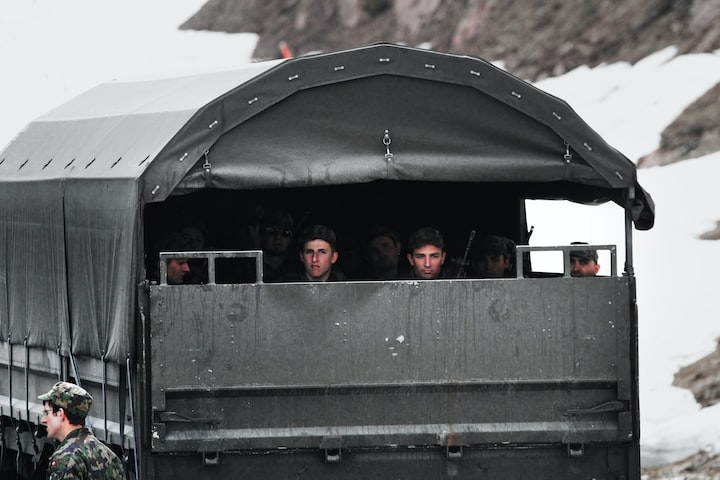 Photo by Simon Infanger on Unsplash

Mother was asleep after a 12 hour shift at the factory when three knocks came from the door. I opened the door as to not disturb mother and found York, the local messenger, and in his hand there was a black envelope. I fell to my knees and screamed as I clutched the envelope. That was the cue for York to leave.

Soon it was night my mother and I held hands as we stared at the wall. Lex now joined Ethan, Xiro, and Siegel. My mother had lost all four of her sons, fighting for a country that labeled us as less. For the next following days she'd stare at me knowing that I would be the next black envelope. I quickly embroidered another black stripe on to the flag that hangs from our porch. No one noticed and I don't blame them. Everyone has at least one black stripe on their flag.

There was no funeral held, for we live in the ghetto and no one from the ghetto receives a body to mourn. Our losses are seens as a duty, but the losses of those from the City are seen as sacrifices. Our sons fight front lines while their sons almost always return with medals rewarding them for the bravery of our sons. In the case a son of the City dies, a body will always be brought back, medals and flags will lay on their casket while their mothers are saluted by the platoon leader their son served under. We get one single black envelope. After a few weeks mother starts acting a bit more normal.

"Bye Jordan I'll see you later tonight okay. I'm going to try and get some flowers for the altar. Don't wait up on me child and head to bead by 10."

"Bye Ivy. I'll go get some candles from the store. "

"Child what did you call me?'' She said in angrily yet she smiled in a way.

" I was just kidding mom. Alright, I'll see you later. Love you."

"That's what I thought. Alright be in bed by 10. Love you." She chuckled and closed the door behind her.

I lay on the couch waiting for her only to be woken up by a burning sun on my face. I get up and go to the bedroom. She is not there.

"No" I run to the alter and find no flowers. She never came back.

I quickly dress, forgetting my winter jacket at home and head out the door to Yorks office to ask if she is in a holding center for staying out after midnight. The cold winter wind gently and slowly begins to bite at my face and hands. I hope she didn't sleep out in the woods yesterday. But if she got caught her back is probably split open now from the 50 whip fine received after one is catched wondering the streets after midnight. I walk into Yorks office and stride to the counter. Shaking out of fear and cold.

" York have you seen my mother, Ivy? She didn't come back home yesterday. Do you have any messages for me from a holding cen-" I ask as steadily as I can.

"No." He looks at my red and trembling hands blankly. Then looks me in the eyes before quickly looking down.

"I- I don't have any messages from her for you. I'm so sorry. I am so sorry Jordan" He shakes his head as he slides an envelope onto the counter. A stark white envelope, with a white wax seal, and my name neatly written in scarlet.

I stare at it blankly. I have been summoned by the Holy Court of Eden. I sit on the floor and rip the envelope open.

"Jordan Winters, you have been summoned by the Council of Eden. Arrangements have been prepared. You will be escorted into the City by officers of Eden. Only wear white as to not disturb the citizens of the City. To be late to this arrangement will be met with a cut on your monthly ratios. - General Newman"