Everyone criticizes plastic, but nobody remembers toilet paper: for it, we are destroying forests around the world

by John Anderson 24 days ago in habitat

Toilet paper is a huge problem 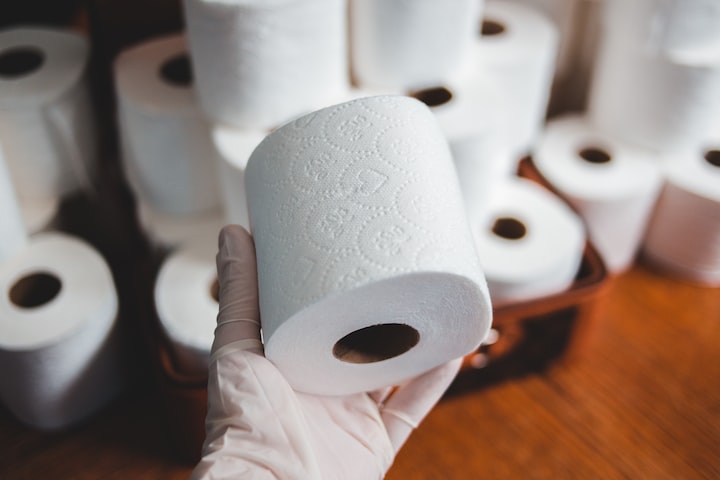 Plastic is a huge problem: By 2050, there is expected to be more plastic than fish in the ocean. This shows the scale of the problem at hand. But it is not, by far, the only one and it seems that nobody talks about toilet paper anymore.

A little over a decade ago, the paper was the target of climate concerns: deforestation, the carbon footprint, social conflicts ... A concern that is especially disturbing when we consider the amount of toilet paper we consume. However, plastic seems to have displaced a concern that, to this day, remains legitimate.

It is curious how the conflict over deforestation continues today. We are not talking about environmental impact, only. In the boreal forests of Canada, for example, whose tree mass accounts for a sink of 12% of the world's total carbon, more than 11,312 million hectares have been logged in just 20 years. Interestingly, over 80% of this wood goes directly to the production of toilet paper, accounting for 23% of Canadian exports.

Deforestation not only supposes destruction of the carbon sink but also implies the loss of the habitat of millions of species, reducing biodiversity. As if all this were not enough, it also involves a direct conflict with indigenous communities that see their habitats reduced. Canada maintains an open lawsuit with more than 600 communities. And all because of the role of our bathroom.

In 2017, 110 indigenous people were murdered, allegedly, due to issues related to deforestation

In the Amazon, for example, it involves war. The news of indigenous tribes assassinated by the guerrillas and mercenaries of the deforestation industry in Brazil is famous for its history. Not long ago, in 2017, 110 indigenous people were murdered, allegedly, due to land issues. Mass logging follows the eradication of tribes, of course.

These conflicts are not always directly related to the paper industry, but they are related to deforestation and habitat loss. Many times, these fellings aim to create new pastures for the livestock industry, open new cultivation boundaries or, simply, make way for construction. But, in all cases, forests are reaped, just like the lives of many people. In some of them, it's just for a few more tons of toilet paper.

But how much toilet paper do we use?

It is estimated that around 27 rolls of toilet paper are consumed worldwide per person per year. These figures vary widely between countries, with some such as the United States or the United Kingdom being the largest consumers. Even in places where toilet paper is not a priority use, in the bathroom, this product is used in cleaning tasks.

This implies an estimated annual expense of more than $ 30 billion in spending this product alone at home. It also means the consumption of about 384 trees per person throughout their lives, only for personal hygiene issues.

In the United States, recycled toilet paper accounts for 2% of the sales of the most famous paper brands. This figure contrasts with that of other countries, especially Europeans or Latin America, where recycled products reach up to 20% of the market, ten times more. This supposes minor deforestation, in general terms. But it's not enough.

In Spain, Royal Decree 293/2018 on reducing the consumption of plastic bags, forced businesses to collect plastic bags. As of 2021, they cannot be distributed even by paying. This is one of the measures used against the excess plastic that is flooding the planet.

Certainly, this material, although it is a magnificent solution to hundreds of daily problems, is also a threat and people are becoming increasingly aware of it. However, as the alarm grows for this, it seems that the attention on the problems of the paper diminish, although the impact continues to grow.

In 2016, the carbon footprint of the paper industry accounted for 1% of the total worldwide. This implies at least 420,000 tons of carbon dioxide per year, not counting the rest of the greenhouse gases. In comparison, plastic will emit "only" 850 tons of greenhouse gases during 2019, according to the International Office of Environmental Law.

The difference is abysmal, but it finds its meaning in the implications of the role: its carbon footprint is calculated not only from emissions but also based on the amount of forest mass it destroys.

The paper industry pollutes from different points and they are difficult to summarize only as of the carbon footprint (as it happens with plastic). In addition to industrial emissions, the paper industry has a significant impact on water, as it contains residual components such as lignin, which comes from the paper pulp (and which is one of the main organic vegetable polymers, insoluble and difficult to degrade ), alcohols, chelating agents, inorganic substances such as chlorinated ions and compounds with transition metals.

In other words, the paper industry uses a lot of components that, spilled in water, can be very dangerous for life. In recent decades, its discharge has been sharply regulated, but it remains a problem to be dealt with. Only in the US, according to the Environmental Protection Agency, accounts for 9% of discharges to waters. In addition, it is estimated that between two and thirteen liters are needed to make each sheet of A4 paper, which is a huge and barbaric amount of water.

On the other hand, solid contamination is also a huge problem. It is estimated that at least 26% of the waste from landfills is paper or derivatives thereof. Although many go to recycling, others go to other polluting processes, such as incineration, which swell the numbers of the carbon footprint.

In addition to carbon dioxide, the paper industry emits considerable amounts of sulfur compounds, such as hydrogen sulfide and dioxide sulfide, carbon monoxide, nitrogen oxide, ammonia, mercury, and nitrates. Many of these components help increase the blissful carbon footprint, in addition to producing other related problems and are a by-product of the process of turning wood into pulp.

Recycled paper is better (and there are other alternatives too)

Of course, there are solutions to mitigate the pollution created by the paper industry. The best known is, without a doubt, recycling. Fortunately, the components of the paper are tremendously strong and, although degradable, very slow to decompose. This allows them to be reused numerous times.

Another important aspect is that this recycling process requires much less water and resources than making the paper from the pulp. It also produces less air pollution and, of course, does not require the felling of huge amounts of wood, which reduces the impact indirectly.

Why aren't they used more often? That is a good question. While products made from straw and bamboo are not as profitable, due to the lack of knowledge of an industry already very accustomed to the processing of wood pulp, recycling, which is used, continues to be a marginal product, although growing. But is it enough?

Perhaps, and it's an assumption, plastic has overshadowed our concern for paper in recent years. Perhaps we have forgotten a little about the effort to find recycled paper when consuming paper products. However, the European Council for Paper Recycling estimates that, in Europe, up to 71% of the paper produced is recycled.

But more and more new paper continues to be produced. You cannot recover and use 100% of the paper used. ** A large amount of it goes to the corrugated paper of the packaging **, and not so much to the books or documents. On the other hand, the amount of paper reused in daily products is increasing, including bags and writing items.

Our needs on paper, despite the rise of digital documentation, continue to grow. With plastic, growth has been out of control. Its impact is less in numbers, but more durable over time. In summary, both paper and plastic are two everyday elements that we must not forget if we want to make a better world.

In both, one thing agrees with social awareness, to put pressure on the industry is essential. Fortunately, today, we are increasingly aware of the need to spend less plastic, but we must not forget that there was a time, not so long ago, when the paper was a major environmental concern.