by Jenna JG 5 months ago in fantasy

Be careful what you wish for. 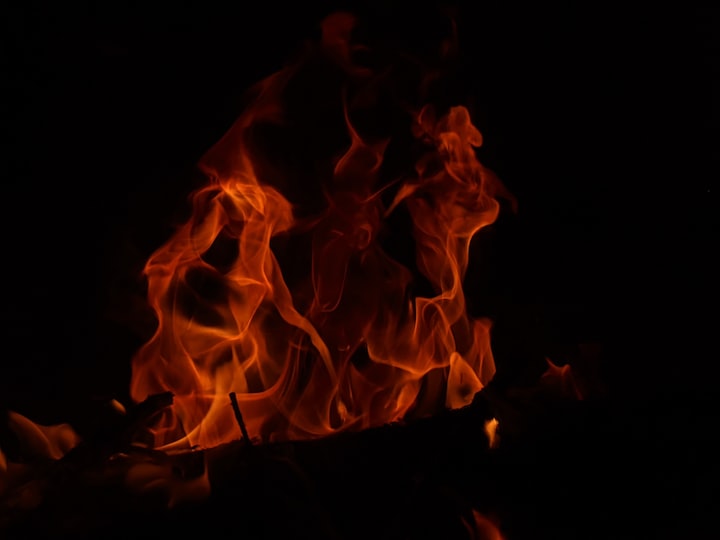 Photo by Alexey Artyukh on Unsplash

She awoke with a groan, stretching out and banging her head on the ceiling above her. In a violent burst of helpless frustration, she cursed the world and everything in it. It seemed she would never get used to this place-- this frigid, dark, godforsaken place. For a time, she had clawed a primitive sort of tally on the wall to mark the days (or at least, what she thought were days). Alas, the markings were no match for the fire of her rage and desperation; they had long since been charred away.

I suppose I deserve this, she grumbled to herself while making her way across the space. Did I not wish for this? Did I not bring this upon myself?

Her thoughts were interrupted by a loud rumble. She turned abruptly towards the source of the noise. The faintest crumbling could be discerned over the light clinking of the glistening golden coins underfoot.

Goblins, she hissed to herself, readying the flames within. The crescendo of the approaching creatures rivaled only that of her beating heart. They were close now. She waited, poised and steady, the glint in her eyes the only light in the place, and the fire brewing the only heat.

At last, the moment arrived. With a vicious roar, she let out a ferocious burst of flame. The blaze engulfed the aperture the intruders had made and illuminated the cave. She caught herself in horror. That was no goblin.

Lucas, she faltered. What have I done?

Fearing the worst, she rushed over to him, moving the stones away with a sense of pained urgency. To her great surprise, he remained unfathomably intact, completely unscathed. She did not know why, nor did she care. There were more urgent matters at hand.

What could she do? How could she tell him?! She looked around desperately, her gleaming eyes scanning the cave.

"You don't have to tell me anything," he said, his voice weary yet strong. Hoisting himself off the ground, brushing the debris from his shirt and wiping the ash from his face, he walked towards her. With eyes of obsidian, he gazed into hers and revealed, "I know about the curse."

She turned her head in shame. Then he knew why she was here... why she could not leave. He knew everything, including the choice she had made.

"We can start over," he continued, head held high, even as hers was lowered in wretched humiliation. With a softer voice, he went on, "Lia, I know how to break the curse. I can get you out of here."

Eliana looked back at him, not daring to hope. Why should he want to help me, after what I did? she wondered.

"It couldn't have been easy," Lucas mused. He paused, hesitating. "Do you regret it?" he finally asked.

In response to his question, Eliana let out a fiery roar indeed, consuming a mound of treasure and reducing it to a flowing river of gilded guilt.

Lucas, his jaw firm and his eyes sparkling, allowed a smirk to creep up the left side of his mouth. "Let's end this," he said. From his pocket, he produced a small object. Eliana could see that it glinted in the light of the embers. She ventured closer to get a better look.

The closer she came to the object, the stronger the pull she felt to continue. The cave grew increasingly full of light-- not the orange glow to which she had grown somewhat accustomed but real, natural, white light.

She awoke slowly, a profound sort of calm washing over her. Brushing an ebony lock of hair away from her emerald eyes, it struck her that she had both the hair to be swept and the hand to do the sweeping. She was delighted to see that her hand continued to her arm and, indeed, the rest of her body.

With an ease she had come to miss quite dearly, Eliana arose from where she lay. Rejoicing in her newfound humanity, she danced around gleefully, allowing a girlish giggle to escape her lips. Mid-turn, she caught sight of a figure in the distance. In fact, it was the only thing she caught sight of, for there was nothing else to see. She had been dancing on the floor, but there was no floor. Neither were there walls, nor a ceiling, nor anything-- just a blinding whiteness. How strange, she thought to herself with a shrug.

Drawn to the figure she had noticed, Eliana made her way forward (or rather, what seemed like forward). As she approached the figure, she could feel the calm evaporate. It was replaced by an anxious sort of dread, and she knew why.

"My dearest Eliana," he welcomed her with a sneer. "Whatever brings you back to me? Have you had enough of your coins and trinkets already? Did you not enjoy the cave?"

She glared at him. "You tricked me. You evil--"

He threw up his hand. "Did you not wish for riches?"

"Did you not wish for the power to vanquish your enemies?"

"And did you not agree to give up love and light in exchange?"

Eliana sighed. "I did." She took a shaky breath. "But I was wrong," she said, raising her gaze to meet his.

"Ha!" Victor retorted. "You were wrong. How positively human of you. How splendidly predictable! You disgust me. You amuse me too. You're all the same." He paused, brooding for a moment.

"I want to go back," implored Eliana.

"Oh, of course you do," replied Victor with sarcastic empathy. "I tell you what; I can offer you something even better."

Victor moved closer, circling like a vulture as she pondered. From behind, he leaned in and whispered, "And all I would need in return--"

"No!" Eliana screamed, rejecting him all the more after her failure to do so in the past. Victor shrank back, surprised at her tenacity. "No," she maintained firmly. He looked ill now, clearly bothered. "I will not!" Eliana continued. She could almost see Lucas' face now. The world was spinning, but she was not.

"But I can give you..." choked Victor, ever weaker.

"Nothing," Eliana replied. "You can give me nothing." All was still.

"Eliana. Lia, can you hear me?" Her eyes fluttered open to reveal Lucas leaning over her.

Lucas reached for her, cradling her porcelain face in his hands. "It's you," he replied.

See all posts by Jenna JG →