by Blake O'Connor about a year ago in scifi movie

Many have tried and failed to usurp the legacy of Kubrick's masterpiece. Learn about the reasons why '2001: A Space Odyssey' is the best sci-fi movie ever made.

Like Homer's Odyssey, 2001: A Space Odyssey is a parable that will live on for generations and unearths many philosophical questions. Released in 1968, director Stanley Kubrick, writer Arthur C. Clarke, and actors Gary Lockwood and Keir Dullea brought the sci-fi genre to the general public. Once a fringe genre found in pulp magazines, Kubrick satisfied the dream of fans with a big budget film. Every film fanatic and director of this generation must pay their homage to 2001: A Space Odyssey since it transformed many crucial elements for film making. Despite directors who made their own sci-fi inspired by 2001, they have still yet to surpass their master. Its innovative filming techniques along with its cultural significance, nearly 50 years later, define its lasting legacy. Those are among the reasons why 2001: A Space Odyssey is the best sci-fi movie ever made.

Tropes from the science fiction genre take a thematic center piece in Kubrick's seminal work. Arthur C. Clarke, a renowned sci-fi writer, helped to write the screenplay, and proved to be a great collaborator with Kubrick. The film's initial intention was to capture, "man's relationship to the universe," which it certainly delivered. In the short span of 137 minutes, Kubrick and Clarke explore themes of existentialism, human evolution, artificial intelligence, and the possibility of extraterrestrial life. Before watching the movie, it may seem like it is trying to bite off more than it can chew, especially with the introduction of the extraterrestrial species and their black monolith, which has the power to be a catalyst for evolution in early hominids and birth a star child. Although, Kubrick does not bring the viewer down any one specific rabbit hole, its a perfect tasting menu of philosophical and abstract concepts.

No More "Monsters and Sex" 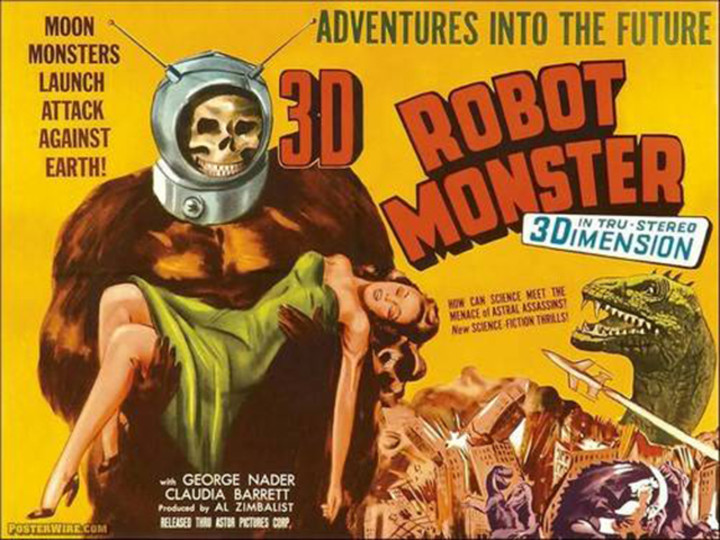 Before the release of 2001: A Space Odyssey, sci-fi films were relegated to niche fans by magazines and pulp magazines, like Amazing Stories. Kubrick adapted Clarke's The Sentinel as the starting point for 2001, and gave audiences a story line with just enough jarring elements to pique their curiosity and attention. Making a film that satisfies both the core fan base and the general public is excruciatingly difficult for directors, but somehow Kubrick and Clarke make it happen. While the success cannot solely be attributed to Kubrick and Clarke, they certainly helped to proliferate science fiction as modern myth-telling.

Kubrick spent an immense amount of time (and money) planning perfect cinematic experiences to amaze audiences. One of the standout scenes is above, where Kubrick paid an engineering firm approximately $5 million dollars (in today's money) to build a 30 ton rotating ferris wheel. The end result is visually mesmerizing; the color tones, the lines, the symmetry—truly iconic.

Sound is an essential element to a film, giving viewers more complete emotional experiences rather than just visual stimulation. Kubrick specifically made Space Odyssey to be a nonverbal film, putting the music in the forefront. With almost no music played during scenes of dialogue, the film tries to capture the emotional experience of being in space. Film makers face a difficult dilemma about scores for movies about space because sound is not possible in outer space. Notable scenes that use a classical music style to enhance the cinematic experience are the space docking sequence (Johann Strauss II's The Blue Danube) and the opening shots of the sun, moon, and Earth (Richard Strauss's Also sprach Zarathustra). Kubrick handled the challenge of crafting a soundtrack well, and created a memorable one that certainly influenced scores for later space movies (like Interstellar, for example).

Kubrick had the privilege of transitioning a mostly print genre into medium that graced the screen—with a budget way ahead of its time. Finishing with a budget of around $12 million, which adjusts to over $73 million today, Kubrick took no short cuts in Space Odyssey to ensure the right visual aesthetic. Only 20 minutes of dialogue take place throughout the whole movie, letting the score and eye grabbing visuals preform the experiential legwork. For most of human existence, stories and narratives have either been communicated through word of mouth or written language. While many loved the film for its visual narrative, many critics lambasted the film when it first came out because of its experimental storytelling method. However, the powers of visuals eventually won—with over 400 million dollars from the box office in today's money, and winning an Academy Award for best visual effects.

Some quote Albert Eisenstein as the third secret collaborator on 2001. Although Eisenstein died in 1955, his theories of Special Relativity (which limits space travel to below the speed of light) and General Relativity (which explains gravity and predicts wormholes) were strictly adhered to in the movie. Kubrick implemented these principals by realistic demonstrations of microgravity—with the floating pen, the flight attendant’s Velcro shoes, and the zero-gravity toilet. Kubrick wanted all aspects of the movie to be grounded in fact, thus making his projections about the future of humans more compelling. This is as much a movie about trippy visuals as it is a commentary about the future of human existence.

While the Academy nominated Kubrick for four Academy Awards, he only took one home for the visual effects. It is certainly well deserved too, as he used an unproven front projection method to achieve early 'dawn of man' sequences, as well as the walk on the moon. You are probably curious about the Stargate sequences as well. Referred to as the 'Manhattan Project' by the staff, they achieved the nebula-like phenomena on David Bowman's helmet with thousands of high contrast images on film, electron-microscope photographs of molecular and crystal structures, and swirls of paint and chemicals. Special effects were an integral part to the movie's success, but should not overshadow the innovative visual narrative.

2001: A Space Odyssey is one of the best sci-fi movies ever, but is also one of the best artificial intelligence movies ever made. A trope explored by numerous movies since 2001, artificial intelligence is a popular theme that either helps humans achieve utopia or dystopia. The latter is certainly more popular among writer and movie directors.Kubrick's early use ofartificial intelligence demonstrates his unrivaled insight, 2001 is the third film in the United States to feature AI, with only The Day the Earth Stood Still and The Invisible Boy featuring it before. 2001's offspring includes Alien, Blade Runner, and Westworld, which all owe debt to the HAL 9000 computer for its exploration of a rogue AI. This topic never seems to run out of off-shoots and deviations, especially because reality is starting to look ominous with continual increases in AI performance. Realistically, would you ever want one of these AI devices for your home? 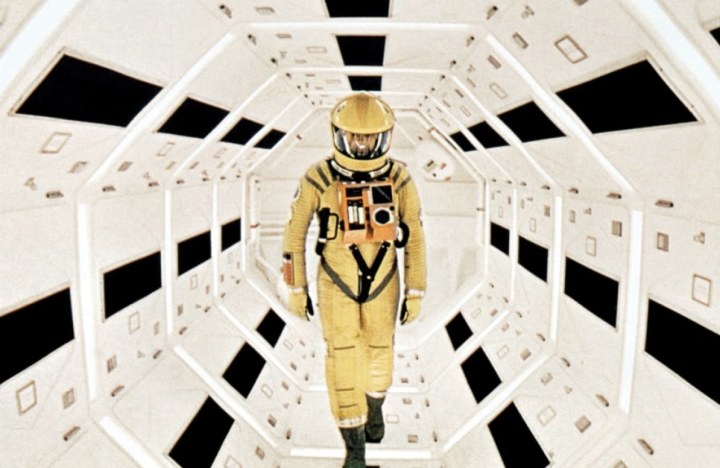 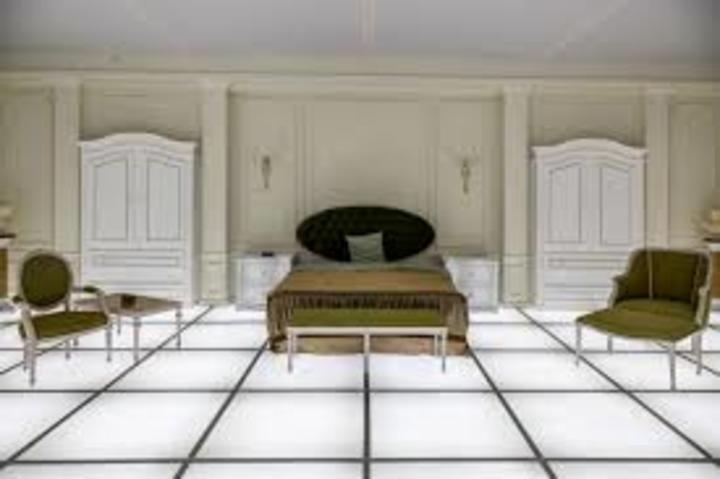 The open-ended nature of the conclusion is truly one of the strongest points. It allows for viewers to explore their own analysis about human existence. Unlike recent projects like Westworld, which takes a nihilistic stance on human existence, Kubrick ends 2001 in a slightly more optimistic tone. Clarke likely battled to the death with Kubrick over the ending, because Kubrick's other movies, such as Dr. Strangelove and Clockwork Orange, are more cynical about human existence.

The many reasons why 2001: A Space Odyssey is the best sci-fi movie ever made speaks to the movie's character, innovative drive, and cultural significance. While many films and TV shows have tried to build upon the foundation laid by Kubrick in 1968 with 2001: A Space Odyssey, none have accumulated the cultural significance or garnered similar critical attention. To surpass 2001, a film must go beyond the traditional tropes of a 'rogue AI,' space travel, or make convoluted remarks about human existence. They must become a springboard for future generations to build new content—likeDune for sci-fi films. It is certainly a tall order.