by Ravi Shankar Rajan 15 days ago in sexual wellness

The female orgasm is complicated and contentious. 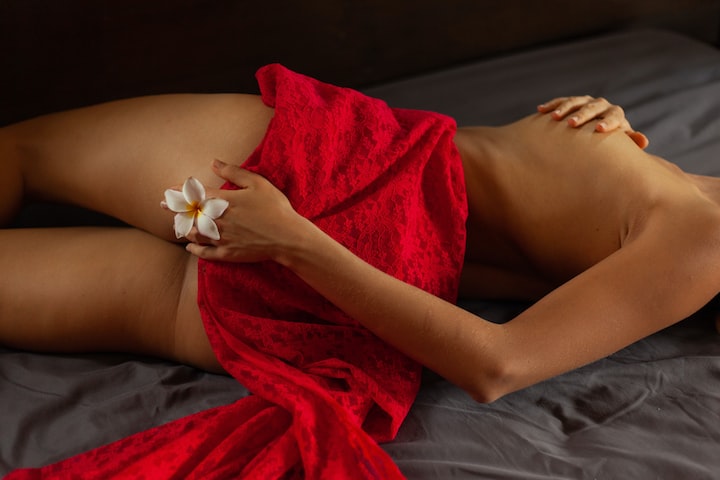 The female orgasm is quite complicated and contentious.

And speaking of orgasms, it is definitely not an even playing field for women who sleep with men. Men consistently have more orgasms during sex than women. In fact, according to Cosmopolitan’s Female Orgasm Study in 2015, only 57 percent of women were orgasming most of the time when they had sex, compared to 95 percent of their male partners. This depressing phenomenon is known as the orgasm gap.

That said, the main reason behind this gap is the inability of men to understand the nuances of the female orgasm.

Yes, Men, you are going To Hate Hearing this … But It may be Your Fault.

Coming to the stats, an estimated 10–15 percent, simply cannot orgasm. A whopping 75 percent of women will never orgasm from penetrative sex alone. This might be why 67 percent of women admit to occasionally faking orgasms. And adding to this fakeness; only 20 percent of men think that their partner has faked an orgasm.

That said, the worrying factor is that a huge chunk of the men (43% to be precise) cannot identify the female orgasm (or the lack of it) in the first place.

And here are some things men really need to know about the female orgasm.

A majority of women do not orgasm through penile-vaginal intercourse alone.

Women can orgasm from repeated stimulation in dozens of spots on their bodies, including lips, nipples, ears, neck, fingers, and toes.

In fact, you would be hard-pressed to find a spot on a lady that will not make her orgasm if you play with it enough. For example, simply fondling the nipples can actually make women orgasm. It activates the same parts of the brain that are stimulated during genital foreplay.

So the key here is foreplay.

Extended foreplay over the clothes, concentrating on less obviously sexual parts of the body or even dirty talk can create a slow buildup, which can prepare your lady, culminating into a satisfying orgasm.

The Clitoris Is Not An Elevator Button.

The rule of thumb is that pressure can be applied as needed but overdoing is a major turnoff.

And the clitoris is not a button.

It is not something you press so that you can get orgasms on a platter. It is actually almost as big as a flaccid penis — about 4 inches, it is just that almost two-thirds of it is hidden from view. In addition, it grows as women age. And it’s only function to give a woman pleasure, with almost 8,000 nerve endings that are primed to explode if you treat it kindly.

Which means there is so much potential for giving her pleasure. Use it wisely. Not every woman is a fan of finger banging, which can feel rough and somewhat pointless. Be gentle.

One of the most bizarre lines men brag is how they can “f**k all night.

Women get sore eventually and if they have already orgasmed once or twice, things are probably getting to that point of sensitivity where it does not feel nice anymore. There is no need to keep going for another hour just because you can.

Always remember the vagina has a limit to self-lubricate itself and once you cross it, sex becomes a duty than a joy to be looked forward to.

The orgasm Isn’t everything.

The Big Orgasm Is Great but It Isn’t Everything.

The problem is that men generally assume if a woman isn’t orgasming, she is not having a good time. This also puts performance pressure and is one of the root causes of “fake” orgasms.

For one thing, sometimes, no matter what you do, she just can’t get there. There are tons of reasons for this and they change from one day to the next. Putting pressure on her to orgasm isn’t going to make anyone feel good. For women, unlike most men, sex in itself can be enough; it doesn’t have to be a means to an end. Sometimes the mere act of “touching” can do the trick.

And all women turn the volume up during the act because they know you like it. This isn’t lying, but embellishment, and it would be nice if men also reciprocate.

Sex is no place to show masculine stoicism. A little verbal appreciation in the form of moaning and groaning makes a nice two-way street.

Lastly, No Two Women Are The Same …….

Obviously, every woman is different, and even with these most general of guidelines, you’ll find dissenters.

So the point is, if you are a born Casanova with a solid script working for you so far, chances are very bright that it might fail miserably this time. Why? Because every woman is unique, and it is going to take different things to get her off.

That said, there is also a strong possibility, she actually knows exactly what needs to happen to turn her on but is afraid to say so because her path to orgasm has been perceived by other men or the culture at large as bitchy or emasculating(read vibrators, sex toys).

While it is great to want to give your lady pleasure, accept that different women experience sexual pleasure in different ways. That wonderful, wonderful kind of acceptance from a partner is what fosters amazing self-expression on the part of a woman and makes sex a truly two-way mind-blowing experience.

Orgasms are like temporary aspirins. The oxytocin — or the happy hormones — released during an orgasm can relieve all kinds of aches and pains. While the effect may last only for a few minutes, it is still something to be cherished if done properly.

As J.D Sallinger has rightly said.

“A woman’s body is like a violin and all, and that it takes a terrific musician to play it right”

Ravi Shankar Rajan is a information technology program director working in Mumbai, India. In his free time, he loves writing articles and frequently contributes to various online blogging sites and networking forums .He writes on a variety of subjects ranging from programming,leadership, creativity and even dabbles a bit in poetry. He is also an Haiku poetry writer, archaeology enthusiast, and history maniac. Connect with Ravi on LinkedIn, Substack and Twitter.

Ravi Shankar Rajan is a program director working in Mumbai, India..He writes on a variety of subjects ranging from programming,leadership, creativity and even dabbles a bit in poetry.