The Triumphant Return Of Victorian Prostitutes

by Jessica Bugg 17 days ago in vintage 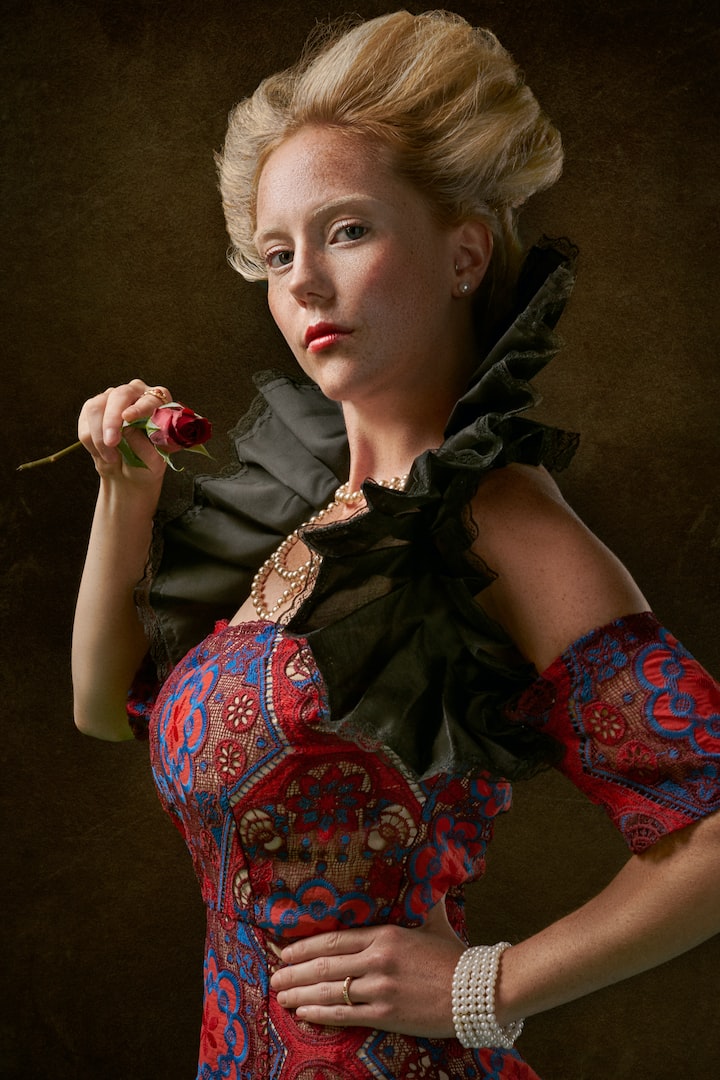 The Victorian-era . . . dominated by strict etiquette, a certain level of prudishness, and a shit ton of rules. Named for the reigning monarch of the time, Queen Victoria, who ironically had a ton of kids with her consort, Prince Albert, for someone who seemed so unreasonably uptight . . . historians blame that on an overbearing governess who completely kept Victoria sheltered from the sin of the world. Yeah, fuck that governess. She only set us back by at least a hundred years.

But like any era, when you make something taboo, you only make it profitable and more desirable. Historically, the adult industry booms when the common women/men are chaste or at least encouraged to be so.

So today we are going to look at some surprising facts you may not know about Victorian prostitutes.

Prince Albert, Consort To Queen Victoria Had A “Tutor”

Prince Albert, who was a very intelligent and thorough man, also had a moral code stricter than your middle school guidance counselor. While the men in his family entertained all sorts of nefarious activities, Prince Albert was kinda vanilla.

When the time came to wed Victoria, Prince Albert was gifted one of the best prostitutes money could buy for an evening so that he could learn how to please the Queen. Now, many historians say that Prince Albert being a virtuous man refused to even tough the woman, preferring instead to take notes on what to do. IDK, readers, I kinda wanna call BS on that one. Regardless if Albert touched the prostitute or not, clearly he did something right as he and Queen Victoria would go on to have 12 children.

Before OnlyFans, You Could Put Your Spouse Up For Sale

Women in Victorian England were expected to earn money just like the men (interesting how school teaches us otherwise). If the family was in need, women would be expected to go work the streets, no matter their age or other obligations. Yes, I said regardless of age. Which means if the rent was due and times were tough, Grandma may have to hit the corner.

A lot of this speaks to the great wealth divide that persisted in Victorian England. It was kind of that era’s Only Fans as we see a similar wealth divide now. Hey, rent has never paid itself, now has it?

The imagery of the Victorian prostitute is that they were toothless, dirty, and had very little money. While drama and Dickens portrayed that image, honestly, it couldn’t be further from the truth. You are more likely to find a toothless prostitute with no cash who will suck you off for a $20 on the West Side of Jacksonville than you would be in Victorian England. Again, when times are prudish . . . nothing will sell like sex.

We do love a good class system and Victorian prostitution had one. There were three distinct classes of prostitutes:

Lower Class Prostitute: These sex workers would cater to the lower classes and often utilize a brothel in order to meet clientele.

Middle Class Prostitute: These sex workers had their own house or apartment to conduct client meetings and catered to the middle class, the barristers, the small bankers, small merchants, etc.

Upper Class Prostitute: These sex workers were well off and supported by one sole benefactor. These were the original sugar babies. By taking one benefactor, they did not have to entertain a large clientele list and often were prohibited from doing so in exchange for their patronage.

Most of your middle to upper class prostitutes were actually very well educated having attended finishing schools or boarding schools. The educated prostitutes were accomplished in every subject from literature to music; often having more education than the average woman. It makes sense really considering that these workers would entertain high level individuals and the most seductive thing you have is your mind.

S&M, Gay, and Other Themed Brothels

Brothels in Victorian England were not a one size fits all type deal. You could find brothels that catered to S&M, bondage, menage, and gay brothels. I feel it necessary to include gay brothels as a theme because number one, that was a theme at the time but also because homosexuality, bisexuality, basically anything that wasn’t hetero-normal was not openly discussed at the time, so I think it’s awesome that gay brothels existed.

Guidebooks existed with photographs, age, personality, and price. You could even comparison shop your prostitute to find the best value for the money. Historians even have record of travel guides mentioning that prostitution was a must do activity when visiting London, kinda like an old school Amsterdam.

Shockingly, prostitution was legal in Victorian England, so sex workers were free to practice their profession without fear of punitive damage . . . but a bunch of other things were NOT legal. So on a technicality, a lot of prostitutes ended up in jail anyway.

While prostitution WAS legal in Victorian England, other activities were most definitely not. Some of the activities prostitutes found themselves in jail for were activities as innocuous as congregating outside in a group which was illegal or being intoxicated in public which is still illegal.

But never fear, jail was very different in Victorian times . . . if you had money which most prostitutes did. You could shorten your sentence, upgrade your room, if you had enough money you could even choose to carry out your sentence at a politician’s house, and you could even pay someone to go as your substitute to jail. I think we need to bring some of those upgrades back in modern times, just saying.

A Sentence Worse Than Prison . . . Reformatories

Child labor was rampant in Victorian England and you could find children working everywhere from the farms to the factories to the brothels. With a legal age of consent being 13, it was common to see very young girls and boys working in the brothels. Some families were in debt and needed money so badly, they would sell their children to the brothels when they were even younger than 13. These children were often given alcohol and drugs to make them agree to the deal.

You Gotta Pass The Virgin Test . . . And Other Forced Medical Exams

The Virgin Price was high in Victorian England but in order to guarantee that the client “got what they paid for” an examination of the young worker was conducted by a physician to ensure that they were indeed intact in order to justify the much larger price for their time and service.

STDs were a problem in the Victorian era, and in order to prevent the spread of disease, prostitutes were regularly examined in order to curb the infection of diseases like syphilis which were a HUGE problem then.

Charles Dickens is famous for depicting the darker side of England’s society and helped usher in social reforms including increasing the age of consent to 18 years old. He even created a home for prostitutes who wished to quit the lifestyle.

Victorian England was often portrayed as being buttoned up, prim and proper, and demure; but in fact, Victorian England had one of the more accepting viewpoints on sex work and sex workers with prostitutes enjoying more freedoms than many married women who were considered property and who could control their own money. Additionally, it was not uncommon for men to work as prostitutes and amass quite a sum of money as well.

Receive stories by Jessica Bugg in your feed
Jessica Bugg
Read next: A Night at the Theatre