The Top 5 Tips - How to Build Sexual Tension Through Conversation

by Word SEX 15 days ago in advice

Sexualizing a conversation is simple, it consists of doing the following: Tease her, make fun of her, poke fun at what she says, or what she's doing and so on. 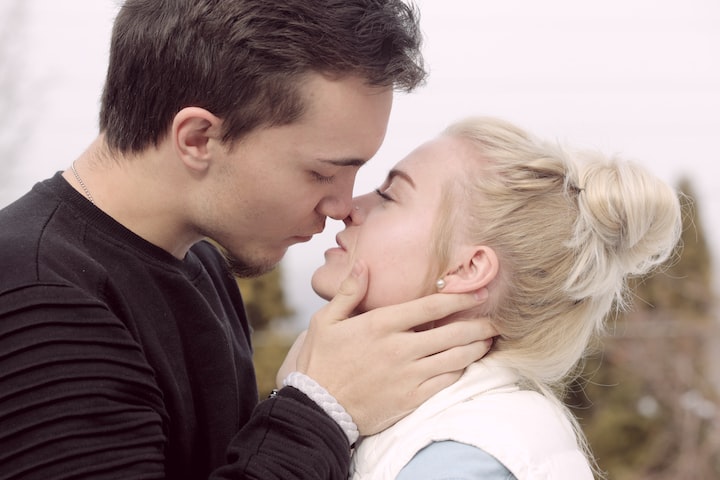 Sexualizing a conversation is simple, it consists of doing the following: Tease her, make fun of her, poke fun at what she says, or what she's doing and so on. Here's a good example, if she makes a lot of eye contact with you or looks at what you're wearing say any of these things, and they will immediately sexualize the conversation: Stop checking me out Did you just check me out?

Don't give me that look… Stop trying to seduce me with those eyes All of these things make the interaction romantic and convey the context of the situation. The context being, you're an attractive high-status guy, and she's an attractive girl, and you're screening her to see if you guys would be a good romantic fit.

Understanding that this is the ideal frame for every interaction with girls you're interested in, makes the words and everything else come easy. Damn, I can't believe I'm giving all my lines away for free. Oh well! But you get the idea, say any of these lines throughout the conversation with a smirk and a lot of eye contact, and they immediately turn the conversation sexual.

Those are things I just thought of off the top of my head, you can come up with better ones that are more tailored to the conversation once you get enough practice and get into the flow.

The Sexaggeration is exactly what it sounds like. It's basically when you exaggerate whatever she says, and turn it sexual. The classic version of this is if she touches you, you can say something like "Woah buy me dinner first".

This exaggeration implies that her touching you was escalating to something sexual. Another one is, "I don't know if I trust you enough to get a drink with you, what if you try to get me drunk and take advantage of me" These are all playful and an exaggeration of what she says or the situation and they're exaggerated in the direction of being something sexual. See how easy this is?

Once you master this and can do it without having to think, interactions will escalate and sexualize incredibly fast, and you'll get way better results.

Push-pull is the very nature of flirting. It's similar to "me you" communication which is also important because it lets you establish yourselves as together and romantically intertwined. It creates the idea of "us" or "we" between you and the girl which is inherently romantic in nature.

Push-pull, is a practical version of teasing and creating "me you" communication. Push-pull is one of the most important things to learn because it helps build the frame that you're screening the girl and are interested but not 100% sold. That's what builds sexual tension.

Remember the phrase, Interested but not sold. Here's an easy example of push-pull, "You're cute, we'd make a hot couple, too bad you're not my type."

This creates a flirty back and forth dynamic between you and the girl and allows for that sexual tension to build up nicely. It builds the chase aspect of the interaction and if done correctly throughout the interaction it makes her chase you.

When you get to more intimate environments, such as your house, a separate part of the bar, or party, and it's just you and the girl slow down. Talk slower, keep really, really, REALLY strong eye contact, slow down the cadence of your speech, and you can even lower the volume of your voice because it's just you and her.

All of these subtle communicators help put her in the mood and will make your conversation a lot more sexual regardless of what is being said. How you say things is equally important as what you're actually saying.

These are all things that you do right before you physically escalate and go in for the kiss and well you know the rest.

Even if your conversation isn't about something sexual in nature, the second you physically escalate, that conversation has become sexualized. So while what you say is important and can sexualize conversation, physical escalation is just as important.

So how do you physically escalate?

I've beaten vocal tonality to death but it's really important to note here because it helps create the frame for sexualizing so I'll go over really briefly. Here are the bullet points, You ready? Avoid ending sentences in a higher pitch tone because it indicates that you're trying to get the other person's approval or validation.

This sub communication indicates a person's status so for this reason, it's better to avoid using a higher pitch tone when speaking to people. And that my friends are it.

SEX is a bad word.

See all posts by Word SEX →