Jack, 51 years old, is working at home, during a lunch, he does not remain insensitive the wife of his tiler 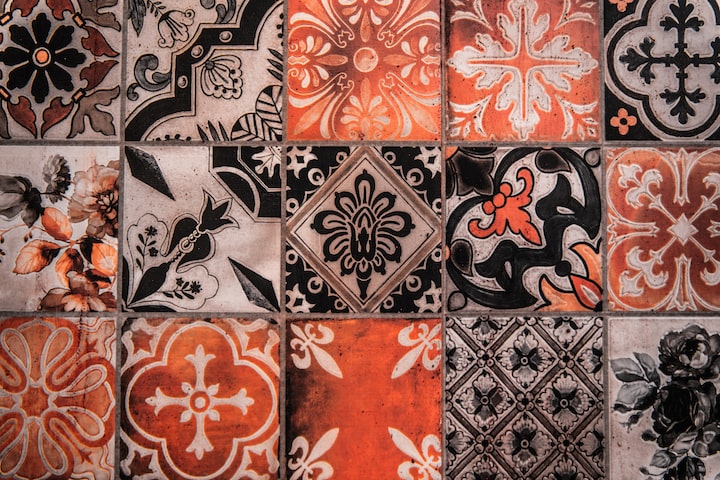 My name is Jack, I'm single. I want to tell you a sex story that happened to me in September 2016. I was having some major work done on my house, and I had hired two young workers to help me. We got along well, we had lunch together. Lola, the wife of Olivier, the tiler and youngest of the two manual laborers, would sometimes join us for lunch. At 24, Lola was very pretty. That day, she was wearing a beautiful little pink dress that showed off her lovely legs. As soon as I looked at her in her short dress, I fantasized about what was underneath

At the end of the meal, which had stretched out over a long period, I found myself alone with her at the table. The two guys had gone back to work on the second floor, in the bathroom. Lola got to work on the dishes, and dropped the pan into the sink full of water. This had the effect of completely drenching her chest. I immediately got up, with a napkin in hand, and went to scrub her dress.

She moaned, "It's a new dress. After many seconds, I realized that it might be indecent to rub her chest and breasts. I gave her the towel to blot herself. In a low voice, she whispered to me: "No, I have to take it off and put it to dry." And, putting her money where her mouth was, without giving me time to go and get her a towel or a long T-shirt, she took off her dress from the top.

Her white cotton panties and pale pink bra were her only clothes. Through the fabric of her bra, I could see the nipples of her pretty little chest peeking out. "You're not cold like that..." She replied that she wasn't, that it was fine, and with a wink that at worst, I could serve as her radiator. I got a hard-on. I got up and approached her. She recoiled and leaned back against the sink.

At the same time, she smiled. I put my hand on her breasts, she let herself go. Her skin was so soft, so warm... My lips joined hers in a long lover's kiss, and it turned into a fiery embrace. My tongue went inside her mouth to touch hers, to exchange our saliva. I had a crush on Lola. I had a hard-on like a bull. Her bold hand opened the fly of my pants and reached into my underwear to caress my shaft. I quickly realized how this whole thing was going to end.

I sucked her nipples that had grown long, and I bent down to stick my face between her well-spread thighs. I licked her fluffy pussy. My tongue lapped at her fleshy lips, wide open to a clitoris that had come out of hiding. I licked it too. The excitement was making my worker's young wife very wet, her juices flowing like a spring. I sucked her little pink clit between my teeth, my tongue went as deep as possible into her. She was squirming in all directions, she was enjoying herself - and me too! She couldn't stop moaning, moaning.

When I inserted two fingers into her slit, she came with a meow like a little pussy. My fingers were still deeply engulfed in her, and I paid close attention to the lapping sound they made in her vagina. She came a second time. Then she pushed my hand away and wanted to give me pleasure in turn. She pushed my stinger into her mouth, barely looking at me, blushing a little. My penis was too large, she had trouble taking it all in. I put my hand behind her neck to push a little. Then she gobbled my testicles between her lips, one after the other, while playing her fingers on my glistening glans. What a delight to be pumped by such a pretty girl!

I grabbed a condom and gently pushed Lola down. I lay down next to her and handed her the condom. She unrolled it on my club and stood over me. With her slightly shaky hand, she directed me straight to the goal. We found ourselves in the tenth position of the Kamasutra, she was rocking her pelvis back and forth, in a more than sensual way, and I could feel her contracting her vagina muscles on my penis. I spasmed as she did, and we came within seconds of each other before collapsing side by side on the carpet

I would never have believed that Lola's pussy was on fire like that. I was so on a high that I didn't immediately realize that Olivier had come down from the top and was calling me, "Jack, Jack!" I put my finger to my mouth as I looked at Lola, re-buttoned my jeans, my shirt and walked out of the room, meticulously closing the door behind me. It was a close call, Olivier arrived in front of the office at the same time. I told him that his wife had left.

He looked surprised that she hadn't told him. Then he said, "There's a strange smell in here. I didn't comment and went back into the office. Lola had put her clothes back on. We felt like two spies when it came to getting her out of the house…

I write to share and express my feelings and sensation.

More stories from Mister Walley and writers in Filthy and other communities.