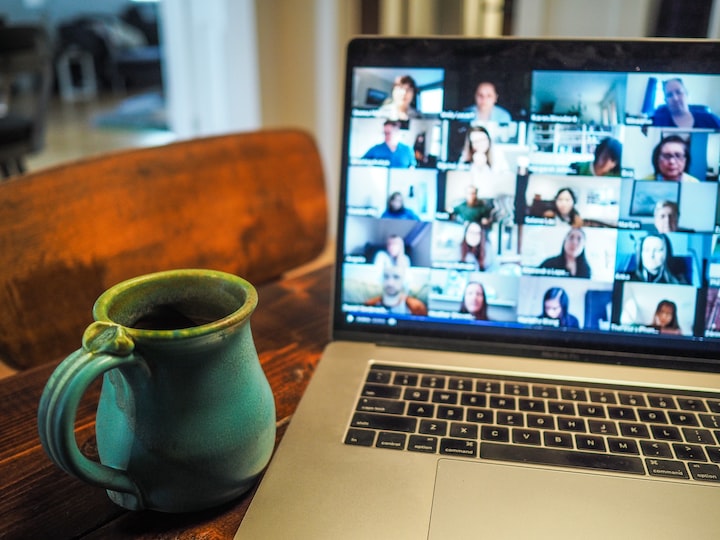 Photo by Chris Montgomery on Unsplash

I had been talking to Jared on a singles app for about a month.

He was different than anyone I had chatted with before. The one major difference is that he was African American, and I am Caucasian. I had never been with a black man before and it was a bit thrilling and dangerous when I talked to Jared, plus he had a lot more experience sexually than I had. We set up a date and time to meet for a sexual encounter. I was excited, yet nervous.

It was 3pm and I sat on the sofa nervously biting at my fingernails and waited for Jared rather impatiently. I kept thinking he was going to ghost me, but at 3:01, the doorbell rang. At first, I just sat on the sofa blankly. Then, I smoothed down my long dark hair, stood up, and smoldered up enough courage to answer the door. Once at the door, I took in a deep breath and then opened it. There standing was a tall, dark, handsome man. He had dark brown eyes and a shaved head. He was fit and had to work out because his body was very muscular. He had on a white muscle shirt and a pair of blue jeans that hugged his thighs in all the right places. He must have noticed me looking him over because he cut in, “Hey, I’m Jared, and you are Aspen?” He asked. “Umm, yes. Yes, I am.” I replied rather quickly. “Come in, Jared.” I smiled and moved out of the doorway to welcome him inside.

Once inside, he grabbed me and picked me up in his arms, and

asked me where the bedroom was. I squealed. He was quite strong. I put my arms around his neck and my legs around his waist then pointed down the hallway to where my bedroom was at. He followed my directions and then we were in my bedroom. Once there, he threw me down on the bed. I bounced up and down a couple of times. Then, I looked up at him from the bed. He was checking me out and it almost seemed like he was going to drool. I had dark auburn hair, dazzling blue eyes, and was tall myself. I was wearing a short, tight jean skirt to give him free access and no panties. I had also purposely not put a bra on so you could see my nipples poking through my light pink t-shirt. “Damn, you are looking fine, girl.” He said before he joined me on the bed.

Jared urged me to the middle of the bed and told me to grip my hands around the headboard and not to move them no matter what. I nodded to show him that I understood. Then, he pulled his muscle top up over his head and threw it on the floor beside my bed. He also took his belt off. He got on top of me and ripped my t-shirt off with much force. Below were my bare breasts. He cupped each breast in his hand. They fit perfectly in his hands. Next, Jared lowered his mouth to my left breast and started to flick my nipple with his tongue. Then, he went to the right nipple and did the same. I clenched the headboard as my nipples began to get hard. Jared then began to suck on my nipples, putting both breasts together and sucking on both nipples at the same time. That was driving me crazy. I moaned as he sucked them. “You got some big ass titties,” Jared went on to say.

Once I couldn’t take it anymore, he started to lick in between my

breasts, then went lower, licking my stomach, and the top of my mound. Jared then spread my legs and opened my slit. My pussy was bare and shaven. He kneeled and dove right into my wet pussy, licking It up and down, and finally found the spot. He flicked at my clit with his tongue making me even wetter. I was moaning loudly as he licked, and my pussy was dripping wet as he went on. What he was doing felt so good. All of a sudden, he stopped. “I want to fuck you,” Jared said. “Are you ready for my big, black cock?” “Yes!” I exclaimed. Then, Jared urged me to turn over and get in the doggy-style position.

Jared stood off to the side of the bed and unbuttoned and unzipped his pants, then let them slide to the floor before pulling them off. He did the same with his boxers. I could see his cock out of the corner of my eye. It was huge, 10”. I didn’t know if I was ready for him to fuck me. I’ve never had a big, black cock before, and definitely never have been with someone that was even close to 10”. Jared climbed onto the bed and sat behind me. He spits in his hand and rubbed it on his huge cock. My pussy was still wet from him eating me, so I was primed and ready to go. He asked me if I was ready, and I nodded to him. Then, he started to stick the tip of his dick inside my tight pussy. It felt nice, although I could feel my pussy stretching as he slid it in and out. “You, okay?” He asked me. “Yes,” I murmured.

Then, Jared stuck his entirety in me. I gasped. He filled my

my whole pussy full with his big, black cock. “Oh my God!” I spoke. He pulled his huge cock out, then put it back in. He did this slowly a few times to let my pussy adjust to the size of his cock. I relaxed as much as I could to welcome him inside of me and when Jared felt that I could take his huge cock, he started to pump it in and out. He took his belt and whipped my ass with it as he fucked me. It felt good having his cock fill up my pussy. I started to buck back against him while he shoved his cock deep inside of me. His whippings started to get harder. They hurt like hell, but the pleasure I was feeling overcame the pain.

All of a sudden, Jared stopped. He told me to move and laid down on the bed where I was laying. He urged me to come closer and told me to suck his huge cock. I came closer to where I was right in between his legs then urged my mouth down to his big, black cock, and started to lick the tip of it. Then, I put it in my mouth and sucked on it in an up and down motion, using my left hand to stroke him as well. He liked the way I was sucking it as he was moaning while I was doing it. Then, he grabbed my head and forced me down on it entirely. I started to gag, but I did my best to suck it good for him. It filled my whole mouth up and down my throat as well. His cock was so huge that it was going down my throat. I kept gagging, but I tried to relax my throat so I could do a better job for him. He was enjoying it thoroughly. After a few minutes of this, he exclaimed, “I’m gonna cum!” I kept my head in place and as I was gagging on his cock, he shot his hot, sticky cum down my throat. It tasted good. Then, Jared let my head go and laid back on the bed. “You’re an amazing woman. Do you know that?” Jared said laughing. “No,” I said laughing as well.

laid down next to him. He held me for a little while before he left. I told him I had never been with a black man before. He smiled and said that he would be back. He let himself out. I stayed in ecstasy for a while longer trying to hold onto that feeling he gave me. ‘He was the best fuck I had ever had,’ I thought to myself, and I didn’t want it to end.