Keith and Ethan have a surprise for Jody 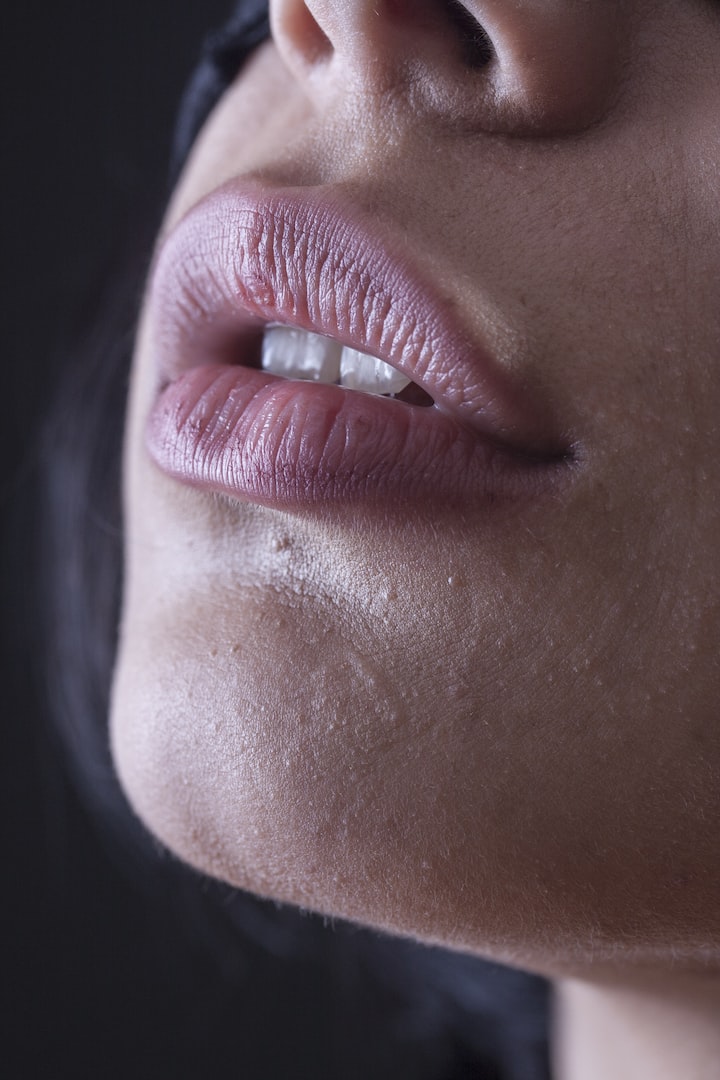 Jodi knelt, naked and blindfolded on the hotel bed, as her husband had instructed. She sat up straight and held her hands behind her back. She was intently listening for any noise indicating that someone else was in the room. She had been in this position for about thirty minutes and was beginning to grow stiff when the door opened, feet shuffled into the room, and the door clicked closed. It sounded like two people had entered the room, but Ethan, her husband, knew that she was not open to a third partner` and Keith, her boyfriend, was out of town. Nonetheless, she trusted Ethan to stay within her limits and was excited for whatever he had planned.

Jodi tensed when she heard the feet shuffle into the bedroom portion of the hotel suite. She suddenly felt as if she was on display for strangers, and her entire body flushed with embarrassment. She relaxed when Ethan said, “God! You look lovely.” She felt his knuckles brush against her cheek and leaned into his hand. With his other hand, he cupped her breast and placed a kiss on her forehead. “I hope you’re ready for my surprise.” He whispered in her ear, breath hot on her neck, sending goosebumps racing down her spine. His hand left her face and breast, leaving her with a cold lonely feeling. There was whispering in the far corner of the room before Ethan instructed her to take off the blindfold.

Nervous and shaking, she reached up and pushed the blindfold off her face. It took a moment for her eyes to adjust, but when they did, she saw that there was, in fact, two people in the room: Ethan and Keith. Keith’s business meeting had ended a couple of days sooner than expected, and he had gotten with Ethan on the best way to surprise Jodi. They were both still fully dressed and seemed anxious. Jodi smiled and motioned for Keith to come to her. She had missed him during their time apart. He climbed on the bed, buried his hands in her hair, and kissed her with intense passion.

Keith climbed back off the bed and began to take off his shirt. Jodi noticed that Ethan had completely undressed and sat in a chair in the corner of the room, idly playing with himself. Naked, and fully erect, Keith climbed back onto the bed, he pushed Jodi into a laying position and pinned her to the bed. He began to kiss her wrists, nipping here and there, working his way down. He grazed his teeth along the sensitive skin of her inner elbow, licked her collarbone, all while keeping her pinned down. She moaned softly when he reached her nipples, flicking his tongue against one and then the other.

Jodi looked over to Ethan, wishing he’d join them, to see him in a trance-like state, watching her and Keith. Ethan’s hard cock in his hand, slowly stroking it as he watched his wife’s boyfriend tease and please her. While she was distracted, Keith had placed her wrists under one of his hands and started to massage her clit. Her body bucked under him at the first touch. He had a way of edging her to the brink of an orgasm and bringing her down again, keeping her right on the lip of bliss.

In her ecstasy, Jodi’s focus on the room spun out of control, and she had to close her eyes to keep from losing control. Her eyes closed; she felt the bed shift as another body joined them and felt Keith release her. He stopped playing with her, and now Ethan was between her legs with a mischievous grin on his face. With little warning, he buried his face into her pussy, flicking his tongue against her clit, his teeth grazing her lips. Keith had positioned himself to have access to her nipples and gently kissed and sucked on them.

Jodi dug her hands into both of her men’s hair, tugging, as she bucked and moaned, cumming over and over again as Ethan worked his magic. When she was breathless and begging him to fuck her, the men laughed and got up, instructing her to get up as well. Ethan lay on the bed, cock standing at attention, and Jodi climbed on top of him, reverse cowgirl style. She lowered her pussy over his cock and moaned as he filled and stretched her open. He reached around and played with her tits while rocking back and forth on his dick moaning as he hit her g-spot.

Keith was watching her take Ethan, stroking his cock, eyes fixed on her little pussy, licking his lips. Jodi wasn’t sure if this was going where only her fantasies had gone, but God! She hoped it was. She licked her fingers and started playing with her clit, leaning back on Ethan’s cock to give him a messy kiss as she tried to keep the rhythm. Ethan pulled slipped his fingers into her hair and jerked her head back, exposing her neck. This must have been a signal because Keith climbed on the two lovers and slipped his cock into her!

Jodi almost screamed when both dicks were entirely inside of her. Surprised that it was happening, straddling the line between pleasure and pain and trying to adjust to this new feeling. Ethan gently bit her neck, causing her pussy to flood with fresh juices and tighten up around the two cocks inside of her, and then released her hair. Jodi went back to playing with her clit and kissing Ethan, and Keith nipped at her ears, neck, and nipples. Both of the men began rocking and found a rhythm that felt amazing for all three of them. As one’s dick would slip almost out of her, the other would dive in as deep as possible.

Clutching at anything she could, Jodi wound up with her nails in Ethan’s thighs, and her lips firmly planted on Keith’s as she stifled moans. Without warning, Ethan pulled out, leaving her feeling more empty than she wanted at that moment. Keith remained inside of her and lifted her off the bed. Standing, still inside of her, holding her ass, he positioned her so that Ethan could enter her as well. Together, the two men bounced her on their cocks, stretching her in a way that she had only imagined.

With one hand on Keith’s shoulders, Jodi licked the fingers of her other hand and furiously played with her clit, rocking on the edge of an orgasm. She held onto the edge of orgasm until both of her men were buried to the hilt inside of her, and only then did she let go. Her pussy clenched, rocked, and spasmed around the two dicks inside of her. She bit down on Keith’s shoulder and felt Ethan’s hands dig into her hips as he tried not to explode. Ethan pressed his body against her back and bit her shoulder blade, causing her to whimper even louder.

Once her orgasm had subsided, Ethan and Keith pulled out of her, and Keith tossed her onto the bed on her belly. Ethan got in front of her and helped her onto all fours. He then cupped her chin and prodded against her lips with his member. Meanwhile, Keith was gently massaging her clit and stroking his dick. When Jodi got a rhythm going on Ethan’s dick, her tongue circling the head and lips tightening at the base, Keith pushed himself into her. She moaned around Ethan’s dick.

Keith got under her, and Ethan was on top this time, but both men entered her and started fucking her. This time there was no rhyme or rhythm to their thrusts, they were both eager to get off, and she could tell. Keith came first, and after emptying himself into her, all while Ethan kept going, he pulled out. Keith wiggled out from under Jodi, and Ethan pulled her head back by her hair. As he came, he sunk his teeth into her neck, trying not to moan as he emptied himself deep within her.

Spent, the three lovers lay in the hotel bed, the two men holding Jodi on each side.

I'm a #bisexual #polyamorous #writer. I cover #relationships, #sex, #sextoys, #dating, #lifestyle, and #books with a touch of #erotica.

If you want to know more about me, check out this article: https://vocal.media/filthy/meet-the-author

See all posts by Lilith Bealove →