by ToxiBera 8 days ago in fiction 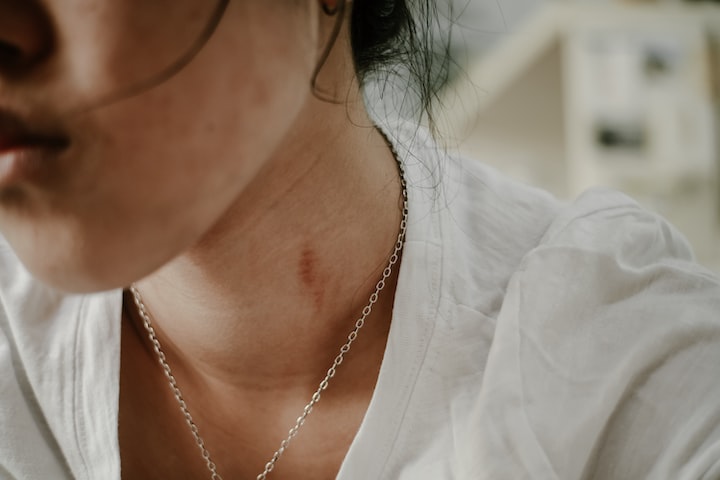 Photo by Hannah Xu on Unsplash

Having been in the hospital for a week and then having to do pain therapy along with physical therapy I am severely done with all this therapy bull shit. I dont want to have to sit i dont want to have to stand specially when i am told to and Don seems to be becoming more and more protective over me and its a nice feeling to have some one be protective over you but its getting to the point where he is almost being fatherly and i cant stand that. If i wanted anything from him right now it would be some physical therapy of the sexual nature.

Finally back at the Villa that Don owns I hobble in on my crutches with Don waddling behind me like a worried parent.

" Dont over do your self Baby Girl, take your time and stop when you need to."

He said as he moved around me to quickly put the things he was carrying from the hospital down then came back over to me to help me to the couch.

"Here hun let me help you."

" Don KNOCK IT THE FUCK OFF!! Im just fine, i have been through the pain and physical therapy Jesus Christ im not a fucking cripple and im not fucking handy capped. Quit the shit.!!"

I finally scream at him, the look on his face was of shock and i knew he didnt mean for all the fathering and he looks as though he is ashamed and i knew that he meant well by what he was doing but it was becoming annoying and i think he was able to see it finally when i had screamed at him.

" I get it your worried and concerned for my well being but PLEASE ease up on it."

I say in a far more calmer tone but still agitated with this whole situation. He looks off to the side and nods his head.

I say softly putting the crutches down and slowly hobble down to the far end of the couch away from him and where i can prop my leg up to help with the swelling from the damage i had gotten when we were in the car accident about a month ago. But, the thing that still plagues me is what happened to the guy that ran into us. Why Don blew up the car we were in. And, Why did i hear a gun shot. I had thought about asking Don when we were in the hospital but the timing was never right. Any elevation in my heart rate or blood pressure and the nurses were rushing into the room to check on me.

I look over at Don who is unpacking the hospital bags and i finally speak up.

"What happened that day of the accident."

" Where is the guy that hit us, why did you blow up the car and why did i hear a gunshot before you came and pulled me out."

He looked away like he was trying to think of something that would ease my mind but i didnt want anything like that i dont want a lie i want the truth.

"Please dont lie to me Don."

I say quickly before he can spill the lie from his mouth, and he nodded and agreed.

" He is apart of a rival Mafia clan and he was trying to take out anything that could be connected to my cousin."

Don is involved with the mafia, so now i am forever going to be in danger now? I asked my self in utter confusion.

(To be continued, If you happen to like what your reading please leave a tip to help me keep creating)

See all posts by ToxiBera →