Should You Be Jealous of Her Sex Toys?

by Meaghan Ward 2 months ago in sex toys

Are they tools, toys, or totally getting in your way? 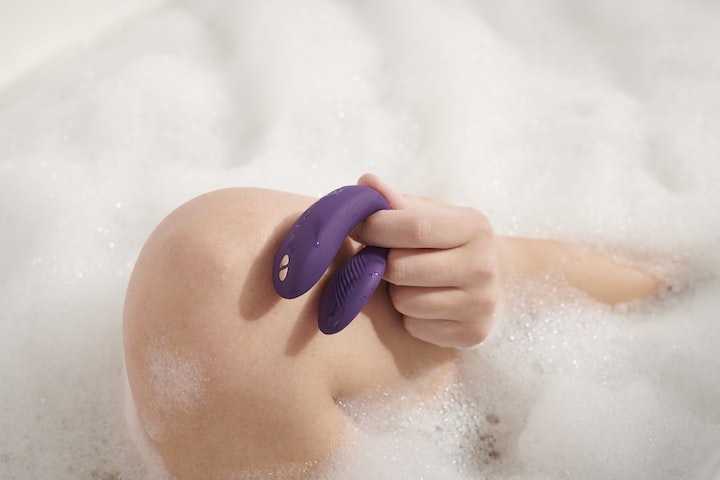 A while ago I read an article about using vaginal beads that inspired me to make a purchase.

It was hard for me to pull the trigger on that purchase. I have a hard time buying things for and treating myself, and it seems like only a month ago that I bought my little (well, not that little) pink rabbit friend.

But this article and her descriptions of the pleasure she got when those weighted beads rolled around inside of her with every movement she made had me getting turned on just reading, and so now I have my own set of Lelo beads on their way to me, and I can’t wait to get them.

Somehow the topic of these beads came up in conversation with my partner this morning and how he’d have to rip me away from my toys.

“I want to be in there,” he said, making me smile and bits tingle.

“Jealous?” I joked as a picture of him came into my mind, crawling up my bed and tossing sex toys away behind him as he got closer to entering me.

While I don’t think my current partner is really threatened by my toys, there was one guy I dated in the past who definitely was, and I never really did understand his hang up about them.

Beau (yes, that was really his name), was the first guy I dated after my ex, and I knew we were terrible for each other in so many ways, but the sex was good and he was funny as hell, so days of hookups turned to weeks, turned to months, and I guess I got a little too comfortable with him.

At one point, I brought my shoebox full of sex toys over to his place because that’s where I was spending most nights, and looked forward to sharing some fun with him.

I put the box on the bed between us, noting the excitement on his face, but when I pulled the lid off it was like I’d let the air out of his balloon. His face fell, he looked confused.

“There are so many of them,” he said.

“We don’t need these,” he said, shaking his head, putting the lid back on the box before I could say anything to the contrary.

“Okay…,” I said, not knowing what his problem was until after we had some weird, awkward sex and then I stared him down and demanded to know what was up.

“Am I not good enough for you?”

“That has nothing to do with it, toys are for when you aren’t around, for when I want to play with myself by myself… and I was hoping, to play with with you.”

He crinkled his nose and shook his head.

“Have you used them with other guys?”

“No,” I lied, already chalking this up to a lost cause.

“Do you think about me when you use them?”

Frankly, I wanted to take the box home and have the interrogation be over, but it wasn’t.

“I just don’t understand the need for toys when you have me,” he said.

Well…what about all those times I don’t have anyone?

There’s no denying that sexy toys fill a hole so to speak in the parts of my sex life that are lacking.

In this way sex toys are a tool, a stand in, not a replacement for my lover but just the thing that vibes me right to orgasm while I look at photos or videos of my partner and fantasize about being with him.

I don’t really think so.

Not unless you really ARE replacing your lover with your sex toys, and are getting more satisfaction from your motorized friends than you are from your boyfriends.

If you find that you’re eschewing actual sex to spend time alone with your sex toys instead, then maybe you have a little problem.

But, when I get in bed with my pink friend I still have my lover on my mind and in my heart.

Plus, asking me to give up my sex toys would be tantamount to asking him to stop jerking off, and who gets jealous of their boyfriend’s hands?

If you’re with a man who hates your special friends, I suggest doing everything you can to convince him that they aren’t a replacement or a threat to him, that they can only add to a sexual relationship and hopefully not take anything away.

If you really have a hard time giving up your toys and he has a hard time coming to terms with them, maybe see if you can go sex toy shopping together and find something that will titillate both of your senses.

Perhaps if you’re in control of your woman’s vibrations and pleasure you’ll see sex toys in a whole new light.

They can definitely be fun for both of you if you give them a try.

See all posts by Meaghan Ward →