by The Reflections Of 2 months ago in fiction
Report Story

when the other woman becomes the only woman that matters. 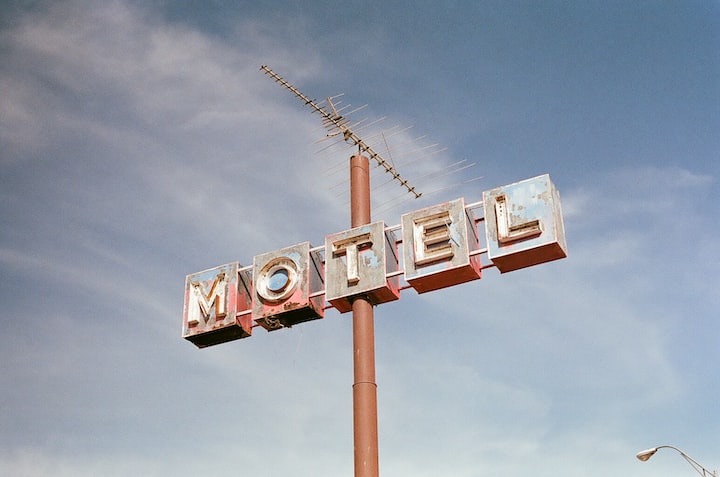 Photo by Steven Lewis on Unsplash

Wiping her palms against her cotton trousers, she hesitated before placing them on the paper-laden desk. The vibrations intensified, as inch by inch, the distance lessened between her and the buzzing object. A finger raised, and then fell. The screen had faded to black, but she was seeing everything with a vivid sense of colour.

Looking around her, she noted the fact that those little teeth and big, brown eyes would be an image she would struggle to erase from here on out. An image that shouldn't be kept a secret.

The walls were painted sepia, not because it was pleasant to the eye, but to further reinforce to the inhabitants nothing good quite comes from standing out. The do not disturb sign, almost seemed to encourage one to let loose, as whatever was uncovered would be cleaned up by eleven o’clock sharp. The shower adjoining the bedroom, convenient for some, inconvenient for those set on avoiding the scene of passion.

Leaning on the door frame, she observed his cufflinks and comb on the bedside table. She wouldn’t have to go and hunt down a new pair this time. Fixing the bow on her silk blouse, she entered the room.

Don mouthed a hello as she perched at the foot of the bed. She watched him take two more calls, back to back, before he told the other person on the end of the line that he was starved, and hung up.

Groaning as he lifted himself from the wooden chair, Don raised the silver dome on the table, and whistled. “What do we have here? Steak and potatoes. God, Martha gets it right every single time. You need to try it this time. I won’t take no for an answer.”

Nearing him, she sniffled and opened her mouth.

“Not now, baby girl.” Pulling her across his lap he told her, “You’d know I’d prefer to do other things when I see you…” His voice trailed off as he started to place hot, open-mouthed kisses on her neck. She trembled, and Don took it as indication to explore lower.

With a secure hold on her neck, he manoeuvred them to the bed. Sitting down in front of her, he spread his legs as he reached for her. “Come on.”

Wordlessly, she brought her wrists together.

As usual, Don came loudly, the exposed veins along his forehead a ghost reminder of where his hairline started. Sure he had nothing else to pump out, Don pulled her body upright, his front flush with her back, and roughly squeezed a breast. Freeing her, he gave her a love tap on a cheek, before he plodded into the bathroom to dispose of the condom.

In his spent state, Don didn’t register the wet patch on the pillow as he dragged her close to sleep.

He wanted to rest for longer, but an unsettling dream kept his heartbeat racing. Opening his eyes, the familiar, sepia walls comforted him. Yawning, he raised his right hand hand to brush the sleep away.

He tried once more, but to no avail. In the dusky lull of the morning, the sound of metal was a jarring noise.

With a lump in his throat, he slowly tilted his head diagonally. “What the….”

“Good morning Don.” Beverley was watching him from the plush armchair by the window. Red nails were casually peeling away the skin of a banana. Unease pricked Don as he watched her chew.

A buzzing sound started up again, and he craned his neck to see a warped picture of little teeth and big, brown eyes. “Is now a good time?”