Popular Fetishes you can use for OnlyFans

by Aamir Kamal 6 months ago in fetishes
Report Story

What are some popular Fetishes you can use for Onlyfans? 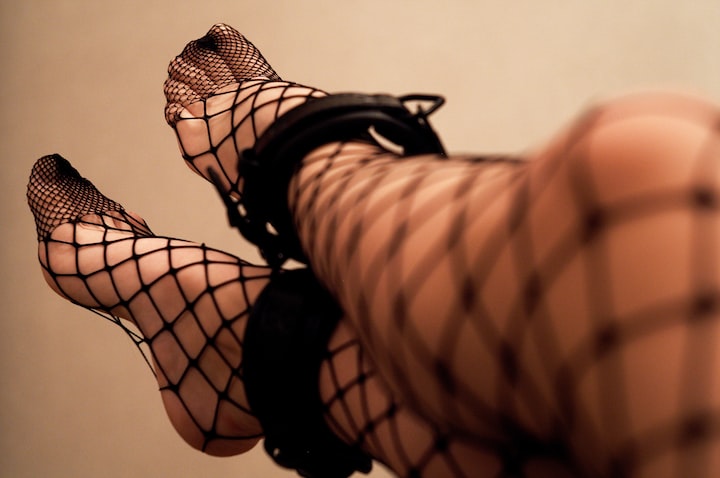 The post is all about the type of content which can give pleasure and gratify the audience of OnlyFans. You must have heard about this platform that is mostly used to get your eyes on exclusive adult content by paying for it.

However, most of the popular OnlyFans pages are all about nudes and fetish content. So, if you are looking for some kinky and fetish content ideas that can land you big dollars, then you can continue reading this blog post.

Let's see what five popular fetishes you can use on OnlyFans are.

People with fluid fetish get this pleasure of fluid coming out from your body giving them a thought of ejaculation. However, it's often mistaken as a part of WAM.

The most popular fluid fetish is urophilia which is the most searched fetish content in pornography.

Sperm and female ejaculate were among the highest percentile at 79 and 76% respectively, while sweat followed up with a respectable 48% between the two.

Mind that, no one is selling their sperm samples on OnlyFans as a sperm donor. That's not for fetish.

So, if you don't mind making videos while you jerk in your undies, then you are most welcome to sell your jerking videos and dirty undies in exchange for thick cash.

The used underwear are sought on many platforms such as OnlyFans and Reddit.

Do you know the hormone called Andrsotenol in male sweat can sexually arouse a few females out there?

Well, that's not found most commonly, otherwise, you would have seen girls sniffing sweaty clothes in your gym.

A woman wrote in her article that she was very intrigued about why male gym workers are so interested in occupying the machines she had been sweating in for hours. A sexual counsellor replied to her by stating the fact that.

"Sweat is a way of connecting with you...he may be thinking about you, he may be watching you as you work out. It's possible the pheromones and the sweat could be a turn-on that contributes to arousal." source.

So, I guess you get the most of the idea of why sweat fetish is so popular and where it comes from. You can sell your sweaty sportswear undies and bra after a work-out. Take pictures and make videos while sweating, this can be marketed more widely.

You can also take pictures of your body parts sweating excessively. Sweaty nudes are quite tempting. So, why not get paid for it?

The nipple play that might also involve sucking and drinking the milk is the actual thought in one's mind who has a fetish for breast milk. Such people love seeing lactating breasts and even pay to buy breast milk.

So, if you manage to record a video of your nipples dripping breast milk in a container, you can sell each ounce for $1.50 to $2.50 and, charge extra for the videos.

Besides, fetish, breast milk is also used to feed children who suffer from adequate nutrition. So, that's for a whole separate cause.

WAM stands for Wet And Messy, but not a part of fluid fetishism. It's mostly a part of foreplay to make your partner dirty with a copious amount of liquid.

It can be anything, spit, hot chocolate, whipping cream, or oil applied on the naked body to give the most desirable look before the real action begins.

So, if you're okay with earning it that way, then you can sell your pictures and videos of it on OnlyFans for good money.

Feet fetish is yet another popular content you can see on OnlyFans. The fetish is hosted by both males and females. OnlyFans content creators, who are serving in this field, are earning $300 to $500 daily.

The foot fetish content is surrounded by requests of feet in up-close shots with different poses, barefoot, with heels, or socked feet.

So, the best you can do with your feet is to keep them moisturized and hydrated for smooth and shaped feet. Most of the fantasies associated with feet are foot job, footsie, kissing, and licking toes. So, make sure your feet look tempted enough to fantasize such stuff in mind.

Well, this is where you got the hand job from. That is the main thought behind it.

You can sell your hand pictures surrounding different body parts, such as the neck, thighs, face, fingers on lips, and flaunting your painted nails in different sensual poses.

With all my findings, I realized that hands grabbing any object feels more sensual than empty hands.

I mean, you can obviously pose with empty hands while sucking and licking your fingers. But, hand grabbing any objects in a certain position you would use during any sex activity looks more gratifying.

Let's talk about the fetish, for which a survey says,

Most men are attracted to belly button piercing.

So, I don't suggest you get yourself body piercings if you are not adaptable to this trend. However, most women are apt to get piercings and tattoos. So, if you love showing your piercing pictures, then there's a whole audience out there ready to bid for it.

Remember, the private parts piercings are more tempting and can land you lots and lots of dollars.

The most popular fetish you can find on OnlyFans revolves around Fluid fetish, WAM, and feet fetish.

However, if you don't feel like doing such stuff, you can still earn by selling fetish content. So, figure out what content can you create among the popular fetishes you can use on OnlyFans.

More stories from Aamir Kamal and writers in Filthy and other communities.