one night with virgo 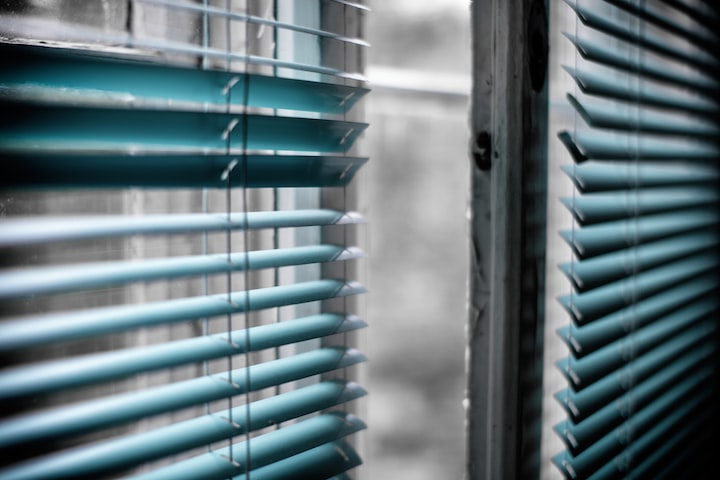 “…and I was like woah honey, this ain’t the first date. We go halves on everything from here on out.” Nathanial laughed heartily at Randy, who was leaning against the wall of his desk cubicle. ‘Honestly bro, the next time we go out we’re going to an all-you-can-eat-buffet in Chinatown!”

Nathanial scratched his head as he observed Randy. “How long has it been again?”

Randy’s face cracked into a wide, toothy grin. “Seven months.” Nathanial eyes widened slight as he slowly nodded. “She’s awesome. But don’t worry bro, I definitely make up for things in the bedroom.” To further emphasise his statement, Randy climbed up onto a desk and hands firmly placed behind his head, started to swivel his hips in a jerky motion.

Randy probably thought he looked like the King of Pop, all high up like that, but in reality he lacked the suaveness of the entertainer and looked incredibly cringe. Like that one guy in a club dancing, who has space around him because of his moves, but not in a positive sense.

Behind them, Jenny who dealt with PR, stared at him with disdain. As she packed up her things and headed past them, she remarked succinctly, “Gross.” That comment got her an over-the-top thrust of hip in her direction.

Suddenly, a keening noise cut through the performance as the office intercom turned on. “Gentleman. It’s Friday evening. This office doesn’t double up as a theatre. Your weekend started six minutes ago. Go home.”

It was their boss, Andie, whose reprimand dripped sharp icicles of criticism. “Pft, your weekend started six minutes ago?” Randy mocked as he jumped down from the desk. Francis, who always kept their desk neat and tidy would walk into a pleasant surprise on Monday. “Technically so did hers. God, she’s always so miserable. Probably just needs a good lay.”

Grabbing his bag and his coat, he tipped an invisible hat in mock salute and winked. “That’s what she said.”

Nathanial waved him off, before doing a quick scan of the office. Finally, he was alone.

Knocking three times, he waited a beat before he opened the door. Andie was on the phone, leaning back in her chair so her ankles could rest on her desk. On his arrival, she smiled for all of two seconds before her lips flattened.

Nathanial could see the tiredness in her eyes but that didn't take anything away from her beauty. Her ebony hair, was bundled on top of her crown, a few tendrils loose, disturbing the perfectly presented look she normally portrayed to the rest of the world.

Still keeping with her minimal office look, she wore a cream silk blouse, tucked into a black form-fitting pencil skirt. The tie bow around her neck had been loosened.

“Now if we take a step back, we can see that this is highly beneficial not only for the company, but for our clients.” Andie stated, impatience expressed in the tight tangles of the phone cord around her finger.

A crafty smile appeared on his face as he locked the door and closed the office blinds. Walking over to her side of the desk, footsteps light, he gently ran his fingers over the jut of her ankle, down her firm calves to gently rub circles where her knee-highs stopped.

She felt herself soften a little. Not ideal while she tried to assert herself in a conference call with higher-ups in the business where any wavering in the projection of strength would attract opposition swiftly.

Nathanial removed his hand, only to slowly roll up his sleeves. The scent of white lily had become stronger.

She was attracted to his toned forearms, veins visible as blood rushed to the surface of his skin. Nathanial kept up a good exercise routine, and even thought she’d seen the full results of this lifestyle, watching him now sent vivid memories of what those hands could do, what those arms felt like around her.

Nathanial wanted to help start off her weekend right. She’d been pretty miserable all week, but today was the tipping point. As a boss, she was one that maintained firm boundaries with her employees, but today he’d hardly seen her. Usually she was on the floor, if only to do a quick floor walk but not today.

“John, I don’t see how that is a reasonable ask at all.”

Taking a different approach now, Nathanial started out by positioning himself behind her so that he could coax the tight muscles of her shoulders to relax. It took some pressure, but the muscles eased. Putting her legs down to the ground, she leant forward a little, to give him better access.

“No, that’s completely fine.” It may not be apparent to the people on the phone, but Nathanial could hear the the defensive edge dissipating from her words.

Kissing the side of her neck to signal he’d finished, Nathaniel effortlessly slid out her chair so that there was space for him to stand between her and the desk.

But there was slight deliberation in her fingers rising. They both saw it.

With bright eyes, he slid to his knees before her. As a weak last attempt, her eyes darted in the direction of the door.

Gently, he placed his hands on top of her thighs. To help move things along his thumb massaged the skin. Coaxing circles asking for permission.

Slowly, she allowed her legs to part. The shape of her skirt meant that Nathanial had restricted access, but the stretchy material was more than enough leeway for him to slide a hand between her supple thighs.

Feeling a slight dampness, he sent her a dazzling smile to which he received a pouty look in return. Slightly annoyed that he couldn’t see what his hand was doing, he teased the fabric of her panties to one side. But still the way she was sitting didn’t give him as much movement or visual confirmation as he would have liked.

With his left hand, Nathaniel grasped the curve of her hip and snaked his hands down the side of her ass where he applied a slight pressure. Succumbing to his touch, she tucked her hipbones upwards. In this slightly elevated position he settled between her legs resting on his shoulders.

Now, he was better able to work the fabric of her skirt up and get a better view. Like before, one hand held her panties to one side and then with the other, his pointer finger slipped into her heat. They both sighed at the feeling, his more audible than hers.

Not wanting to draw the moment out, in respect for her being on the phone and in a way, to see how long she could maintain a composure on the phone, he added another digit, moving faster now.

Unable to moan for fear of exposure, Andie’s head rolled side to side as she dragged air though her lungs.

She was an image of passion. Nathaniel liked a girl who could multitask.

His fingers were all she could focus on, so at times Andie had to ask for things to be repeated, mentally kicking herself. At one point, she swore under her breath and prayed no one else picked that up.

Nathanial couldn’t kiss her so he kissed her neck instead. Sucked lightly at her nipples poking through her blouse as his fingers continued, stretching her out, causing more wetness to seep out her.

Above him, Andie's legs began to shake. When she reached the edge, a hand pressed against her mouth to stifle any noise. Her body jerked violently as she rode out the orgasm amidst fingers that gently strummed inside of her.

Up high on his knees now, he held Andie to him, stroking her hair as he waited for her breathing to return to normal. Giving him a ‘I can’t believe we’ve just done this’ look she croaked out a goodbye to the people on the phone.

The phone was no longer attached to her ear, swinging on its cord as it dangled from the desk.

A red light from his peripherial winked at him.