by Stephen Phillips 5 months ago in relationships 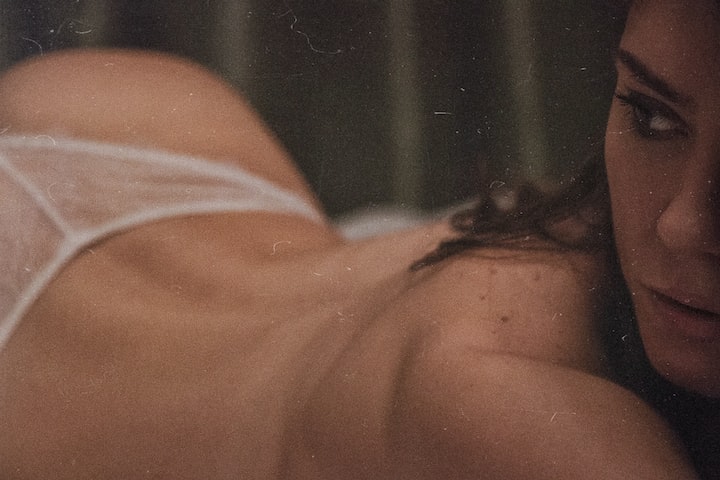 Photo by Jan Zhukov on Unsplash

There was a time not so long ago when attempting to look at naked women was always somewhere on my list of daily goals. It was in the 90s when internet access was paved with dial-up. A time for curiosity, imagination, and the occasional scrambled, soft-core film on cable.

In my case, it involved searching for Health Science books in middle school and flipping through the illustrations. If that didn't work there were European magazines like Le Monde and Bazaar. Most boys found their way there eventually, meaning the library. My methods were just less obvious than sitting down with the Sports Illustrated swimsuit issue in front of my classmates during lunch period.

By the time I did see a naked woman in real life, in the summer before my senior year of high school, I had already seen a plethora of images: topless women in magazines, more topless women in Caddyshack, an issue of Hustler buried near a camp cabin in Colorado and that scene where Jamie Lee Curtis dances for Arnold Schwarzenegger in her lingerie in True Lies. In a twist I didn't see coming, viewing these images  - the awesome, explicit, female available for only seconds at a time  - quickly outpaced the amount of real-time sex I was experiencing with anyone else.

I graduated from high school with a hand job and a pair of breasts veiled beneath a push-up bra. How could they compare to the Scandinavian pornography I watched on a fine arts trip to Norway?

Despite jumping into sex as best I knew how in my mid-twenties, despite experiencing a wonderful, sporadic array of women from seconds at a time to hours at length, despite nose-diving into casual sex in my early thirties when all my friends had long ago ejected into the sunset of exclusive relationships and parachuted softly into a field of stable monogamy, I feared I would never experience the visceral reaction to the images I had seen as a teenager, let alone experience sex the way it was depicted on film.

It was a dream within a laptop, I realize now. Either that or a waking nightmare and if pressed, I'd choose the latter.

At some point, my laptop sessions began to merge with my infrequent, real-time sexual experiences. Was the bounce of a hook-up's breasts something I had seen online and bookmarked? Did I sixty-nine with a woman I met in Spain because I had recently watched Seymore Butts III: Playing With Fire?

During this time, after I broke up with a girlfriend and moved to a new apartment, my then neighbor  - let's call her Nadine  - helped push me toward an answer when she told me she wanted to fuck me one afternoon while watering her plants. A few days later, she showed up in the sweaty, Houston twilight and I went down on her next to a glass table I had purchased at an Episcopalian thrift store. There, eating her out and realizing I wasn't hard enough for penetration, spinning, pirouetting into a seated couch embrace like two middle-aged, Italian lovers, finally jamming myself into a recliner while she attempted to suck me off and I, in a pool of ass sweat, tried desperately not to push down on the wooden lever lest I catapult the footrest into her abdominal cavity, we danced the dance of the nude swans.

It's strange to be naked with someone while wanting to cover yourself, isn't it? I barely knew the woman and wasn't attracted to her. Why was I attempting a reverse cow-girl against the broadside of an easy chair?

We didn't speak much after our encounter and it was probably because we felt like we lived through a tornado of a sex scene with prison yard lighting. It was easy and it wasn't satisfying. Despite having it, the entire act felt like getting a check in the mail before I'd been hired for a job.

And that's when it hit me: nakedness isn't intimacy. Like a caveman hunting a rhino, sex should require work. I'm talking about the kind of actions you take before you undress someone. How you treat someone - as equal or conquest - before you try to sleep with them. Sex isn't war or the Olympics or the most demanding thing in the world, but I think a guy should at least "clock in" and see if he's the right fit for the job before making such an irreversible gesture. Didn't I owe that to my partner, despite the circumstances? Even more so, shouldn't I extend that kind of respect to myself before I make a move?

This isn't to say I'm fully anti-porn or anti-hook-up. My record will always suggest otherwise. As long as it's consensual, a fling or one-night stand can be an awesome way to live in the moment. It's just that for me, if a woman sheds her clothes when I'm around, I prefer knowing I might've had something to do with it. Women are the gatekeepers of sex, so if she's not waiving me in, I can accept it knowing I've offered her my authentic self.

Somewhere, in an unscheduled stand-up set of mine, there's some older material that that feels appropriate on the topic of having great sex no matter the scenario. If you find yourself inside a vagina, give thanks. You didn't have to be there, but you are  - show some respect!

The best way I know to do that is to not look at naked females anymore if they're streamed pixels. If they're in front of me ready to work, tear down and build, then I'm right there with them where I know I should be.