How to Have A One Night Stand

Step 1: Establish "me you" communication with the girl, in traditional pickup nerd terminology, this would be known as establishing "man to woman" communication. 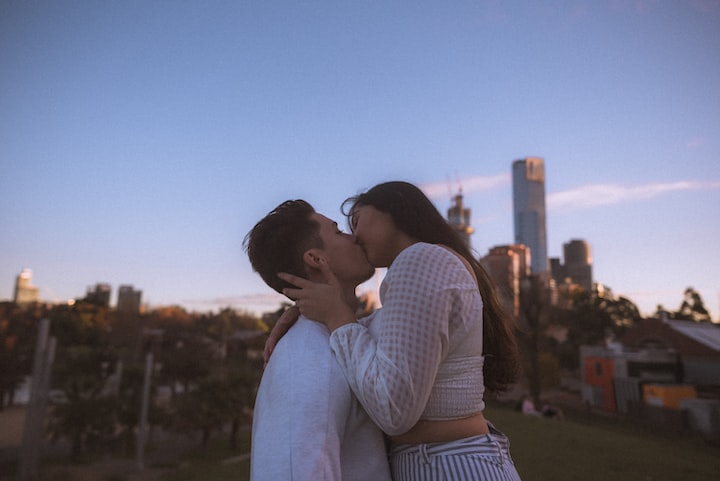 Step 1: Establish "me you" communication with the girl, in traditional pickup nerd terminology, this would be known as establishing "man to woman" communication.

This is a nerdy way of saying to make sure that the conversation is romantically charged and centered around the fact that there is sexual and romantic interest there. Without a man to woman communication, you get those bad interactions where it's interview style and there's no interest built on her end and virtually no point to the conversation.

This is actually what I see a lot of guys do when they go out and try to pick up girls, they just go up and ask a bunch of standard boring questions and go through the motions of building rapport so then they can try and make the girl want to have sex with them. This never works.

Making sure the conversations are romantically charged and man to woman is crucial to building sexual interest and conveying to the girl that you're potentially interested in her to Think about any romantic chemistry you see happen in a movie or TV show, the interactions are always romantically charged and the point of the conversation is to build on the chemistry and get to know the other person along the way.

Where is she staying that night? Who did she come out with? How is she getting home? Does she have any obligations later that night or early the next morning that would prevent her from going home with you? Is she there for a birthday party and with a group of friends that she feels obligated to hang out with which would make it difficult for you to even spend enough time with her in the bar…

There are a lot of things that can get in the way and this is totally fine. There are elements out of your control when you go out and try to meet girls, a good chunk of the time it won't work out and by no fault of your own, don't try to force it in these situations, worst case you get a number from a pretty girl and you hang out with her the next day or later that weekend.

Step 3: Figure out the friends.

Hehe, see what I did there? Now if the logistics seem to be good or are in your favor then you may or may not have to handle the friends. Both guys and girls may try interjecting when you're interacting with the girl, this is fine and normal, it means they're being good friends and making sure she's safe and taken care of.

I mean think about it, if your sister was talking to a guy all night at the bar and she wanted to go home with him, you'd at least want to talk to him and be certain that he's normal and not a creep who's a threat or danger to her. Social pressure from friends is one of the biggest reasons why you won't be able to bring a girl home. It's incredibly common and even the best guys in the world still face this problem.

Sometimes the friends will ruin your chances and there's nothing you can do about it, in that case, you would simply get the girl's phone number and meet up with her again at a future time. You should meet the friends at some point and talk to them enough and as much as you need to in order to communicate to them that you're a cool normal guy that her friend should go home with and not a weirdo creep who's a threat and is gonna take her home and steal her organs We interrupt this One Night Stand Playbook to deliver you an important message about one night stands.

If you didn't know, it takes a girl about 18 minutes to orgasm on average and sometimes even longer! Guys only last an average of 6 minutes, so if you're average you'd have to last more than 3 times as long just to keep up with the average girl. That fucking sucks! To close the gap between how long you last and how long it takes her to orgasm.

The fact is this: if you can last longer, you have way more time and higher likelihood that you'll make your girl orgasm and have a WAY better sexual experience. And the better experience you give her, the more she'll like you. Hell, you might even turn this one night stand into full-blown friends with benefits thing if you can impress her on the first night.

Make sure it's calibrated so she feels safe and comfortable. You can do things like: Playfully touch her shoulder Hold her hand and lead her to the bar or another section Tease her or make fun of her then hug her The physical escalation is crucial because it will give you the sense of how into you she is and how down she'd be to go home with you based on how she reacts to this.

This will also ensure that the interaction is romantically charged from the beginning, even if you're doing a poor job of keeping the conversation sexual.

I've talked about this before but you want to seed the fact that you're gonna bring her somewhere else early on this way when you go for it, it seems natural and organic as opposed to abrupt and forced. She needs to feel comfortable with you and the fact that she's gonna go home with you, and if you out of nowhere invite her somewhere else after the bar it's going to be too abrupt and it's gonna force her to revert to her default setting of saying no.

Therefore, you want to make sure to seed the pull by saying stuff like, "oh there's this great place I know that I always go to after a night out", or "I have this super dope pool at my apartment that you need to check out sometime", anything like that.

This way, when you invite her to the activity, it's normal and expected as opposed to abrupt and out of nowhere.

Now if you've done everything right, and you had luck on your side in terms of logistics and letting her friends know that she'll be safe and fine with you, then all you have to do is simply invite her to whatever post-party activity it was you told her about.

Whether it's just, "let's go hang out at my place after" or you're bringing to another place in between, you still have to ask her and invite her. She won't invite herself, and if you don't confidently invite her to do something afterward, she most certainly will not go with you. So you've laid all the groundwork, now all you gotta do is ask, and boom you got her back at your place.

Now, this part is very important, just because she agreed to go back with you, that is not the same thing as consent or agreeing to have sex with you. Even if you bring a girl back to your place, there will be a decent percentage of the time when she won't be down to have sex, and that's totally okay and normal.

In this case, you just hang out with her, get to know her better, and get her number so that you can follow up with her later on.

SEX is a bad word.

See all posts by Word SEX →