How to Approach Casual Sex Without Acting Like a Douchebag

by Stephen Phillips about a month ago in advice

Advice for men looking to hook up and hook up only 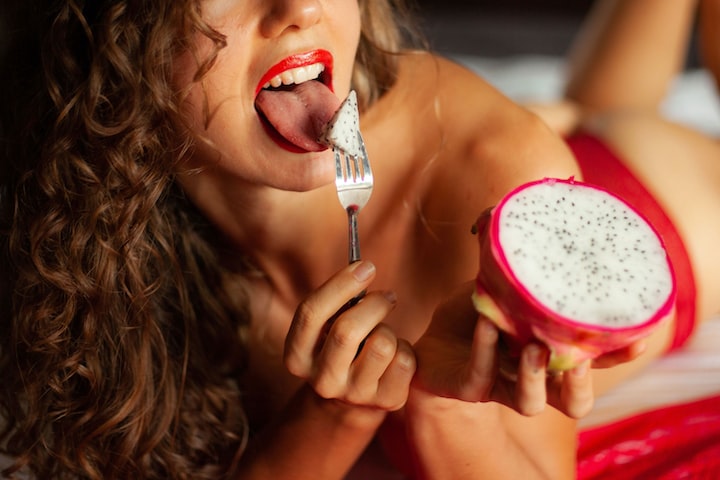 Having casual sex in today’s hook up culture can sometimes feel like you’ve committed to a bumper car ride at an amusement park. Strapped in on all fronts, you don’t drive as much as steer through a loud area filled with desire, mystery and potential suitors as you try to make it safely to the other side.

It’s also, ideally, a lot of fun! It is sex after all. Why do we make is so difficult to enjoy something we shouldn’t overcomplicate?

I don’t have all the answers, but I do know you can adjust your attitude as a man looking to experience fulfilling encounters when all you’re looking for is sex.

Here are some guidelines for guys wanting to approach casual sex with the level of respect it deserves: thoughtfully and without acting like a douchebag. You get the idea.

1. Accept that Sex Is Never Casual

Boom. Let’s drop some knowledge before we really get going.

Sex, in my opinion, is never purely “casual.” Commitment-free? Yes. Raw and passionate. Absolutely. Unromantic? Sure, if you’re just trying to get off quickly (read: down and dirty) which is also 100% okay.

It’s just that hooking up should never be used as an excuse to undermine sex, that’s all. Reminding yourself of the seriousness of the act doesn’t have to kill the mood for it.

If anything, it should free you to enjoy it even more because of the gift that sharing yourself with someone brings. Try meditating on this before you put yourself in a scenario that could quickly lead to some action you can’t take back.

Sex involves souls as well as bodies and since one of them is yours, a healthy dose of spiritual sobriety can help keep it clean, open and able to engage with others when you’re raring to go.

2. Respect The Other Person’s Commitment, However Brief

Part of the reason casual sex is serious is that someone is still committing to you, even if it’s not for the long-term. It might be for an evening or a weekend tryst. It could be for an entire summer or the never-ending “cuffing” season between Thanksgiving and New Year’s.

When we decide to have sex, we’d like it to be with someone who can respect us when we’re at our most vulnerable. Shouldn’t this be magnified when an encounter could be the only time we see this person?

As the years pass and I find myself in less relationships than anticipated, this notion takes on new immediacy, and it’s something I believe we can all benefit from putting at the forefront of our sexual pursuits.

When things escalate, someone who isn’t in a relationship with you is still worthy of your respect. Make sure you treat them as such.

3. Don’t Apologize For Your Desires

This is the one piece of advice that often gets lost among the checklists: never apologize for wanting to experience sex with another consenting adult.

If you want it, then go for it! Seize the opportunities that having a healthy, sex positive attitude brings.

As a guy, I know that many men let a fear of inadequacy stand in the way of initiating hookups and casual flings. Shame is often the culprit behind the fear, but it’s never too late to let your inner courage defeat whatever conditioning lies dormant.

Address feelings of negative self-worth that may be causing you to feel shame around your desire for sex. Be brave enough to put yourself out there when the proper time comes. If you don’t act when you want to, you’re meeting the fate of the classic, passive male which doesn’t serve anyone, including yourself.

I once asked a female sexual wellness coach for some advice for men who wanted to pursue short-term sex with women. Her advice? Communicate and own it, even if you’re rejected.

With this kind of attitude, you’ll quickly find a consenting partner who wants to act on their own sexual desires, too.

4. Be Mature About Hooking Up

We’ve all seen the memes that read something to the effect of, “Finding someone to sleep with is easy, but finding someone to love can take a lifetime.” I don’t think I’m the only one who thinks that sleeping with quality people is pretty damn difficult, too.

Loving can be practiced in a myriad of ways while hooking up, because of the stigmas we’ve attached to it, is often left on its own to survive or dwindle.

It takes a certain kind of person to thoughtfully pursue sex outside the safety of commitment. It’s the woke guy and the empowered woman, but really it’s the kind of people who have set high standards for themselves no matter their relationship status.

When I look back on my own sexual experiences, the ones that were brief take on a new shape with the passage of time. They’re the ones I learned something from and grew quickly from. Often they were the most intense and required new levels of emotional honesty from both parties to see them through.

Again, in the words of dozens of women I’ve interviewed on this topic, Lead and be cool. Let us know you can handle our sexuality once we offer it. As men, we’ve been given a guided, roadmap to success here. Let’s do our part by initiating with the character to back it up.

So there you have it from a guy still in the arena. Scratch that, a guy who philosophizes way too much for sporadically hooking up in his thirties.

Act maturely toward casual sex. Desire it guilt-free and pursue it when you feel ready to experience it with a person who can also handle it.

With the right approach, you can enjoy it without steering dangerously close to douchebag territory.