by Dave Weaver 9 months ago in comedy 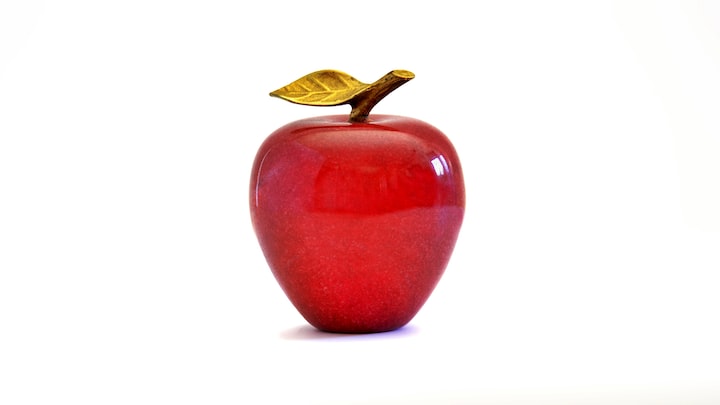 Photo by C Drying on Unsplash

The agency had fixed the date for six o’clock that evening; a little early but there’s sod-all else to do round here nor anyone to do it with. When I say ‘agency’ I refer to the white-haired old guy who seems to run the place, a not particularly inspiring cupid but he seemed pretty enthusiastic about my chances.

“What’ll she be like?” I asked, trying to keep calm despite my stomach being full of butterflies. I think they were butterflies; those colourful little winged creatures anyway. I’m not so good on all the names yet, far too many of the blighters to remember.

“Gorgeous; she will be anyway…” He told me, winking for some reason. He shrugged when I didn’t react. “Guess all that will come later. It better had anyway.” I asked what he meant but he ignored my question. “Look Adam, your job here is quite simple; just have a good time. You can manage that can’t you? Beautiful weather, loads of fruit; don’t eat anything else at the moment though.” I asked why. “Still trying to work out the pecking order but there’s a pretty good chance you’ll be top of it, in which case tuck in. Of course how you get on tonight will be a big influence on that.

“Well…” He seemed to be struggling. “I mean, you won’t be around forever, will you? Not you personally anyway. Whereas this lot…” He waved a hand at a passing tiger, a couple of voles scampered by.

“Don’t talk to them from now on.” The old guy muttered pretending to give a smile and a wave. “If you really are going to be top-dog its inappropriate to mingle with the lesser life forms, unless you’re going to kill them of course.”

That sounded a bit radical and not particularly pleasant either but I just nodded. You don’t want to piss people off until you know where they sit in the scheme of things. Especially when it’s their scheme. We got back to discussing my date. I wanted to play it by ear but he obviously thought I needed a pep talk.

“You seem like a charming enough bloke so I’m not too concerned about initial impressions. Just keep it to small talk and don’t forget your manners; hang her coat up for her, that sort of thing.”

“Forget I mentioned it. That all comes later anyway.”

“All what comes later?”

“Coats…and things coat-like. Don’t worry, you’ll recognize it when it happens.” I nodded sagely. God knows what he was on about. “The thing is though, and don’t take offence at what I’m going to say, but you haven’t actually done it yet.”

“It, with another you so to speak.”

“Just what are you implying?”

“I’m not implying anything. I’m saying you’re a virgin. I didn’t want to be so blunt but facts must be faced.”

“That’s personal, how the hell do you know?” I replied. “What’s a virgin?”

“It’s what you are, and I know that because right at the moment there is only you. So unless you’ve been fiddling with yourself in the bushes while my back’s been turned…” He gave me an old fashioned look, then relented with a sigh. “No, I suppose you haven’t even done that. This is going to be hard work. We’ll need a little something to get things going: mood music, dim the lights - although I haven’t really tried that yet, only had them put in six days ago - maybe one of my fruit cocktails? Leave it to me anyway; I’ll get something sorted out then the rest’s up to you, lover boy.”

He rolled his eyes. “Just give her your best shot.”

“When are you seeing her?”

“This evening. You set it up, remember?”

“Yeah-yeah. Err… how about 'Eve' then, how does that sound?”

“Eve it is then. And don’t be late. Oh and there’s something I need from you first, won’t take long.”

I shrugged. “Whatever, I’ve nothing on this afternoon. What do you want?”

“One of your ribs. Don’t worry you‘ve got loads more.”

“Take it.” I replied, not fussed. “Got any magazines while I’m waiting?”

We were meant to be meeting by the tree in that big garden. Now ‘by the tree’ isn’t the most accurate of directions to follow when you’re already nervous. I must have tried about twenty by the time I caught her leaning against one looking bored. Not a good start to any romantic rendezvous.

I approached warily, hand outstretched. “Hi, how are you, Adam…”

“Eve…” She shook my hand, giving me a frosty look. “The agency said six o’clock, it’s now…” she looked over as the sun set behind the hills, “later.”

“I’m really sorry about that.” I replied smoothly, flashing what I hoped was a winning smile. “Traffic…”

“Herd of triceratops, took ages to pass. You know what they can be like.”

She nodded and rolled her eyes; that seemed to break the ice. “So Adam, what do you do?”

“Pretty much. I mean I’ve only been around for the last few hours but I’ve got some interesting career prospects lined up already: marketing, design, fashion.”

“So anyway, shall we order?” I reached up for some fruit. “How about a starter, do you like apple?”

I handed it to her and she raised it to her mouth then paused. “This won’t get me tipsy on an empty stomach will it?”

“No,” I told her quickly, “not at all, quite harmless. Here, let me.” I gave it a large bite then passed it back to her. She bit too. We looked at each other.

Suddenly her eyes seemed shiny and unfocused, the little black bits inside them not so little anymore. She glanced down at my body as I felt something stir. I looked down myself.

“Oh… wow, what the hell do they put in those things?”

“I know!” She giggled and I saw now what the old guy meant. She placed both hands across her chest then immediately moved them down to between her legs. It looked like she was doing semaphore. Eve looked up at me again and this time her eyes were totally focused. “Do you want to get out of here?”

“My place or yours?” I grinned.

“How about ‘ours’?” She replied, giving me a playful toss of her hair.

“What about that apple?” The waiter hissed.

See all posts by Dave Weaver →