Don't Put Your Finger Up My Ass Without Permission 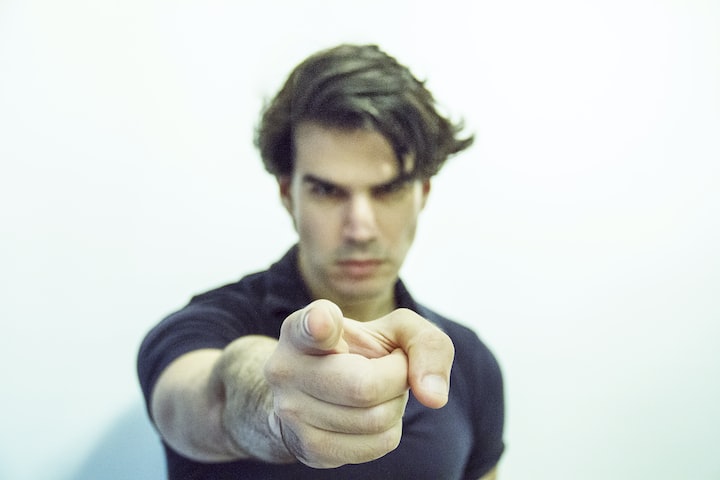 A lot of stuff has made its way up my butt. I grew from a curious boy with a bag of marbles to a sharpie-toting teenager to an adult roaming the oh-what-do-we-have-here aisle of various sex shops. That all changed when I found myself up on a surgical table, held down by four nurses, having that part of my anatomy sliced open.

It wasn’t nearly as hot as it sounds.

My butt surgery caused a lot of trauma for me even to the point where I nearly had a panic attack during my next hair cut. I was convinced that somehow, despite all logic (not to mention the laws of physics), the hairdresser was suddenly going to find a way to stab me in the butthole.

Point being: Don’t just go popping that finger up there without asking, you don’t know where that thing has been. (And that has more than one meaning).

This isn’t just about women. Men also have a nasty habit of sticking fingers (not to mention other things) into butts without asking.

If you already have an established butt-play regiment with your partner, you probably don’t need this advice. But for casual sex seekers and new partners, there is any number of reasons why you should have a conversation before sticking you-know-what you-know-where, and I’m going to lay them out for you.

Not everyone likes surprises!

Didn’t your mother ever tell you it’s not polite to point?

Well, that goes double for sticking your finger up butts during sex without warning. I am a pretty adventurous lover; fingers, tongues, toys, whatever you’ve got in the vegetable drawer, let’s go for it.

Aside from general manners, you don’t know the sexual history of the person you’re with. They might not have tried it before. Or, they might have had a bad experience prior and do not understand why it might be pleasurable, which brings me to my second point:

Make sure you know what you’re doing.

I understand how a tire works. I understand the mechanisms at work in a jack and tire iron. I can even visualize the use of both of those things in my mind and get a decent scope of the project via WikiHow.

Does this mean I know how to change a tire?

Have you ever gone looking through your closet for something you’ve lost — you sift around through it all, throwing things left and right, digging, scrambling, scratching your way around. The butt-hole is not a closet. The prostate is not hiding. Slow and steady wins the race and practice makes perfect. Work with your partner, slowly.

I promise, there is no rush. The prostate isn’t going anywhere.

All fingers were not made equally.

I think everyone in the world has the right to do whatever they’d like to their body, including slapping on whatever fake nails you’d like. However, if you choose to do this, I may or may not request that you do not put a clawed finger up my bum. This has nothing to do with me not thinking you’re nails are great. They are, they are beautiful. But the butthole is a one-way street. It isn’t like I can simply uncap the other end and fish out a lost nail. This may be an irrational fear, but still — I’d like to say that you should have a conversation with me before attempting it.

If I like fingers, maybe I’ve got something else laying around we could work with. You know what they say about assumptions?

For everyone else, it’s always useful to take stock of a partner’s collection of toys. You never know what you might find and then you can keep your finger free to go roaming around in mouths and ears and noses and wherever else you can get your kinky self into.

I am one of those new-age hippy-dippy types who think everyone deserves an orgasm. So, before you go fishing for my prostate, just be aware that it’ll likely end the penetration portion of this evening's entertainment fairly quickly.

If you have finished already or are okay with alternative-finishing-techniques (scientific term) Then, by all means.

The key to all of this is, as with all sex, about communication. I shouldn’t have to wear a t-shirt with my sexual preferences and hang-ups written all over them. We were given the amazing gifts of mouths! And once you’re done sucking on my nipples lets use them to settle some ground rules about where that finger is headed.