by Mister Walley about a month ago in art
Report Story

Need a laugh break? Check out these hilarious and Inappropriate jokes. 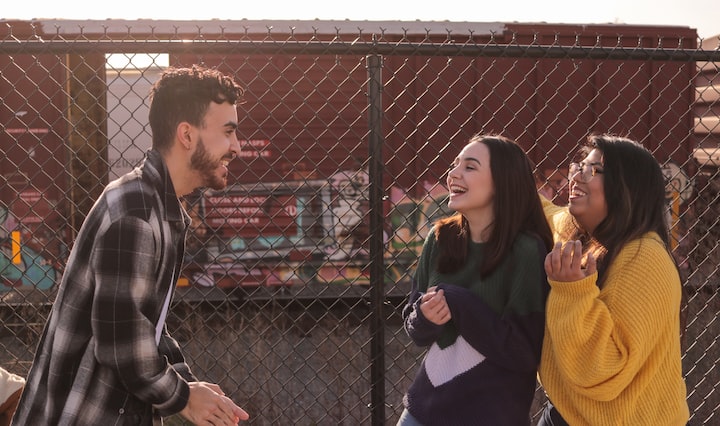 This is the story of an old couple married for 25 years. Every time they make love, the man asks to do it in the dark. The wife agrees, then one evening, turns on the light and realizes that her husband uses a sextoy.

- Bastard, to think that it's been 25 years that you make me believe that it's you who make love to me!

A couple in the bedroom

A couple has just gone to bed. The man says to his wife:

- I really want to make love.

- No, you don't. Tomorrow I have an appointment with the gynecologist and I want to stay fresh.

- I really, really want to have sex.

- I told you no. I have an appointment with the gynecologist tomorrow!

Then the woman turns off the light. In the darkness, her husband says to her:

- Yes, but tomorrow you don't have a dentist's appointment.

A deaf and dumb couple

A deaf-mute couple sets up a system of signs to indicate whether they want to have sex or not. The woman mimes:

- If you want to have sex, touch my left breast. If not, touch my right breast.

The man in turn mimes:

Two drunks in a bar

Two drunk guys are talking in a bar:

- I deliver pizzas. All day long, I see them, I smell them, and I can't even eat them!

- Are you a pizza delivery guy too?

What is the difference between a man and a woman when they talk about sex?

When a man talks sex to a woman, it's harassment.

The cougar woman and the fantasy

This is a 40-year-old cougar woman who brings a 25-year-old boy home. When they get home, she tells him:

- How would you like to do it with the mother and daughter?

A couple and a wedding ring

A couple is making love. The woman says:

- Honey, your wedding ring hurts me.

An old tire and a condom

What is the difference between an old tire and a pile of 365 used condoms?

Answer: None, it was a good year.

Difference between a woman and a man

What is the difference between a woman and a man?

The man always has the same pair of balls between his legs.

A Parisian and a Southerner

-I didn't tell you earlier because I wanted to know if it was serious, but I've been dating a guy for two months.

-Well, you know, we have a lot of fun in bed, but the other day he made it clear that he'd like some treats.

-And? What's the problem?

-Well, I've never done that! I'm afraid to do it wrong!

-Ah! Well, go with your gut feeling, it's still the best. But there's one thing that works well, during the treat you pretend to say the word "Honolulu". It works well for me.

The two girlfriends separate and a few days later the girl from the South visits the Parisian:

-Noooooo, answers the southern girl while starting to cry.

-Mistaken? Wrong about what?

-But how?! Explain! I don't understand a thing!

-Well I couldn't remember the word you said and I was afraid I'd sound like an idiot, so I started to pretend I was saying a word, but the first word that came to me was the name of my hometown!!!

Finally, which of these Jokes makes you laugh most? Please let me know in the comments. Are you fun of adults and dirty jokes and stuff? You may read more here.

I write to share and express my feelings and sensation.

More stories from Mister Walley and writers in Filthy and other communities.