Boobs On The Web - A Content Creator's Worst Nightmare

by Lindsay Rae Brown about a month ago in comedy 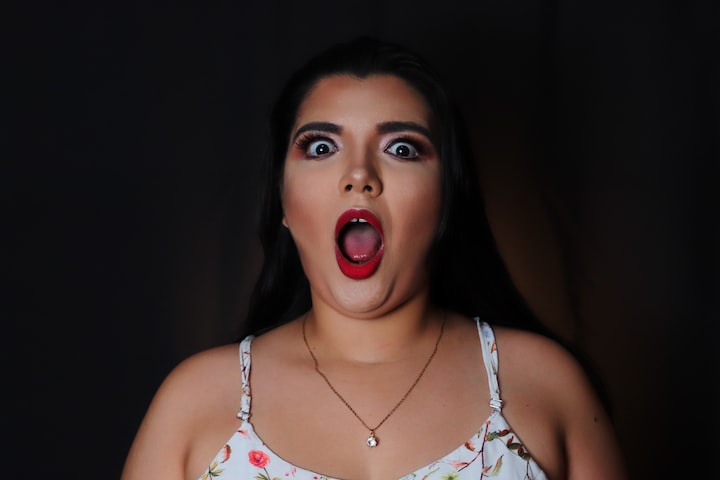 Photo by Jonatas Domingos on Unsplash

At this point, I'm not sure where the fault lies regarding the incident. Perhaps, like many have stated, especially the client who shall remain nameless, I must bear most of the responsibility. Because, at the core of the thing, it was, in fact, my boobies that were revealed across a plethora of social media networks.

However, might I be so bold as to suggest that the creators and owners of these corporate mega networks might hold some shame in the incident?

Because really, why isn't there a filter for such a mistake? With the amount of cash flow that the big wig internet moguls have, shouldn't they employ people to comb through suspect postings before they are shared, especially to vast and engaged audiences?

I should start from the beginning because that's where all good and diligent stories commence.

Except I'm not entirely sure where the beginning of this story is. Was it when I landed a job for one of the top restaurants in my city as their content creator, sharing pics and little artfully worded blurbs about their food to thousands of expectant patrons daily? Or, was it when, around the same time, I started doing tasteful boudoir photography in the comfort of my own home?

Yes, I was indeed my only boudoir subject, and it is also true that they weren't tasteful photos at all but close-up nipple pics that I'd share with my husband, who works away and sometimes needs a little pick-me-up to get through a long hard shift (pun! Ha!).

You might be wondering why just the nipple, and to that, I reply, why not just the nipple? My tits are strangely shaped, and at a full glance, my nips point outwards as if they are trying to run away from one another, so what other choice do I have than taking a close up of just the nipple and leaving the rest of the awkward boob situ out of it?

Quite frankly, I take offence that you even bring it up! It's nipple shaming, and I won't stand for that! Plus, the nip is the best part anyway! Why do you think strippers wear those nipple tassels? Because That's the only part that people want to see! That tassels keep the mystery alive! Jesus, it's weird that I even have to explain this.

Ahem, I digress. Obviously, the mental hardship that I've just endured has not yet worn off, and I guess I'm still experiencing some PSTD (posted saggy titties distress) from the incident.

Anyway, I'm sure you can see where this is headed. You are correct in your assumption that I shared these nipple pics on my client's business pages. They remained on their public platforms for an entirety of 54 minutes before the client saw and called me in a panic.

"Lindsay! Do you realize what you've done!" The chef and owner of the most popular restaurant in my city screamed at me on the line.

I, by contrast, was cool and confident. This was because I had drunk an entire bottle of wine and was in the middle of one of my infamous boudoir nipple shots.

"Look, I'm off the clock, Chef," I said in a slurred sort of way while positioning the camera lens so it was flush against my areola.

"Get a hold of yourself, woman, and focus!" It was then that I heard the fury and imminent danger behind her words, "You posted nippy pics to our page! NIPPY PICS!"

Then it all came back to me as if someone had splashed a cup of ice-cold water atop of my fevered brain.

Rather than sending the boudoir nipple photography to my husband's private group page, I accidentally posted all 902 photos on the client's public restaurant network. I'm not sure if I was just too drunk or in some kind of nipple posting frenzy, but I went on to share the nippy pics to all of the client's social media networks, which in retrospect was odd because how did I even make that mistake?

My best theory as to why the social media filters did not catch onto this content in a timely fashion after the photos were posted was that the boobie pics in question were so obscure with being just very, very close up's of my rough and calloused nipples they did not detect that they were titty pics at all.

That was one good thing because I cannot afford that kind of bad publicity. I was fired (in my opinion unduly) from my content creating job at the most popular restaurant in town. I'm not really sure what I should do with my life now. That social media content creator job was my entire life!

I wonder. Wait! Wait just one second here! I wonder if I could transform Nippy Pics into a household name. Teaching all the people about the raw and beautiful experience of an up-close nipple.

So, maybe this experience wasn't the worst thing that could happen. Maybe there's no need for any lingering PSTD (posted saggy titties distress)!

Let's just say, when one door closes, another one opens…revealing glorious nippy pics. Hey, new slogan!? I think so!