A Gift from a Goddess

by Isla Chiu 12 months ago in fiction
Report Story

Made by the sister of the goddess of fertility, a divine gift of jade starts on its path through time. 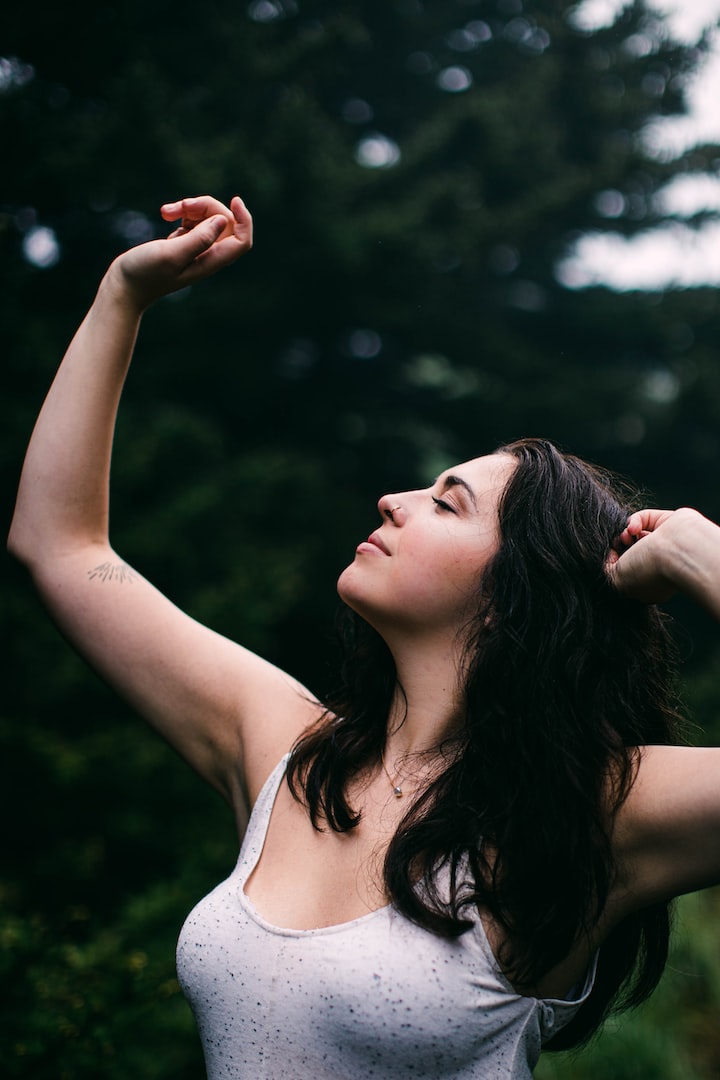 Photo by tabitha turner on Unsplash

I shake my head at the poor peasant below me. Her name is Lanfen, and her life has been a series of unfortunate circumstances. She was born in a wooden hut with a broken roof to parents who were both destitute and cruel. Though she was a sweet, obedient child who did everything her parents asked of her, they loathed her presence simply because she was not a boy. For some reason, many mortals desired sons and not daughters. Did they truly believe the possession of a penis made a person automatically better? For centuries, I have seen many men become emperors, and let me tell you, a good emperor is much rarer than a bad one. If you ask me, these mortals should try having a female emperor. A female emperor couldn’t possibly be any worse than that tyrant Emperor Baojun of Ku.

Sadly, life did not become better for Lanfen when she became an adult. She ended up marrying a man who was just as cruel and just as poor as her parents.

Now she rubs her cheek, which is covered by the newest bruise her brute of a husband gave her. As a goddess, I’m indifferent to most mortals, but for some reason, I feel an ache in my heart as tears glitter in Lanfen’s eyes. Poor weak mortal. She truly deserves better.

I start flying back to my palace in the sky, a newfound determination burning within me. I want to give Lanfen a better life. On the way to my home, I spot Lanfen’s husband by the river. My jaw tightens as I watch his handsome face, one that masks the cruelty under the surface. With a wave of my hand, I make the water of the river rise. A smile appears on my face as the river swallows him and sweeps him away. Since he cannot swim, all he can do is flail his arms uselessly as he drowns to death. As a goddess, one of my favorite things to do is to punish the wicked.

Once I’m in my room, I sit on my bed and close my eyes. Concentrating hard, I envision a long slab of fine green jade. A few minutes later, when I open my eyes, I hold a large piece of beautiful jade.

She laughs. “Diqiu, I’m the goddess of fertility. I know what a man’s genitals look like.”

I glance at the object in my hand. I curse under my breath. It does bear a strong resemblance to a cock.

“Why did you make a jade cock, anyway?” she asks. “You said you have no use for jade or jewels.”

I do have a disdain for what the humans call precious stones or gems. They’re beautiful, but they’re ultimately useless, and I have no idea why humans kill each other for such things. However, because humans believe jade is valuable, I think Lanfen would be happy to possess such a large piece and having one would likely reverse her fortunes. “I want to help a mortal,” I say.

Bixia widens her eyes. “You wish to help a mortal? I thought you didn’t care for them.”

As the goddess of earth, I typically care more about trees and soils than human affairs. “I don’t know, this particular mortal is just so miserable. I think some jade could make her happy.”

My sister nods. Then she winks at me. “That particular piece of jade will make her very happy if she uses it right.”

I roll my eyes. “Don’t you have to make sure dawn rises or whatever?”

“Thanks for reminding me. These humans really lose their shit if they don’t see the sun.”

When my sister goes to make dawn rise, I fly back down to Earth and find Lanfen sleeping in her hut. A smile is on her face. I wonder if she found out about the untimely death of her husband. A part of her must have been happy to find out that he would no longer be in her life. I place the jade beside her. I whisper, “I hope you get lots of money for this.” I grimace as I glance at the jade. It really does look like a dildo. Oh well, jade is valuable no matter what shape it comes in.

When Lanfen wakes up, she gasps and holds the jade. “Am I dreaming?” she whispers. She pinches herself and gasps again. “This is real.” She looks up at the ceiling. “Is this a gift from a god?”

“A goddess,” I answer with a smile. Of course, she can’t hear me. Humans are unable to see us celestial beings.

“Thank you, god,” she breathes. Then she adds quickly, “Or goddess.”

She gets dressed, then holds up the piece of jade. “Wow,” she murmurs. “So beautiful. I almost want to keep it.” Then she shakes her head. “But jade is useless to a peasant like me. I should sell it to a noble.”

“Or the emperor,” I whisper into her ear. The current emperor’s wives love jade and would pay handsomely for such a large piece.

Fortunately, some subconscious part of Lanfen must have heard me because she says, “Or the emperor.” Before she loses her nerve, she runs out of the hut.

I follow the mortal as she marches to the emperor’s palace. When she’s at the entrance, her knees tremble a little as she stands in front of the guards.

“I…I wish to see the emperor,” she says.

One of the guards focuses his cold eyes on her. “Why would the emperor wish to see an insignificant peasant like you?”

She pulls the jade out of her pocket. “I want to ask him if he would like to purchase this.”

The guard gapes at the object.

The other guard says, “Hey, that kind of looks like my cock.”

The first guard snorts. “Your cock is much smaller.”

Lanfen bows her head, blushing. “May I go see the emperor?”

The first guard nods. “Yes, yes, you may see him.”

When I look upon the emperor, I am unimpressed. He is short and plain at best. Lanfen, on the other hand, falls on her knees in awe and bows her head.

“Your majesty,” she says, her forehead touching the floor.

“What brings you here, my subject?” he asks.

She presents the jade to him. “I was wondering if you would find this to your liking.”

“I don’t think we need any more jade,” the emperor says.

“Yes, yes, yes, we definitely need it,” the other wives agree.

I smirk. I bet the wives will have plenty of fun with the phallic jade.

Lanfen looks like she’s about to pass out from happiness. She has never touched a gold coin, let alone 20. “That sounds wonderful, your majesty. Thank you.”

The emperor shakes his head. “Women get so excited over jewelry.”

Lanfen practically skips out of the palace with a bag full of gold in her hand. Her first purchase with her new money is a barbeque pork bun, before an impossible luxury. She bites into the soft bread and savory meat, nearly moaning at the taste.

When she’s done with the bun, she returns to her hut and hides her gold in a safe place. Then she sniffs her sleeve, grimacing. It’s been a long time since she’s had a bath. So she goes to the lake, where she strips off all of her clothes and lowers her naked body into the water.

In the woods by the lake, I see a handsome rich noble on his horse. I smile. Why not give the peasant love as well? I’m not as good at casting love spells as my sister Ai, the goddess of love, but I can still work some magic. With a wave of my hand, I enchant the noble into spotting Lanfen and falling in love with her at first sight. With another wave of my hand, I have Lanfen spot him and fall in love at first sight too.

He joins her in the water. I watch shamelessly as he pulls her into his arms and kisses her breast. She gasps as he sucks on her nipple. My own nipples pebble with arousal. Under the water, his fingers slide between her legs. To hide her screams, she bites into his shoulder as he plays with her swollen bud. Because I’m a goddess who can’t be heard by mortals, I have no need to hide the moans that leave my lips as my hand ventures between my thighs.

She wraps her legs around his waist as he enters her wet cunt. My own cunt is slick with my juices, which drip onto my fingers. She leaves red marks all over his back while he thrusts his cock deep into her.

“Will you marry me?” the rich noble asks breathlessly. “I don’t even know your name, but I want to spend the rest of my life with you.”

My work here is done. With a grin on my face, I fly back to my palace in the sky.

Author of romance and smut. Also an amateur foodie.

More stories from Isla Chiu and writers in Filthy and other communities.