If you’re reading this and you’re a woman who has a man who refuses to go down on you, he sucks. 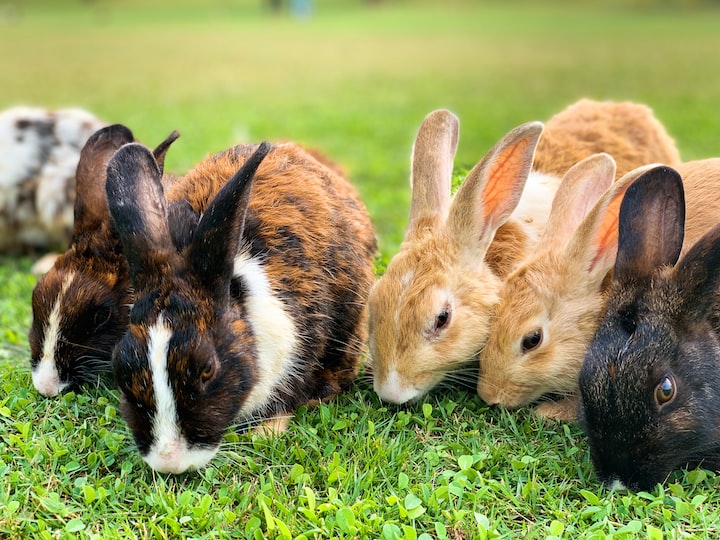 Photo by Aswathy N on Unsplash

If you’re reading this and you’re a man who refuses to go down on your partner, you suck.

Who raised you, wolves? — no wolves wouldn’t be so rude. Rabbits, then, tongueless rabbits.

If you’re reading this and you’re a woman who has a man who refuses to go down on you, he sucks.

He was raised by tongueless rabbits.

I do not know why many men do not always reciprocate oral sex (I was not raised by tongueless rabbits and so their mysteries elude me.)

I asked a number of women what they’ve experienced, and they told me some of the excuses men give.

So, I thought I’d address each of these one-by-one:

I’m tackling this first because I believe it might be the most common. Men have an odd complex about needing to be great at sex; every bully since I was 12 years old has claimed to be a sex-god. Truly, I remember seventh-grade gym class. His name was Eric and he said:

If women don’t know, variations of this conversation go on in a man’s life well into his twenties. It is only when you start sniffing 30 that any conversations turn to, “Yeah, I don’t know why, but I am pretty sure she was faking it and then I just lost my erection. Got any tips?”

But, dear young men, this mentality is a load of horse shit, and impossible to live up to. Rather than be bad at something, or not do it out of fear of not living up to what you think it should be, talk with your partner.

It’s okay. Sex is about communication!

For this, I can help.

It is a simple exercise I found on Google:

Go to the mirror and let your tongue go loose in your mouth. Then, shake your head back and forth, over and over, while keeping your tongue limp. Let it slap against the inside of your cheeks.

Go and find an object roughly the size of your own penis, shove it down your throat, and shut the fuck up.

If life were anything like star wars, and sex was anything like the force, men would be the sith and women would be the Jedi and the balance would be so out of whack that the whole universe would just be a bunch of Storm Troopers running around poking each other. (That metaphor got away from me.) But the only way sex, oral or otherwise, is going to find balance is by kicking fear out the door and letting in communication and respect.

Remember respect? It’s that thing that’s been sitting outside smoking cigarettes haunted by the sound of only male orgasms.