by Jilly 6 months ago in Short Story
Report Story

Who will Judge me? 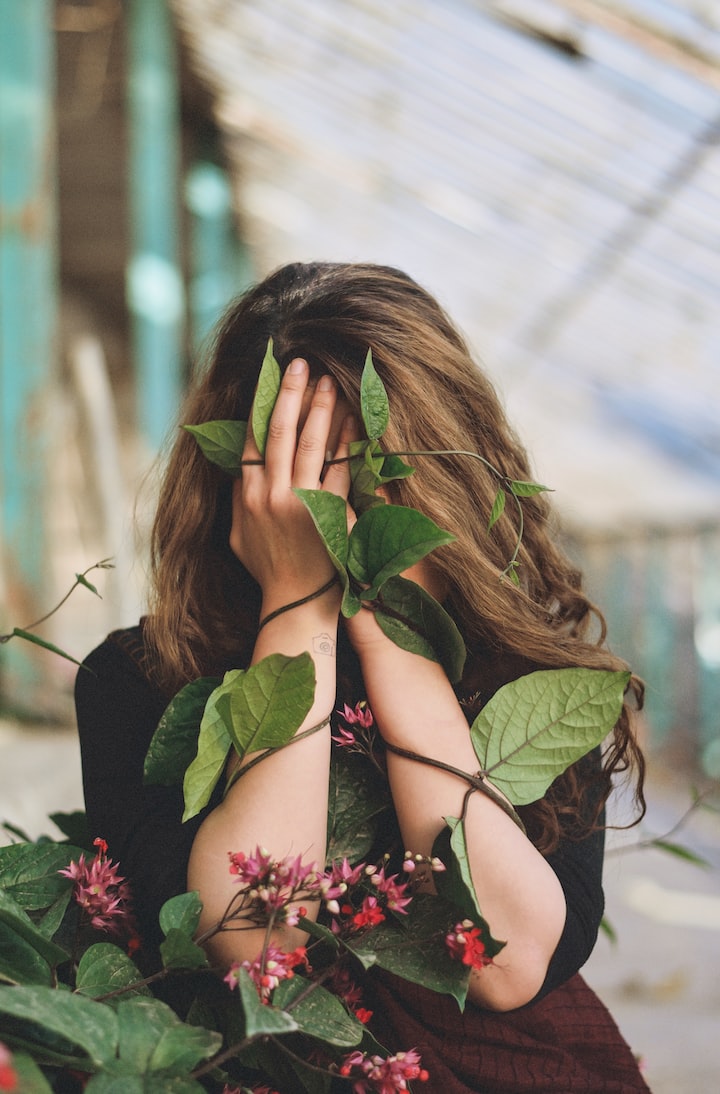 Photo by Foad Roshan on Unsplash

Well, let me quickly paint a brief picture of my life for you. You can then decide if you want to call me one for those names, all of those names, or maybe something entirely different. I wouldn’t get mad at you, I promise. I know, I know, I’m procrastinating, so maybe, after all, I’m not a monster because why would a monster procrastinate, right? Well, here I go!

I was the only child of my parents, and they were poor farmers in my village. My parents owned a half-acre of land, and the three of us worked very hard on it, and I loved working with my parents. We lived in a small two-bedroom wooden house on the land, and our neighbours, on both sides of us, also owned and lived on their land. Our houses were about five minutes’ walk from each other.

One beautiful sunny day when I was fifteen, going on sixteen years old, our neighbour, on the left side of us, came running to our home. I saw him coming because I was sitting next to a window while reading a book. He was three years younger than me, but he was taller than me and lighter in complexion. As he ran, his straight black hair bounced on his head. Up and down it went. I knew that he was almost as strong as a cow, too, because I’d seen him work on his family’s farm. I was surprised to see him because I thought he was at the market with his father, selling the harvested fruits and vegetables from their farm.

My father was at the market selling. He’d left early in the morning and was going to return home the following evening. I wanted to go with him, and I usually went with him, but this time my mother said no. She did not give me a reason for her decision, but I knew the reason. It was because it was the “bride season.” The bride season? Are you wondering what the bride season is? It’s the time of the year when young girls are kidnapped or stolen, if you will, from markets, streets and even from their front yards. They are stolen and given to guys whom they may or may not know. They are to become their wives. What, did you say,

“But you were only fifteen years old. You had nothing to worry about?”

Well, this is my answer to you:

Are you upset because I’ve laughed in your face? Do you think that I’m rude? Well, don’t be upset. It’s not entirely your fault that you do not know about the horrors of my reality. You see, I’ve always lived in a state of fear. I was afraid of being kidnapped.

Why? Well, because I looked a lot older than my age. At least that’s what others told me. My parents were tall, thin people, and so am I. My hair reaches halfway down my back, I have long eyelashes and gray eyes and many people have told me that I was beautiful.

My best friend, a girl about ten minutes walk from my home, was only two months younger than me, but she looked two years younger than her age. She was snatched in the market the year before.

I have not seen her since. So you see, age does not matter to these thieves.

So, getting back to my Mom, she was afraid of me getting kidnapped when my Dad was distracted.

I was afraid of been stolen too, so I said nothing, and my father went on his own to the market.

I yelled for my Mom and opened the door to my neighbour. He did not come inside. My Mom and I went outside to him.

“My Mom is sick,” he said, trying to control his breathing, “can your daughter come and look after my baby sister until I come back from the hospital. I have to go with my Mom.”

“How will you get to the hospital?” My mother asked.

“You should bring the baby here,” my Mom said.

“I don’t have time. My uncle is mean, and if I am not ready when he gets here, he will leave without taking my Mom to the hospital. I had to beg him to come.”

I knew this uncle, and he was telling the truth about him.

She told me to go back inside, and that was the last day I saw my parents.

I went back into the house, but a few minutes later, a gray van pulled up in front of my yard, and for some reason, I thought that the driver was bringing my mother and the baby to our home. So, I opened the door and stepped outside, and immediately three men sprung from the van, and before I could move, they grabbed me and dragged me into the van.

So, I was taken far away from my home, and I became the wife of a man who was fifteen years older than me. My husband was a good man. He would hit me sometimes, but that’s because he had to take care of so many things. He was the eldest son of his parents, and he had to run the family businesses, and he was also under a lot of pressure to get sons to keep the family name going.

So, I bear with a “once in a while” punch in the stomach.

I found out that I was quite fertile, and my husband was thrilled when I told him that I was pregnant. My first child was a girl.

I was weak from exhaustion and was lying on the delivery bed at my house.

“What will I do with a girl? Get rid of her,” he yelled before punching me in the face for the first time.

He continued to hit me until his mother came into the room and pulled him off.

“Next time, give me a son and get rid of that,” he yelled as he left the room.

The baby was on the bed next to me. She was crying in hunger, and I reached out for the pillow above her head and dropped it on her face.

My husband later told everyone that I had miscarried.

My second children were twins. They were a son and a girl. I took her life too, but my husband still beat me up because he said that twins showed how superior he was in the baby-making department. I had robbed him of this glory. Nevertheless, he did not beat me up too badly. I quickly give birth to another son and then twin girls. I thought that this would make my husband incredibly happy because now he could brag, but he brought me to the point of death.

“I’ll kill you. I’ll kill you,” my husband breathed into my ears with his hands tightening around my neck.

“Twin girls? Are you telling me that I’m a weak, weak man?”

So, I took their lives too.

Well, if you were keeping track of it, you will see that I have killed four of my baby girls, but they did not suffer a lot. It is better for them to die immediately than to live in fear of getting kidnapped and then beaten and even worst.

In total, I give my husband seven sons, and I give birth to five girls.

By now, I’m sure you would’ve noticed that I always say son and girl instead of son and daughter or boy and girl. There is a reason for that. Well, I’ll still do it. The baby boys are sons because their fathers welcome them, but baby girl, well, you know.

Well, my mother-in-law was impressed with how I took care of my baby girls and soon, I was being hired out for my “dispatching skills,” as she would say.

So, I was taken to rich and poor people’s homes for many years, and there I would dispatch their unwanted bundles. The fathers and sometimes the mothers were very thankful for my service, but other mothers, who wanted to keep their daughters even if their husbands wanted a son, told me that God would punish me one of these days, but I always ask them the same question. I asked them,

“Which God? The Christian, the Muslim or the Hindu gods?”

To date, no one has ever given me an answer.

There is much more for me to tell you, but all of this talk has tired me out, and I need to rest because I have a job to do later. However, before I go, what is your verdict. What will you call me? Am I a murderer, a monster, a hero, something entirely different or all of those things? Who am I?

If one person (but more is always welcomed) is entertained or encouraged in their life's journey by reading/listening to one of her writings, she has succeeded in her task.

More stories from Jilly and writers in Fiction and other communities.