When Life Gives You Pencils.

by Natalie Stockham-Hill 5 months ago in Short Story

A short story by Natalie Stockham-Hill. 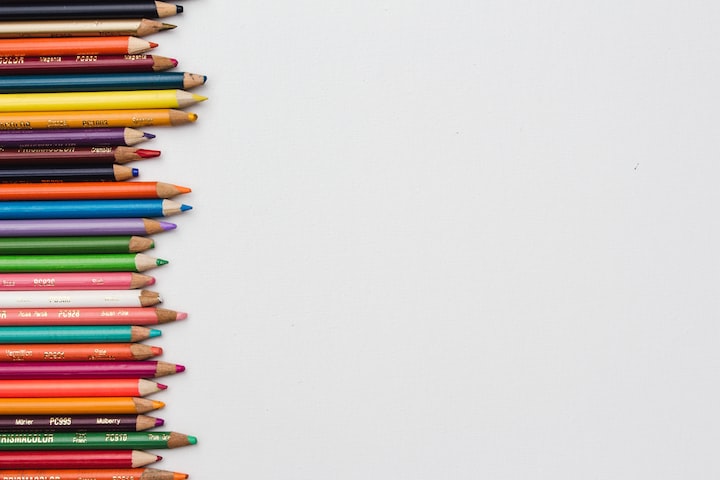 Photo by Kelli Tungay on Unsplash

Settling in and making new friends was always the hardest part of school. Not just because she felt different to everyone else but, it was becoming tiring.

Mam was busy and smart but Patience didn't see her as much as she'd have liked. Apparently, she was important, a Governess or something. The only thing she ever heard her say though was, "Civil Servant! Civil Servant, they don't need to know any more than that Patti."

Patience was eight years old soon and she understood a lot of things about people, how there were many different types and how sometimes they did things they didn't want to do, that got them into trouble. Then there were 'straight' ones, 'gay' ones, 'nothing' ones, 'everything' ones, 'confused' ones. Then there were 'poor', 'working-class' and 'privileged'. Patti often wondered how different life could be for each and all of them.

Loud voices broke her daydream. Two of the boys had started fighting. It seemed to Patti that the boys had been good friends but, one of them had sharpened the others' pencil 'to nothing' and it had begun to get out of hand. Turns out it was Benjamins' favourite pencil that his uncle had brought back from Brunei. It didn't all make sense to Patty but, it didn't have to, she thought. It was just another of those times when good people did things they didn't mean to and it got them into trouble. A pencil.

How strange life was. How unfair.

She looked again at the boys and wondered which of those, 'types' she'd been thinking about earlier that they would turn out to be, when they grew up a bit more.

Ben seemed the ‘nice boy’ but, if the teacher didn't come back into the room soon, he could go too far and that might change the type of boy he’d become. She began to study Ben and decided she liked him, she would help him and be nice to him, if he ever got into trouble.

What or where was Brunei anyway?

"Enough!", "Silence!", oh thank goodness, she thought. A few chairs scraped across the floor, feet shuffled and ran. Patience tried to keep her head down looking at her workbook but, she kept wanting to check if Ben was okay.

The teacher was good, very good. He managed to talk to the two boys without letting them talk to each other and he seemed to grasp what had happened quite quickly too. “Guess he’s seen this a few times before”, she thought.

Ben seemed okay, he hung his head but, at least there were no tears or anything. Joseph stood tall and looked the teacher right in the face but, he didn't answer back. He still had a very, very short pencil clenched in his fist, with no tip to it, because he had sharpened it all the way down until the last bit fell out.

It was over, the teacher made them both say sorry to each other and they went back to their seats. Joseph was actually quite nice looking too. She thought.

Patience wondered about the man her Mam had told her about. The one that was supposed to be her Daddy. He liked cars she said. She wondered if he also liked pencils when he had been young.

"Hi!", said a voice, a boys’ voice. It was Joseph. He had crawled under his desk and popped out on her side. He was pretending that his pencil had rolled to be just by her, on the floor. She didn't believe it for one second.

"Well, yes, I suppose I did, I put it in the sharpener on teachers' desk until there was kind of nothing left anymore. I didn't mean to. No, well, I mean, yes, I did mean to but, I thought it would be funny see! Aa a and it wasn't." He stammered.

"I didn't know it was his favourite pencil", Joseph said, with what seemed like remorse. "He managed to fight me anyway, he has a good punch in his left hand. I knew I was wrong, that’s why I didn't fight him back. I think I might have hurt him otherwise and I couldn't do that could I? After ruining his favourite pencil and all!".

"Joseph! What are you doing again? Don't you think you'd better get back to your seat boy?!". The teacher called over the childrens’ heads.

That was the only person that spoke to Patience that day. Joseph. The boy she thought she didn’t like. She knew she liked Ben. Maybe, she liked them both? Maybe, they’d be best friends soon, who knew?