The breeze of the moon was very cold, and the little rabbit's face was frozen red. 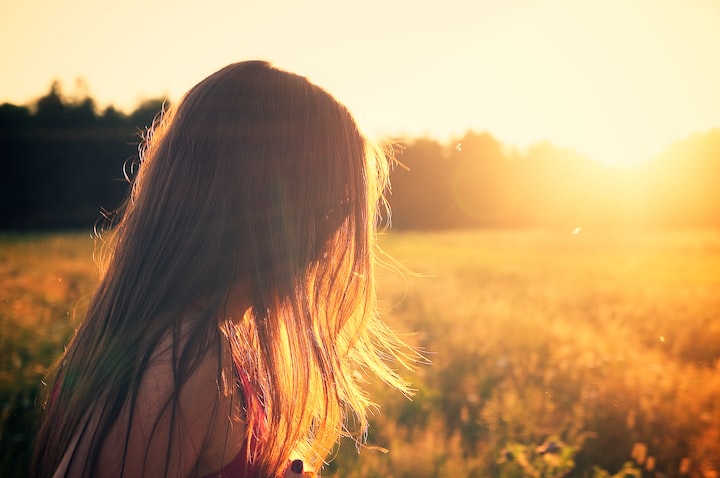 Photo by Alexander Shustov on Unsplash

The breeze of the moon was very cold, and the little rabbit's face was frozen red.

The little rabbit looked at the big rabbit with pity and said, "Why is the wind always so cold in winter?"

"Because the wind is also very lonely, always unable to find what it wants. So in the cold winter, he can only wander around and stay on people for a short time to get a little warmth." The big rabbit took his hand away from the little rabbit's face.

"Then why can't the wind always find that thing, if it finds it, then it won't be so cold." The little rabbit was so cold that he stomped his feet.

The big rabbit smiled: "In fact, the wind's thing was always around him, but he ran too fast and didn't find it."

"Some things are not so easy to find in a sea of people. Sometimes you should stop and think about it because what you want may always be around you. If you run around blindly like the wind, the thing you are looking for will probably leave without a trace, and you will end up asking others for warmth." The big rabbit hugged the little rabbit tightly so that the cold wind could not blow the little rabbit.

The big rabbit blew into the little rabbit's ear: "I love you."

Mr. Sun had a cold

The weather is getting colder and colder, and even Mr. Sun is catching a cold.

When Mr. Sun caught a cold, he was too lazy to get up and had to go to the doctor, so his friends didn't see him for many days.

Mrs. Rabbit got up early in the morning, put on her flower apron, and cooked for her baby. Through the window, she looked at the sky, which was gray and cloudy, still not clear.

Mrs. Rabbit complained while she was busy in the kitchen.

Mr. Elephant got up early in the morning, put on his sneakers and work pants, and went to the sawmill to carry the wood. He pushed open the door and saw that the sky was as cloudy as an iron plate.

"Mr. Sun is not like this, it has been so many days, is he still sick, must be at home to soak sick, right?"

For example, someone else said: the sky is getting dirty, and Mr. Sun does not know to take a rag to wipe ......

Mr. Sun felt too aggrieved. He became even sicker. (Bedtime short story for girlfriend sweet long) I do not know why, Mr. Sun after eating the medicine prescribed by the doctor, the disease is still not well. "Then, just take the injection," Mr. Sun said to the doctor. (Sweet little story) So the doctor gave Mr. Sun a shot in the buttocks. Mr. Sun grinned. It was hard to feel sick.

But a whole day had passed, and Mr. Sun was still not well.

The doctor reassured him, "Your illness, is not a major disease, do not be too anxious, go back to rest more, it will be fine."

Mr. Sun slept a lot, all his body is still sore and in pain, so boring ah, he pushed open the window, just see a little girl. The little girl's eyes were black and her lips were red, very cute.

The little girl was sitting in front of the window, concentrating on her painting, and she was painting the red sun.

A strange light like a jewel sprinkled onto her, starry, and she looked up and was surprised to find that it was Mr. Sun.

These days Mr. Sun has been sick (bedtime stories to coax his girlfriend to sleep), feeling that he has no face to see people. The little girl was the first person he came across who didn't complain about him and took the initiative to say hello to him. (bedtime stories to lull a girl to sleep)

Mr. Sun asked in a low voice, with his head down. (A little bedtime story to coax your girlfriend)

Mr. Sun spoke like a little girl, and a smile gradually appeared on his face.

Probably people do not know that "I love you", these three words are a very magical spell. The same goes for Mr. Sun. (Short bedtime stories for girlfriends are super sweet) Mr. Sun said and got up from the bed, stretched his arms, and stirred his legs, he felt refreshed, his body was full of power, and he never wanted to stay at home again.

"It's amazing!" Mr. Sun also felt very strange, and he was completely cured.

Mr. Sun couldn't wait to come back to work. (Bedtime story girlfriend warm short) He stretched out his golden fingers and gently touched every person, every tree, every plant ...... as if to say: I love you!