by James Ian Benson 2 months ago in Horror

A Tale of Several Peculiar Encounters 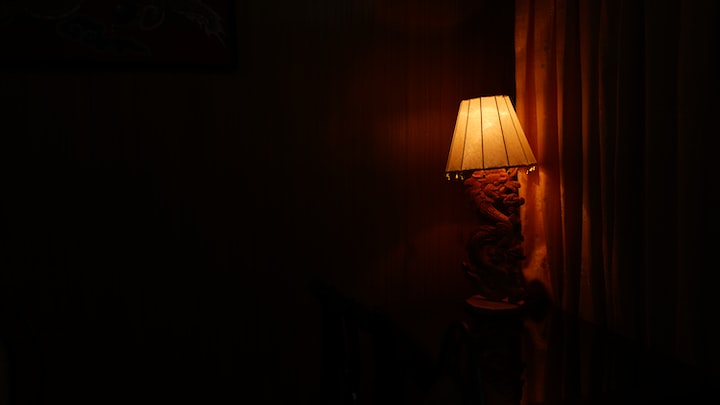 Photo by Arun Anoop on Unsplash

"Your brats violated my pear tree, and I don't want to have to come here again!"

These were the annoyed words of Julie Ferguson, eighty-one years old.

"I’m sorry about my kids, Mrs. Ferguson. They normally know better, but they do like to play with the boy up the street.”

“Well, I talked with that boy’s parents, and they gave me the same casual attitude that you’re giving me now. Just make sure it never happens again!”

“Yes, Mrs. Ferguson. I’ll deal with my kids about the matter. Good night.”

Julie walked back up to her lovely little green-painted house. She took a moment to pause and gaze at her pear tree. The neighborhood children scattered many pears across the ground from earlier.

“Humph! How I loathe and pity today’s generation. It’s like they have no decency!”

It was 1993. Julie had been a long-time resident of San Jose, California. The quaint green home and pear tree were all she had since her husband’s death.

Flustered but eager to wind down for the night, she poured herself some homemade pear juice. Made from the pears that she grew.

She took a drink and reflected on memories past. Gone were the days in which her rough collie Buster would keep her company. He would have spotted those children sooner than she did.

“I should visit his grave sometime next weekend.”

When one lived alone, one found solace in talking to oneself.

Julie changed into her flannel nightgown and got into bed. She dozed away, dreaming of times she remembered fondly.

Julie was in for a rude awakening.

She heard a sudden knocking come from her front door.

Julie awoke groggy and irritable. It was past midnight, and someone else was trespassing on her property.

Who could it be?

Slowly, Julie got her robe and walked down the hallway towards the door. All the while, the knocking continued.

She walked to the side window and spotted three short people standing at the door. They appeared to be young children.

The first boy wore a basketball jersey and a baseball cap. The second boy had a black t-shirt and a bowl haircut. The girl dressed in a light pink skirt decorated with flower prints.

They all had pale skin.

These children reminded her of the whippersnappers from earlier, but something was off about them. Other than they were out well past curfew.

“What do you children want?!? Do your parents know you’re out this late?!?”

The trio turned to the window upon hearing Julie call out.

Julie was in disbelief.

The way they talked put her off. They spoke in a creepy monotone she could barely comprehend.

Julie failed to deter these newcomers.

“Please! Let us use your phone!”

While still irritated, Julie pitied these children a little. However, she would not be fooled.

“No! Just give me your parents’ number. I’ll call them for you.”

“It’s dark out here! We need shelter! Please let us in!”

“If you don’t leave now, I’m going to call the police!”

“Can we at least wait inside? Then we’ll be gone!”

Julie didn’t know whether to enact her threat or have mercy on her visitors.

She decided she would answer the door and confront them directly. She wanted to get a better look at them, and she didn’t fear getting jumped. They were only children, after all.

Julie unlocked and opened the door.

“Now listen here. Children aren’t supposed to be out this late. Do you have any idea how worried your parents must… “

Julie made eye contact and saw the darkest of coals. They were void of humanity as they violated her soul.

“Can we come inside?”

She slammed and locked the door.

Julie couldn’t believe what she had witnessed. In her mind, it was all a bad dream.

Still curious, she peered out the window again.

The three visitors had vanished.

She recalled catching sight of the neighborhood children from earlier running off. But these children… they disappeared.

She went back to bed, disturbed.

This time it was 3 am. While it was closer to sunrise, Julie felt unease. There was something unsettlingly familiar about that time.

Julie noticed that all was quiet.

She got up to relieve herself and then went to the kitchen for a glass of water. Everything looked peaceful in her kitchen and dining room. One would have never guessed that children from Hell had visited.

As Julie turned off the light, she swore she saw a shadowy figure in her peripheral vision. She turned the light back on, only to see nothing there. She continued to bed.

Julie laid in bed, trying to get back to sleep.

She saw the shadow again.

It was a dark shadowy figure standing at the bed’s foot. It stared at her menacingly.

Julie suppressed all cries of terror as she laid motionless.

The shadow person moved side to side at the bed’s foot, not taking its gaze away from her.

Julie couldn’t look away. She hated she was at this figure’s mercy. She didn’t want to close her eyes but feared turning her attention away.

Despite being filled with terror, rest returned to her.

Julie awoke to a sunny morning, still shaken from the twin nightmares. First, it was those children with soulless black eyes at her doorstep. Then it was that strange shadow person who invaded her home.

Julie assured herself that neither of those things happened, but she promised herself that she would go to church that day. She would discuss her nightmares with the priest.

A long-time Roman Catholic, Julie’s faith had never wavered. But these strange occurrences served as reminders that evil lurked about.

Her time with the priest was brief, but he reaffirmed she was faithful and advised her to pray for her home’s sanctification. Still, she felt like there was more to these matters.

She remembered an old box of her late husband’s most personal property.

Bill had a personal interest he didn’t devolve with her about. He had insisted that it wasn’t an affair and that he would have come clean if it was. So Julie trusted and never meddled in his privacy.

But last night’s encounters changed all of that.

Julie found photos of themselves, of their children, and of past times. She found nostalgic memorabilia and Bill’s childhood baseball. Most notable of all was his journal.

Julie loathed herself for invading her husband’s personal life, even if he was long dead. But she sensed an unrelenting desire to search and read his journal.

Page upon page, she mainly found his recollections of their adventures together, when they got Buster, and how much he loved her.

It was one particular entry towards the end that caught her interest.

Bill had dealt with some esoteric matters.

Ones that invoked dark spirits and pursuing forbidden knowledge. He even once did a ritual that seemed to imprint foul spirits upon their family name. This was two weeks before his death from a heart attack.

She never thought of her husband to have dealt in unholy matters. She recalled that the fifth anniversary of Bill’s death was several days ago.

Julie no longer believed it was a heart attack.

Five years later, the dark forces had now come for her.

She darted outside to chuck out her husband’s box, the man she had once loved.

Upon reaching her bin, Julie hesitated.

For a moment, she pondered to herself and then sneaked over to the Smithsons’ house. An act of retaliation for how their children vandalized her pear tree.

Not a soul was watching, so she opened their garbage bin and hurled Bill’s box into it.

She smirked at this minor victory, but would it be enough to keep the dark creatures at bay? It was already dusk, and she needed to act fast.

Safely at home, she kneeled for a solemn prayer, asking for sanctity for her homestead.

She helped herself to some of her homemade pear pie.

Sundown passed as she got ready for bed.

That infernal knocking came again, but she dared not answer. The black-eyed children’s voices beckoned.

Ignoring these pleas, she closed the door to her bedroom and went to bed.

She awoke at midnight to see the shadow person was back but now wearing a bowler hat.

The figure glared at her as it had done the previous night. Its icy stare instilled terror into her as she invoked divine protection.

She rediscovered sleep, but only temporarily.

Julie re-awoke at 3 am. The shadow person had vanished.

She smiled, believing she had won.

That was, until she turned to the window and gazed into the most monstrous of glowing red eyes looking at her through the window.

Julie screamed as this new monster broke through the window and landed next to her bed. Thinking quickly, she turned on her bedside lamp and grabbed her crucifix, which she held at the demon.

Its graveling voice sounded like no specimen of this world.

“That will not protect you, wife of William Ferguson!”

In an instant, the foul creature snatched the crucifix from her and shattered it into pieces.

“Fool! Your God will not save you!”

Julie went numb with terror as the demon pounced on her.

Several days later, the coroner wheeled out the lifeless body of Julie Ferguson.

No signs of a struggle or physical trauma were present, so police suspected a heart attack. They remained baffled by the broken window and shattered crucifix.

The neighbors watched all of this unfold, including the Smithsons.

Later that evening, Carrie Smithson heard knocking at the door. She answered, still saddened by the loss of Mrs. Ferguson.

“We understand you were neighbors with Julie Ferguson. Did she leave anything behind for you?”

“Ma’am, that is not important.”

Carrie noticed the earpieces that they wore. She rationalized they must be from the government.

An idea that intimidated her greatly.

“Well… well, my husband found a box she threw in our garbage. I never thought of her as being vindictive like that.”

“Can you bring us the box? We wish to have a look.”

She signaled for them to wait as she scuttled off, hiding the fact that their monotone crept her out.

Carrie returned with the box, which she handed to one agent. The other snatched up the journal, skimmed through it, and then put it away in his coat pocket.

“Don’t need you a warrant for this sort of thing?”

“Ma’am, this is a top-secret matter. One that concerns national security. The Fergusons were not the people you thought they were. I suggest you push them out of your mind.”

Suddenly, he pulled a card out of his sleeve and handed it to her.

“That is my agency’s contact info. If you have any concerns, call that number. Otherwise, go about your life. Good night.”

With that, the free-handed agent closed the door with his exceptionally long arm.

She stared at the card, which she understood was for the CIA.

Carrie peaked out the window and watched as the agents drove away in a 1950s black sedan.

The next day, Carrie called that number and spoke to a CIA representative. She recounted her ordeal, but when she read the agent’s name, the speaker became flabbergasted.

There was no one in the whole agency with that name.

I am an aspiring author who has a fancy for fantasy, sci-fi, horror, apocalyptic, dystopian, and alternative history.

My influences include JRR Tolkien, HP Lovecraft, and George Orwell.