by Diana Harvey 7 months ago in Short Story 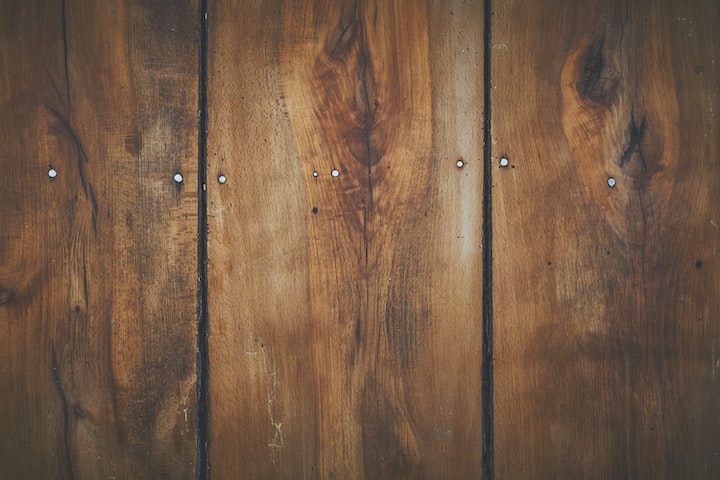 Photo by Michael Oeser on Unsplash

I stare into the dark room, waiting for any sign of a threat. Thom and Bailey stand close by in anticipation, ready to attack anything that shows itself. Thanks to the faint light of a nearby window, I see that the room is in fact empty. I take a deep breath.

Thom and Bailey are the first to scramble inside, their flashlights illuminating what once were dark shadows of this abandoned bedroom. The twins, Lyle and Sam follow closely behind. I wait.

"You gonna just stand there Keith?" Bailey mocks me as she starts throwing anything she can into the large bag she brought with her.

"You know the drill." I respond.

Every run we do goes like this: I go in first to check each room for squatters. I clear the space, the others loot and scavenge, and I stand watch.

There’s something different about this place. For the first time I feel guilty standing watch for them, as if none of us should be here.

I watch as the twins tear into furniture with their rusted knives, leaving nothing but moldy fabric scraps in their wake. They always remind me of rabid dogs when they do this- the kinds I used to run from as a boy.

There are few places I imagine are worse to be during an uprising than a home for boys. I saw priests commit acts more evil than the criminals I’ve worked with since then. Desperation makes people do things they never would have otherwise. When the world fell apart, we all had to learn how to fend for ourselves. No more class systems, no more rich or poor. We’re all the same now. I guess it’s what some people wanted before this happened, but nobody seems grateful for it now.

Putting one man in charge of a crisis as major as human survival seems like a pretty bad idea to me. I may not be an expert, but I know people, and people sure as hell don’t like one person having all the power.

It all happened before I was born, so I’ve only learned fragments: Some genius scientist, Anton Vanderbeck, claimed he had the ability to reverse the climate crisis on our planet. He took billions from anyone he could to “save the planet”. Years passed, the poor got poorer, the planet got hotter, and there was no word from Vanderbeck. Apparently it was all a lie, a fairytale told to get rich, and in its wake it left people poorer than they’d ever been. When the uprising started, he was the face of everything wrong with society. Mobs broke into his home, tortured him and his family. Burned his baby alive.

“You guys got anything good?” Thom yells over to the twins.

“Some silk from the pillowcases, but that's it. We should try another room.” Lyle responds. Sam, the silent one, nods.

“Well what the hell did you expect Thom? You really thought we’d be the first to think to come here?” Bailey snaps at him. I’ve never seen her so tense.

There’s a strange energy in the room when she says this, and it’s clear her and Thom know something the rest of us don’t.

“What’s that supposed to mean?” Lyle puts down his knife. He turns to me: “You know what they’re on about?”

Thom glares at Bailey as the rest of us wait for an answer. He doesn’t give one.

“Let’s move on. There’s more places to look.” Thom pushes past us and out of the bedroom, his flashlight illuminating the way.

He leads us down a hallway to the kitchen. There’s no hope looking for food, that would’ve been the first to go. Instead they look for leftover silverware, knives, first aid kits, and anything that can be bought and sold for basic supplies.

This is how we’ll spend our lives- searching for things left behind.

The hours drag on as we move through the mansion, adding items to our collection as we go. These days we’re lucky to find scraps of paper or old gauze. It’s been years since we found something truly valuable.

“Alright let’s go.” Thom says, letting us know the run is over.

“What’re you talking about, we haven’t even been down those stairs!” Lyle points his flashlight at a set of stairs leading down to a basement.

“We’re not going down there.” Thom states, matter of factly.

“Well why the hell not?”

Thom darts to Lyle and grabs his flashlight, throwing it to the ground. It falls in a horrible thud, and the light shines sideways against the wood panelled floor. I notice something odd. It’s faint, but I can see that one panel is slightly higher than the others, as if it was laid down in a hurry. I start to walk to it, but something stops me. I don’t want the others to see.

“I am sick of you questioning me! You would have nothing if it wasn’t for me. You'd be on the street doing god knows what! Your brother gets it, Keith gets it, everyone but you seems to get it! What I say goes!” Thom is pure rage. I’ve seen him get this way, and I know better than to be on the receiving end of it.

Thom towers over Lyle. He’s always used his height as a means of intimidation. It also doesn’t help that he’s the oldest, and the one that carries a gun.

Lyle stares at him, fuming. After a moment, Thom walks past him towards the door.

“You guys have been acting weird since we got here, and I think the rest of us deserve to know what the hell is going on!” Lyle shouts.

Thom stops, but doesn’t turn around.

“For god’s sake Thom just tell them.” Her green eyes are desperate. “It’s not that big of a deal”

Thom turns and looks at Lyle.

“Why don’t you go down there and see for yourself.” He says.

Lyle stares blankly at Thom, but I understand.

“Are you kidding?” Lyle asks, a mix of excitement and disgust in his tone. “Well shit, we should burn this place to the ground then.”

“We’re not doing anything.” Thom says. “Let’s just get out of here.”

Sam and Bailey follow Thom out the door. Lyle mutters to himself as he bends down to reach for his flashlight.

“Stop!” I shout, startling everyone including myself. They stare at me.

“I’ll get it- you were gonna drop something.”

Lyle looks confused, but agrees. He continues to head to the door. I wait for Thom to turn back around, but he doesn't. He waits, watching me.

“Why the hesitation Keith? You’re not waiting for us to leave to do some searching of your own are ya?”

“Of course not.” I lie. “To be honest I just need to… you know.” I look towards the bathroom, hoping he’ll understand.

“You know plumbing ain't gonna work in here.” He says.

“You really think I care.”

“We’ll wait for you outside”

Thom walks out the door, following the others. I wait for his flashlight to show that he’s away from the door, then I stoop down to the panel.

I run my hand over it, making sure it isn’t just a trick of the light. It’s not. This panel isn’t on correctly. It doesn’t take much for me to take it off completely. I shine the flashlight onto a collection of drawings, toys, and small trinkets- all signs of a child’s hiding spot. It’s the first time I’ve ever found something untouched by the uprising.

I pull out a few of the items, inspecting them with a sense of familiarity. A toy giraffe seems to bring back an image of a woman with blue eyes and a kind smile. The drawings all seem to be of abstract faces I’ve seen before. I lift out a small box, with the engraved initials SLV. The box itself is made of carved wood, something that could potentially be sold. It doesn’t seem like the typical trinket of a small child, but as I open it I realize why it has been hidden.

On a bed of blue fabric, is a necklace. It’s shaped like a heart and made out of what looks like pure silver. I remember being told the difference between real and fake once by Thom, and now for the first time, I see why it’s so valuable. It shines in a way I’ve never seen before. This alone could feed us for years. I touch it, feeling the detailed engraving, and pick it up. Under it is a folded piece of torn fabric. I open it to find a note, written in frantic handwriting. Whoever wrote it, wrote it quickly.

You have always been the key to our salvation. I believe in my heart you will find us again. The gift I have given you will save us all.

Close your eyes, and think of us”

I run my thumb against a ridge on the necklace and stop. I look down, pointing my flashlight at it. It’s a locket. I open it to find a small photo of a family. Vanderbeck I recognize, mainly from graffiti I’ve seen on buildings, but the woman I know from somewhere else. She’s beautiful, blonde with blue eyes, and holds a baby that almost looks like-

“What's this?” Lyle’s voice startles me, and I drop the locket on the floor.

I reach for the locket but Lyle gets to it first, handing it to Thom, who’s eyes widen.

“I put up with a lot, but betrayal is not one of them.” Thom’s voice is unsettlingly calm, but his eyes are daggers.

“What good is silver when the men you trust would kill you for it. I’d rather have scraps than a liability like that.” Thom reaches for his gun. I try to get up but Lyle keeps me on the floor.

“You thought you could come in here and look around without us, I know you! I know how you think! You’ve always thought you were smarter than us.” Thom’s voice grows angrier. For the first time, I feel like this isn’t just an act of intimidation.

“Well I hope it was worth it.” He snarls. He throws the locket at me, and points the gun in my direction.

“I want you all to watch this and remember what happens when you get greedy!”

I don’t beg. It wouldn’t be worth anything to him if I did. I just hold the locket in my hand, the one valuable thing I ever found, and close my eyes.

I keep them closed, waiting for the shot to come. It doesn’t.

When I open my eyes, the house around me is different. It’s no longer dark and abandoned, but instead looks beautiful and brand new. Sunlight comes in through the windows I didn’t notice before.

I look around for traces of Thom and the others, but there’s nothing. No bags of silverware, no bullet casing, nothing.

I stand up and walk to the front door. As I step outside, I notice the air is nothing like what I’ve ever known. On the doorstep is a bundle of papers tied together by some sort of band. I pick it up and unravel it, revealing a black and white front page.

I look down at the locket that’s still in my hand, and understand it’s value for the first time. Not as a piece of silver, but as a way to save us all.

a girl that loves to write in her spare time

Read next: A week in the life of a sad and lonely shark.