by Chelsi Arnold 11 months ago in Short Story
Report Story

The beginning of the end. 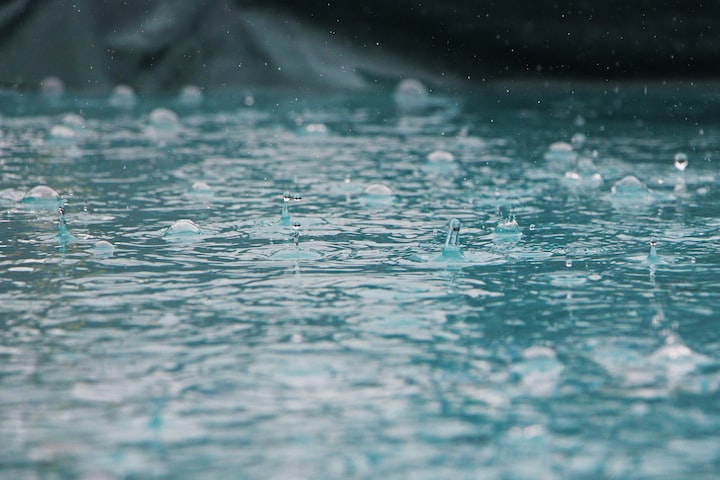 Photo by Inge Maria on Unsplash

Sitting next to her in the small paddle boat, her little brother, Samuel, trembled. She wasn’t sure if it was from the cold or from fear. Anna knew she needed to say something else; come up with a plan to save them, but she couldn’t think of anything. She was just so cold.

Closing her eyes, she tried to remember the sun. It had only been five days since it’s warm rays had heated her skin, but it felt like it had been five years.

No one knew how or why so many tsunamis hit around the world. Some people blamed global warming, others plate shifting, but most believed it was the beginning of the end.

As more freezing raindrops pierced her skin, Anna couldn’t help but agree with the latter. It seemed like God was trying to drown the Earth.

“Do you think Mommy and Daddy found another boat?”

Samuel’s timid voice pulled Anna from her thoughts. His words slashed through her chest, ripping out her battered heart.

Afraid he’d be able to see the truth on her face, Anna stared straight ahead. She wanted to believe her parents were somewhere out there in this vast new ocean, but the cruel voice inside her head told her they were dead.

That first wave had been so huge. So fast. It threw her body, pounding into her over and over and over again. She had no idea how she was still alive. It had been pure luck that she and Samuel had managed to find this barely floating paddle boat. If it hadn’t been snagged by a fallen tree, they would have drowned days ago.

Against her will, her gaze shifted over the edge of the boat where hundreds of bloated bodies floated around them. The stench had been pushed to the back of her mind, but now it came rushing forward, causing her empty stomach to churn.

None of this was right. It was all so unfair. So many lives, just gone… And why? What was the point of all of this?

Scowling at the bodies, she clenched her hands and screamed. Her fingernails bit into the palm of her hand, but she barely noticed the sting. She raised her fists into the air, and yelled, “WHY?! Why is this happening?! What did we do to deserve this?”

Chest heaving, she glared at the dark sky. Just as she was about to take another breath, a large gust of wind slammed into them, flipping the boat over.

“Samuel!” Anna screamed as she fell into the water. Popping back up, she choked and spluttered as she frantically looked around. “Samuel! Where are you?!”

A few feet away, Samuel’s little head emerged from the raging waters.

Kicking out, Anna swam as fast as she could to Samuel. She reached him just as a big wave crashed on top of them. Somersaulting below the water, Anna desperately tried to keep a hold of Samuel’s hand. His little fingers gripped hers so hard, they turned white. Together they frantically kicked to the surface.

Coughing, Anna quickly twisted in the water until she finally spotted the boat several yards away.

Anna’s words were cut short as another wave shoved them below the surface. The roar of roiling waves was suddenly mixed in with a noise that sounded similar to a rusty door creaking open. Confused, Anna looked up. Suddenly, a burst of light flashed across the sky. As Anna’s head came back over the water, she could have sworn she saw a pair of wide blue eyes staring down at her…

“Poseidon!” Zeus screeched as he desperately tried to fix the mess below him. Holding the heart shaped locket in one hand, he used his other to stop the rain and turbulent waters.

Zeus glared at the sun-kissed God. “Look at what you’ve done to Earth! It’s drowning.”

Poseidon cringed. “I thought you gave me Atlantis. My bad.”

Grumbling, Zeus looked down into the locket where a young girl and boy swam toward an overturned boat. Off in the distance, a larger ship was making its way toward them.

“At least there were survivors…” Poseidon offered meekly.

Zeus snarled. “Barely.” He gently closed the locket and sighed. “Earth will never be the same again.”

Born and raised in Texas, I spent most of my time playing sports and going to rodeos. Writing has always been a passion of mine. I love creating new worlds and pushing my characters out of their comfort zones.

More stories from Chelsi Arnold and writers in Fiction and other communities.