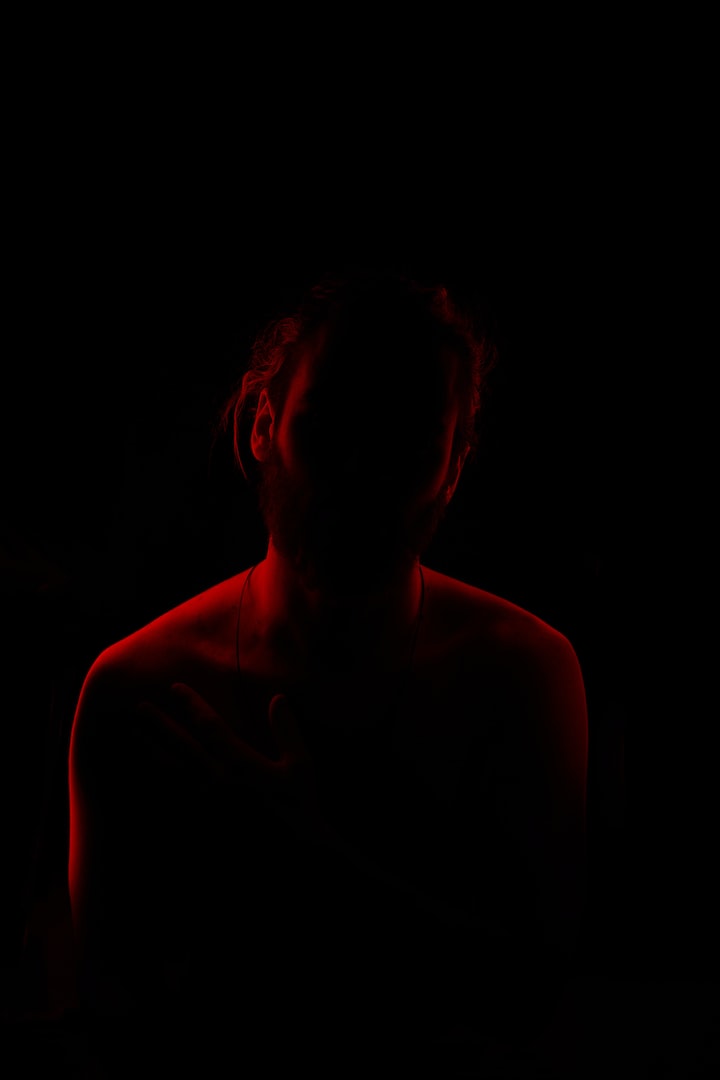 A nebulous form of viridescent light was refracting in all corners of the pond, filling it out and turning the entirety of the once black, dead waters to a vibrant turquoise green. The light seemed alive, yet it didn’t seem to have any awareness of it’s own birth for many years. Now, it had grown an awareness that was slow and agonizing. If you really tried to hear it, there was a soft crying, like a steady, trickling kiss of water hitting a rock from above. From the mystical pond that no one dared go near—-there was a spilling of grief from it. It was actually deeper than it looked—-deeper in physical properties and by it’s own mind. It’s grief was palpable and real in its own realization: it’s life it had before was gone.

Over thousands of years, the black, putrid waters held no life, freezing over and then melting into a waxy, filmy type of oozy stream that never looked quite right. No life ever went near it. It bubbled and cried and screamed silently inside the chaotic darkness, wondering why it was so unloved.

When it had become one with the frozen pond, it felt a little less lonely. No oxygen circulating—-no life within, it made It feel better. As though, the pond finally opened up and understood its pain.

Until the day the sun touched it, melting everything out from within. Or, at least, that’s what it felt like to all of It’s energy patterns. It wondered about how it was formed, why it was made—-so unsatisfactorily, yet still—-it had to keep on existing in such a meaningless and dreary fashion with nothing inside of it. No life, no meaning. It wondered if—-in an existential crisis of a moment(just before the sun hit the surface of it’s body), because of it’s strange existence of its half life, if it was ever meant to know of itself.

I was once a physical being.

What was this Thing?

“What am I?” The Thing asked itself over and over. It could not cry, not really. But it felt like it was drowning in fear and loneliness.

Soon, it got enough energy to expel itself on the land. And it did, trying to cling to anything and everything that it could, to remember itself, to remember who or what it used to be.

Living for thousands of years unchanging was nothing. It was the first moment of bursting out—-of a new sort of birth—-a pain you never knew you could feel or understand that is worse than anything that feels like stagnancy and an undulating existence. It felt as though a luminous and terrifying sun had kissed them—-a pink sun——-and then, a loud booming voice:

“As the Goddess of Spring and The Underworld; Persephone: Kore—I command thee to rise from your undead grave and find LIFE! As you were once human! Find Love.”

And then, nothing. The Thing gasped in a gurgling bubble. Shock pervaded the expanse of its nebulous form. It set out to find its destiny: LIFE.

The Thing crawled and finally stood up, a green watery expanse of light and sound and pain.

But everything looked blurry.

Someone was looking at something.

Finally, someone to meld with. To love. To have them understand what It could be. To them.

“It’s crawling from that black water!” Another person screamed. “LOOK OUT!!”

The piercing voice made the Thing twitch and stretch, and the person looking away, turned around, finally.

Another voice from far away yelled.

Then, something looked at him. The person that was staring at the sky.

With eyes bluer than heaven.

The Thing felt good and remembered everything. It remembered it’s life before. Thousands of years ago. Left behind. A human holding onto another human. Grasping and holding and caring. Tasting the fruits of the earth and growing and weeding and sowing. Tilling and mowing and fishing. Swimming.

The Thing became one with them All and the blue eyed person, too.

Read next: The moment