The Stench of Revenge

Vengeance is a Mother... 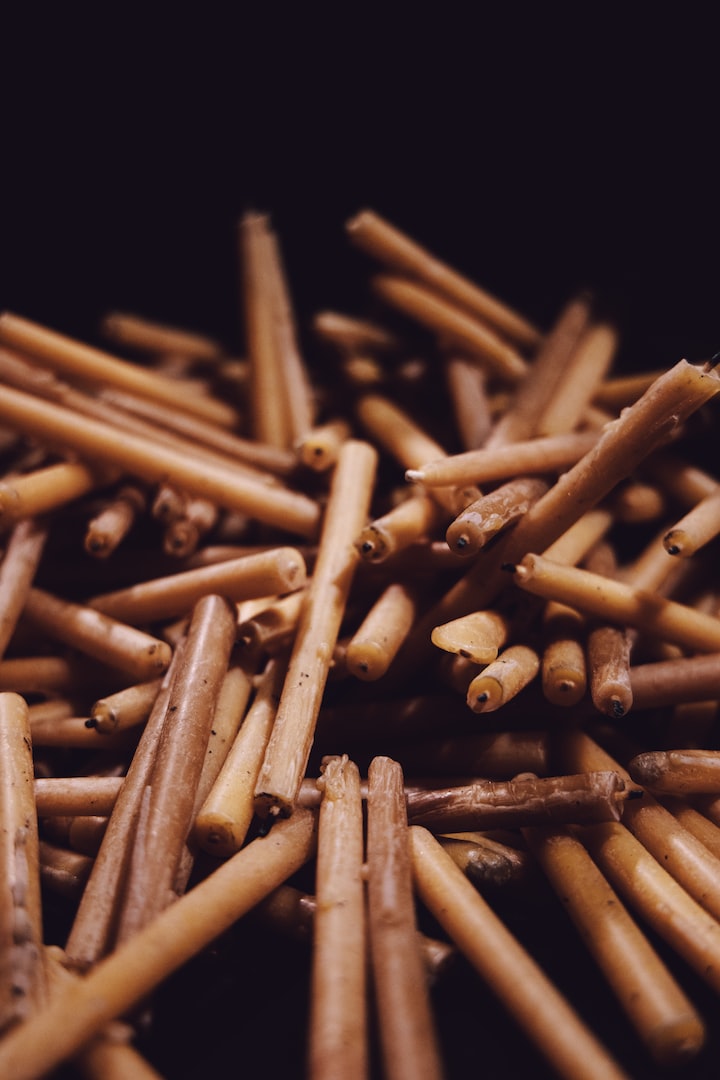 Photo by Luis Morera on Unsplash

The flame began its ascent like fingers slowly separating from a fist. As the light wiped the sleep from the corners of the empty cabin, the shadows were delighted upon seeing their reflection once again. Their friend and foe, the light, highlighted their curves and they danced in the flicker.

The flame soon transformed into a dance moving so violently that even the shadows grew tired of being thrown against the wall. It began to stretch itself upward towards the roof. Destruction was nigh as the tip of its single, inflamed finger inched ever so closely towards the nutritious, delicious, dry wood.

But in an instant, it retreated; it was not yet ready to eat. Its hot breath remained close to the rooftop as a menacing reminder that a fevered poke could easily turn into a five fingered smear of widespread devastation.

It was at this moment Eliza had woken from her comatose nightmare.

Though five years had passed since the lids of her eyes folded back and peered upon natural light, her now 18 year old body still reeked of an odor from handling boiling water and flesh. Despite many cleanings, soot flakes were scattered about her hospital room as if the wind toyed there with pepper.

“Where is my mother?” she said with a slow whisper as if trying to remember the pronunciation of words.

The startled nurse at her bedside looked down at the voice never heard before in the room. She was only silently familiar with the severely burned, disfigured girl who was found by her mother submerged in tallow.

Eliza repeated the words with greater intensity, “Where is my mother?” As she spoke them a 2nd time, she attempted to rise out of her hospital bed coming almost face to face with the nurse. She demanded to know where the woman with whom she shared blood, survival, and poverty was to be found. But because she was still too weak, she retreated upon her headrest and sank unconsciously into her memories.

Frightened, the nurse ran to seek the doctor.

Mother vowed never to return to the cabin until her daughter was restored. She spent the last 5 years scavenging the riverside patiently waiting until the day the candle would reignite.

The time had come.

On THIS day, vengeance would be a promise fulfilled.

As Mother’s heavy feet bellowed toward the cabin, the hinges of the weathered door were irritated at being disturbed. She sat down on her rocking chair now covered with soot and dust. With keen eyes, she peered at the spent candle on the table. Old wax had dribbled down its sides, hardened, and appeared as frozen teardrops.

“It must be remade,” Mother muttered to herself. She knew what she must do.

Collapsing back into the crevices of her memories, Eliza first remembered how she and her mother made and sold tallow candles from animal fat. Though the process created a binding stench that was saturated in their skin, the candles were their main source of income and light. The town’s folk would often snicker, turn down their noses, and look away as they approached town.

Eliza’s memories then fell to the schoolhouse. Students and teachers alike complained about the lingering odor and the trails of soot. Her desk and chair were placed between the door frame mercilessly exposed to the elements. Winters hardened her back while the summers scorched it.

Of all the students in her class, the most cruel were the twins: Oscar and Beatrice Chandler. Oscar had an insatiable taste for sweetness. His mouth was usually full of strawberries, chocolate cake, and vitriol. Because of this, his lips often appeared as if they were covered with a reddish, muddy dung. It was quite fitting since he often spewed bloody words of disgust at Eliza and her mother.

His sister, Beatrice, was an image of great beauty and narcissism. Despite her appearance, she reeked like decaying roses in putrid water. Whereas the townsfolk turned down their noses at Eliza’s plight caused by necessity, their envious nostrils flared to welcome the overpowering fragrance of wealth; an aroma they did not have.

Oscar and Beatrice were protected by their father, Arthur, who ruled the town. He flaunted his power and portly excess from their home by the river. He closed his ears when Oscar and Beatrice taunted Eliza and her mother. The grin he produced in the aftermath was loud enough to give his children non-verbal approval and permission to proceed. His blind eye on his children’s frequent malevolence was none so criminal as when they pushed Eliza into a cauldron of boiling tallow. On that day… she burned.

Pieces of her melted flesh were infused with the tallow.

Mother caught a glimpse of her three, haughty prey by the river. She had hunted many times before, but this time was different… personal. They were unaware that a woman with the means and their ends were near. The wind whistled as Mother’s first arrow launched and made contact. Death was immediate.

Rebounding, it rustled through the leaves causing them to shake wildly like pom poms at an impending victory. The second arrow launched. Again, contact made. Death was hungered by the sweet, strawberry flavored saliva now mixed with the muddy surface.

The wind then fell silent as to not give away Mother’s position. But no launch this time. Mother boldly approached her self-absorbed prey. With an arrow in hand…. Bullseye.

Gratified by her newly begotten prizes, she began the process of rebuilding the candle. She combined them with the remnants of the cursed tallow from 5 years prior. Mother was careful not to extinguish the flame as she shaped it from deformity to the perfect taper. She was well pleased by her handiwork, and as the candle hardened and grew stronger, she knew a change was happening in that hospital room. When the transformation was done, Mother rested in the rocking chair now covered with dust and soot stained red.

Eliza opened her eyes and smirked leaving no indentation in her now perfect skin.

When the nurse and the doctor finally returned to the hospital room, they discovered that Eliza was nowhere to be found. In desperation, they ran to the nurses’ station nearby.

“Where is the girl in 3C?” asked the nurse in haste. “The frail girl who was badly burned 5 years ago.”

A nurse at the desk replied, “We have not seen such a girl.”

“But we did see a girl of great beauty around 18 or so. When she passed by, there was a musty scent of roses.”

“And…. she was not frail but appeared to be well fed,” joined another nurse. “We asked her where she was going and she said the strangest thing.”

“What did she say?” said the nurse who had cared for Eliza all these years.

“She said she had a sweet tooth and was on her way home to eat strawberries. A trail of soot followed her.”

When Eliza entered the cabin door, her mother embraced her and the cabin was filled with life, love, and death. As mother and daughter celebrated, the big house just beyond the river was eerily quiet.

To Inspire. To Inform. To Free...a reader into a world of wonder, second thoughts, and the imagination. Hello, my name is Samantha and I am an educator by day and penned crusader by night.

More stories from Samantha Moorer and writers in Fiction and other communities.