The scariest thing you can ever think of

What is it to you? 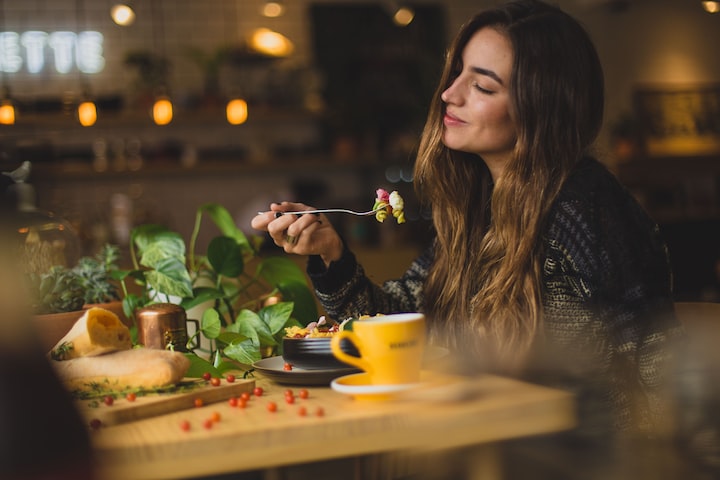 The open mic night of the music filled club was a vivacious and rambunctious sort of event, yet it was something the routine goers anticipated with glee.

It was held in an open aired room with a skylight that opened from time to time, to let the viewers see the stars and have fresh air.

There was a koi pond inside the club, that was vast and full of those colorful fish.

George hated the water. It scared him.

But, he decided to finally go to the damned place—-his friends really wanted him to go.

He decided after about five minutes of being inside the club that he’d need new friends.

He had a strong urge to leave, especially looking at that koi pond. George had read a collection of short stories by Neil Gaiman once; he was an avid fan of Coraline as a young boy and he remembered the short story called The Goldfish Pool in the other Gaiman collection. He thought of that one goldfish that had the lipstick mark on its back—-

He shuddered as his friends ordered drinks from the bar, and handed him one.

He brought the cold glass to his lips and sighed heavily, tasting the amber liquid in a gulp.

This was a secret club, his friend Tom told him.

George spat out the reply, “Bullshit.”

“Not like this. This one is special,” Luna said much too happily.

Fred jabbed his elbow into George’s side. “George, come on, mate—it’s very popular with the chicks. Besides, what’s the scariest thing you can think of?”

“Come on! Tell us!” His other friend James said.

“Well, would the most horrible thing in the world coincide with the scariest thing ever?” George replied.

“No. Well, maybe. Who knows? Everyone is different,” Kay answered.

Now, here he was drinking his second glass of beer, trying not to shake.

“Hello! Welcome to open mic night!” A tall man said on the stage. George did not see the man walk on to stage, but now he noticed the lights dimming and the light shining on the man, and he bit his lip.

“I should not have come here,” he said quietly to himself.

He knew how society was now. He knew this was the government’s way of reducing crime. But—-

“First one on stage is—-Amelia! A volunteer!”

A skinny woman with brown hair walked up to the stage.

“What’s the scariest thing you can think of?”

“Eating myself to death,” She finally said after much silence.

“Oh! Very original!” He nods and suddenly a couple of people bring up a table and chair, and set it up like a restaurant.

George watched in horror as the girl was brought a huge plate of steaming hot food. It was piled so high, it looked grotesque.

“I didn’t know they had food here!” George heard someone from the audience say.

He sat, too terrified to move, as the girl slowly started to eat. Plate after plate, she started crying silently from how badly her stomach was protruding.

These people were either convicted criminals or volunteers—-George knew this, but, still—-this cemented to himself just how badly he liked to live as a recluse and never went out.

It took almost a full hour, and he saw in vivid detail the scene that played out: her eyes widening, almost popping out of her head. She dropped her fork, and her arms slammed against the table.

Then, she fell with a loud thump on the floor.

“Well, at least our neighborhood has been quieter—-ever since they installed this process, our city has been down to almost a zero percent crime rate,” George heard a man say to his wife.

“Absolutely, dear. This is necessary,” She replied stoutly.

A couple others came up, the announcer asked them their name and also mentioned if they were a criminal or volunteer, and then with a numb and frozen terror, George watched the rest of their stories end in increasingly brutal ways.

One through being eaten alive by a carnivorous animal. They put up a invisible barrier for that one, to keep the audience safe.

The other, by being “kidnapped” and tortured alive.

George tried to speak up at this one, one of his friends covering his mouth as he tried to yell, “Stop this!”.

Another said the scariest thing was to die all alone and with no one to care for them. They brought up every member of his family. Each one spit on him and said they never loved him. Then, to top it all off, the proverbial cherry on top of the bloody sundae—-his mother shot him in the head.

By the end, George was feeling so sick to his stomach, he had to excuse himself to the restroom, where he expelled the entire day’s meals.

The worst part is, the reason it’s like this is because they all voted for it.

They voted(George didn’t vote, a fact that had haunted him ever since)for a person that from day one planned to establish such a dystopic, disturbing regime that dominated the masses under strict laws and regulations—-with the most horrible and inhumane punishments exacted.

“Isn’t this fantastic?” James asked him as George came back.

George nodded, his face pallid and his stance weak and shook up.

“I think I gotta go,” George said as he gathered belongings.

He sat down, but he sighed loudly as he did.

“Next up is our surprise party! George Frankel, come on up!” The man on stage said. “George was volunteered by his friends!”

George looked confused at first, then saw his friends looking at him.

The whole audience was looking at him.

“And because his closest friend James told us his biggest fear, we don’t need to ask. It’s water.”

George got up and was about to run, but saw some men from the club coming for him.

“Why? Why?!” He asked his friends. Then, as he was restrained, about to go into the koi pond with a limited amount of oxygen, being handcuffed and his legs tied—-he asked it to the audience instead.

“WHY!” He screamed it as an accusation instead of a question.

“This doesn’t keep you safe! It doesn’t!” He was being placed into the pond feet first. “You all have blood on your hands! You’re all murderers!”

He heard a bit of an uproar in the audience.

But, he still was being put into the water.

The last thing he saw was a fish swimming by his blurred vision.

He could’ve sworn that the koi fish had a red lipstick mark on it’s back.

Read next: The Ocean Between The Sky:002