by C.M. Silas 7 months ago in Short Story
Report Story 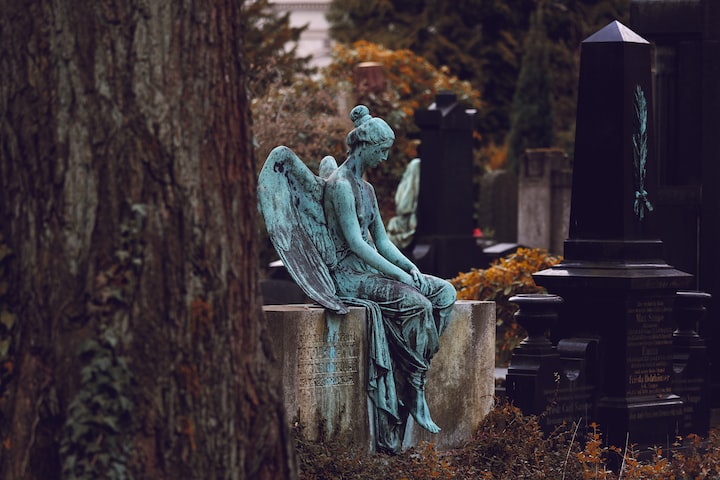 Photo by Veit Hammer on Unsplash

"Be wary of what is buried below, for truth has a way of making itself known."

"They went over with herbs and with lullabies on their lips. They went to help. That was all. It wasn't supposed to happen this way."

"And we looked on from a great distance, in horror, as the last member of our society, and the first member to be charged, was burned at the stake."

I dug up the letters. They were grasped in my shaking, muddy hands, on the cusp of my seventeenth birthday. I stood in the center of The Burying Point, next to the large hanging tree that cast out it's branches over several headstones, illuminating them with moonlight and painting jagged, sprawling shadows across the ground. I had drawn the short straw. At the pressuring from my fellow classmates, I unearthed the letters rumored to be buried, directly under the shadow where the singing woman stood at the cliff's edge, or so it appeared when the moonlight hit the branches just right. I'm not sure if my hands trembled more from my crime or from what I was holding. No one really knew who started the rumor or what the letters supposedly contained, but from my brief glimpses at the thick, old parchment paper and the few lines I could make out it appeared to be letters written by - well, 'them'. I shivered as goosebumps formed, brought on by fear as much as the bitter cold. Frost crunched softly beneath my feet as I made a beeline toward my gaping comrades and tried to grin through chattering teeth. I stopped dead in my tracks when I saw her. She was hunched over what appeared to be an oak shillelagh, her black robe cinched with a matching belt. I figured she was one of the stragglers still tidying up after her part in the Haunts & Howls walk-through attraction that had been set up the weekend before. It sent a shiver down my back when her milky eyes met mine momentarily, appearing to stare through me rather than at me. Instinctively, my hand went up to my face, ensuring the plague doctor's mask was still covering it. As we scampered from the scene, no one seemed aware that we had been spotted. A high-pitched shriek rang out from one of the girls, though I couldn't quite tell who, when the clock tower began to chime, indicating it was now midnight. It would be five drinks and four hours later when I would wake in my own bed, head pounding and heart hammering, unsure what woke me with such a shock. I couldn't remember lighting the fire in my room of the inn, but it blazed and crackled, sending a flickering glow across the walls. It was only my second month living in room 213 - the old chamber maid's quarters - of the historic inn that my aunt and uncle purchased a few years back. When I moved to Salem in August to live with them following my father's death, I had no idea what was in store for me. I was about to find out.

More stories from C.M. Silas and writers in Fiction and other communities.