by Scott Ninneman 6 months ago in Short Story
Report Story

A modern-day parable about what you choose to focus on. 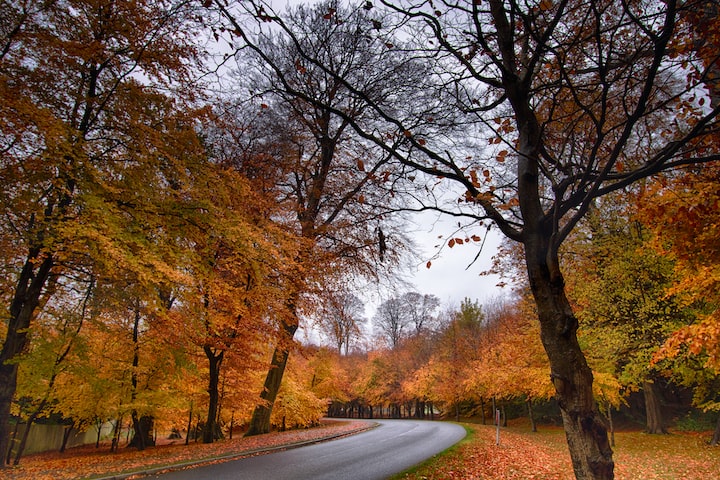 The orange and red leaves of the sugar maples outside the home glowed in the golden sunlight. Inside, Opal arranged fresh-baked cookies, marbled cheese, and oval crackers on crystal platters. She hummed along to a song in her memory as she reflected on bittersweet memories of her 40-year history as a real estate broker. This would be her last open house.

Heather bit the nail on her middle finger as she surveyed the house. Three days ago, she passed her real estate exam. She was now a fully licensed real estate agent, like her grandmother, Opal. Her anxiety told her she would never be as successful.

In the family room, Heather staged the knick-knacks and furniture to improve the flow of the room. With much love, Opal gave her wisdom to her granddaughter. Heather prayed she would make her grandmother proud.

Opal arrayed a few candles around the house. The home filled with the scent of pumpkin, cinnamon, and apple pie, making the house feel like home.

Soon, the first couple arrived. Full of smiles, Mr. and Mrs. Smith bubbled forth with a joyful story of how they were considering moving to the area. Their twin boys would start school the next year. The Smiths wanted their boys to have the experience of growing up in a safe and peaceful neighborhood.

As Mr. and Mrs. Smith meandered through the home, Mr. Smith was quick to point out areas where he could insert bookcases, add a door, or build a playhouse for the boys.

Mrs. Smith was equally enthusiastic. In giddy anticipation, she talked about painting the kitchen walls robin’s egg blue, where she would place their L-shaped couch, and how she wanted the living room to be TV-free.

After they had walked the entire house several times, Mr. and Mrs. Smith joined Opal and Heather in the kitchen. They shared some hot apple cider and pumpkin spice cookies.

“This is only our first stop of the day,” Mrs. Smith told them. “Our boys are old enough to play in the yard, so we want to get out of the city. This is one town we’re considering for our new home.”

“Tell me,” Mr. Smith joined in, “what is the neighborhood like? How are the schools?”

Heather’s nerves got the best of her, and the words stuck in her throat. She breathed a sigh of relief when Opal stepped in.

“Tell me about your current neighborhood and the schools near you,” Opal inquired.

“It’s a lovely neighborhood,” Mrs. Smith told them. “We have kind neighbors who are always there when a need arises.”

“The school has excellent teachers,” Mr. Smith joined in.

As they talked on about the things they liked about the area they were moving away from, Opal smiled with a glint in her eye.

“We love where we’re living,” Mrs. Smith said. “We’ll miss our neighbors, but we want our boys to grow up in a place where they have a yard to play in and can ride their bikes on the street. In our apartment in the city, they would never have that opportunity. We want to make sure that anywhere we move will give them a healthy environment.”

“Oh, my dears,” Opal smiled, patting Mrs. Smith on the hand. “I’m sure you will find the same sort of people and schools here.”

Mr. and Mrs. Smith left a few minutes later. They were sure this house would be the one they wanted, but they didn’t want to leave the other realtors waiting.

Moments later, Mr. and Mrs. Jones arrived. Mr. Jones was quick to point out every flaw he found. He complained the windows were too low and the wall outlets too high. He groaned aloud when one stair step creaked beneath him.

Mrs. Jones was dancing to the same downbeat. In harsh terms, she disparaged the colors of the wallpaper in the family room. Repeatedly, she commented about how she hated all the flooring. They would need to replace it all.

Their lightning tour ended after one pass through the house.

Then, Mr. and Mrs. Jones joined Opal and Heather in the kitchen. They smiled as they accepted cups of hot apple cider, but their demeanor quickly cooled their drinks.

As the four sat around the cinnamon goodness, Mrs. Jones expelled a monologue about how much she despised pumpkin. She thought it ludicrous when people obsessed over all pumpkin-flavored things every fall.

Mr. Jones remained silent as he nodded along with his wife’s discourse. When she excused herself to use the restroom, he used the break to ask a few questions.

“I’d like to know,” Mr. Jones started, “about the people in this neighborhood. What kind of people are they? And how are the schools?”

Heather’s nerves were still biting at her, but she took a deep breath, ready to repeat the positive things her grandmother had told the Smiths. Just as she opened her mouth, Opal spoke. Heather decided to wait and watch Opal work her magic once more.

“Well, let’s see,” Opal began, pausing to sip her cider. “How would you describe the neighborhood where you live now?”

“We can’t wait to get out of there,” Mr. Jones told her. “Our neighbors are rude and constantly making noise.”

He complained about the dogs who ran wild in their neighborhood, and the children who thought it was okay to gather in front of their house.

“There’s not one thing we’ll miss about that neighborhood,” he told her.

Mrs. Jones returned to the kitchen and added her two-cents. She was unimpressed with the other mothers in the neighborhood. They had formed a clique to snub her. She said the neighborhood children ignored her kids, and everyone made them feel unwelcome.

Mrs. Jones continued, sharing the sordid secrets of the women in her book club. She explained how the men her husband worked with were all undesirable.

When she finished her diatribe, she turned to Opal for her input on this neighborhood.

Opal frowned and said, “I’m afraid you’ll find it is much the same here.” Heather nearly fell from her chair.

Opal said nothing else as the disappointed couple headed toward the door, pointing to a divot in the baseboard on their way out.

Peering out the picture window in the living room, Opal and Heather watched as Mr. and Mrs. Jones drove away, never to return.

“What do you mean, dear?” Opal asked her.

“When Mr. and Mrs. Smith were here, you were so positive about the neighborhood and the schools. What you said made them more interested in the home. Yet, with Mr. and Mrs. Jones, you were so negative. Why wouldn’t you treat them both the same?”

“I treated them exactly the same,” Opal smiled at her.

“Oh, my dear child,” Opal reached out and held Heather’s arm. “I did not tell them any of those things. Instead, I told them both that they would find here exactly what they were leaving behind.”

“Heather, my sweet child,” she continued, “Mr. and Mrs. Smith found the good in the neighborhood they’re leaving. They saw all the possibilities in this house. They will find the same here. Mr. and Mrs. Jones focused on the negative. They don’t like their current neighborhood and only saw problems in this house. There’s no doubt they would feel the same here. People always find what they’re looking for. I simply told each couple that their focus wouldn’t change if they moved here.”

Sign up for my free 30 Days of Positivity email course to help you survive your dark days.

This story first appeared on Medium.

More stories from Scott Ninneman and writers in Fiction and other communities.