by Alissa about a year ago in Fable
Report Story

a magical story about unexpected blessings 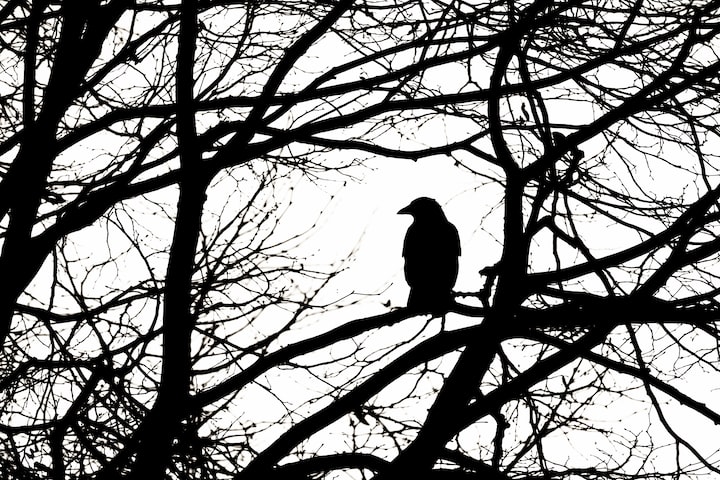 Photo by Mark Timberlake on Unsplash

The wind rustled the few surviving leaves of an old pear tree. It was the beginning of spring and everything was slowly waking up after a long, cold winter. The tree cracked his bark and stretched his branches to the ground.

“Another lonely spring,” he swayed to himself.

He was all alone in the middle of a never ending field surrounded by grass. For as long as he could remember, it had always been grass. Simple, slim, green grass. The grass never told him much. Just what was coming his way weather wise or what critters were romping through the blades that day.

He often wished the wind would blow harder or the birds would venture out and rest on his branches in hopes of dropping off a companion, but alas, his wishes seemed to go unheard by mother nature and her critters.

He contemplated his lonely existence and dug his roots deeper into the ground out of frustration.

“What is the point of my existence if I am to be alone all my life!” he demanded to no-one in particular.

The surrounding grass grew quiet and stiff from the unexpected outburst, but only for a moment. They felt the tree’s frustration and wished they could help. Suddenly, the grass waved with news of an incoming storm.

“The first storm of spring!” the grass rustled to the tree.

“Ah.. and a good rain, I hope, something to inspire my branches to bud.”

Clouds formed in protest, blotting out the sun and the tree relaxed as the first drops soaked into his bark. The land was cast in shadow and the sky rumbled. The wind blew and blustered in a confusing pattern, as if it couldn’t decide where it wanted to go.

“How odd?” thought the tree. “Usually it’s a light rain to start spring off, but this appears to be rather severe.”

Rain trickled down from above. Swiftly, a rather small and out of breath crow landed on one of the tree’s inner branches.

“Oh my! I didn’t see her coming,” thought the tree.

The crow puffed up her breast and flicked her wings tightly together behind her back.

“I rarely get visitors. What brings you to my branch, little crow?” cracked the tree.

“My heart told me so,” she chirped. “As soon as spring arrives, I fly off in search of a new home for the year.”

Flick. Flick. She snapped her wings matter-of-factly as she hopped to a distinct branch.

“Usually I fly much further, but this unusual storm has forced me to take cover. Thankfully, I found you in the middle of this enormous field. Otherwise, I would have had to take my chances in the grass and it’s far too tight and spooky in there for me.”

She rocked from one foot to the other.

“Her touch feels so refreshing,” thought the tree.

Thunder boomed low across the land and the rain picked up.

“Looks like I need to hurry and make a shelter before the downpour,” puffed the crow.

The tree watched her with anticipation as she fluttered down to the ground and swiftly danced around, picking up the largest solid leaves she could find and fastened them together. She did this multiple times until she had a solid makeshift roof. Then she flew back up into the tree and draped her leaves over a branch that was directly below another. She found a suitable piece of grass and fastened her masterpiece. The crow was satisfied with her roof and went to weave a nest of grass together in a matter of minutes.

“Wow,” swayed the tree as the crow fluffed and flicked her feathers free of droplets. “You made your own little home unlike any other I have seen before.”

“You learn how to make quick homes when you travel as much as I do,” she chirped as she nestled into her tiny leaf hut. Lightning cracked overhead and the thunder roared as the rain poured from the sky. The crows’ work was exceptional and kept her dry throughout the storm.

The tree was happy for her and her creativity, but the idea of her departure brought him dread. He wanted to convince her to stay past the storm, but knew this little adventurer wouldn’t be able to. Especially in a place as empty as this.

The next morning, the sun was up early and kissing the land with warmth. The crow hopped out of her nest and stretched her wings, and rubbed her beak along one of the tree branches.

“Thank you for the rest and the shelter,” she chirped. “I really should get going. I’m starving!”

“Come back and visit any time you like. I will hold on to your home for you so next time you won’t have to build one,” cracked the tree.

“How sweet of you, but usually I don’t revisit my old homes. Especially my storm shelters, but who knows, maybe my heart will call me back here.”

And with that, she began her ascent into the sky.

“Goodbye, my friend,” she cawed from above.

The crow circled the tree one last time, then took off in search of food. The tree watched her until she disappeared over the horizon.

“At least you have something to remember her by,” rustled the grass.

The tree clung to his new treasure.

The grass had already gone back to chatting amongst themselves, something about a rabbit running through them.

The tree admired his new decoration.

“I hope her heart brings her back this way,” he thought to himself, “she was so pleasant. Usually the birds that make it to my branches don’t talk to me and leave just as fast as they came.”

As the season went on, the grass grew greener and the tree grew a little stronger and a little taller. His fruit and leaves were filling in rather nicely and in much brighter colors. This spring was one of the nicest they had in a long time. The temperature was perfectly warm, and the showers were gentle and plenty.

It had been weeks since the crow’s visit and the tree still kept her hut intact.

While he adored his trinket, the grass became alive with chatter and laughter.

“Do you even think he will see her?!”

They whispered amongst themselves.

“He has been so attentive to that nest he hasn’t even felt the shifting soil!”

“Not to mention the chemistry change!”

The tree could barely make out what they were cackling about, but he had heard enough. He quickly honed in on the surrounding ground. Tuning into his roots and looking all around him. Suddenly, he picked up on the tiniest of pulses. What was that? Did he really just feel that, or did he imagine it? He questioned himself. But not long after, he felt it again and in the same spot.

“Could it be?” He wondered to himself.

And to his disbelief and utter delight, a tiny green sprout emerged from the soil!

Hey there! My name is Alissa, and I’m a 26 something year young earthling trying to make it on this planet by being a positive source of inspiration for others. My main purpose in life is to create art so here I am making that happen.

More stories from Alissa and writers in Fiction and other communities.