The Night of Many Suitors 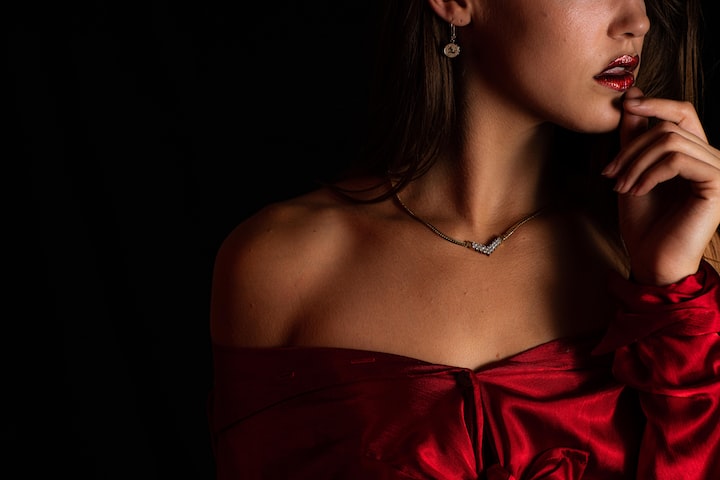 Photo by Devin Berko on Unsplash

It was Christmas Eve. The lights were twinkling and the sky was barely visible above the skyscrapers of New York City. Over the past few months, I'd been going out casually with no less than six men: Bill, Tom, Marty, Andre, Lucas, and, of course, William.

On this particular evening, I was wrapping up presents and putting them underneath the tree, hoping that, someday, my wishes would come true. I wanted a husband. I was thirty-six now, and I was still single, even though I enjoyed playing the field. I have to admit that I had some trouble settling down, considering that I'd been a widow for many years now.

I still missed my dear Author. I thought I saw him, sometimes, on his favorite rocking chair, but it was merely his ghost. I had loved only him for my entire adult life: We were married at the age of 18, but he died in a car accident at the age of twenty-three. He had only been twenty when we married, and those three short years were the best ones of my life. Now, here I was dressing up and flirting with more men than I cared to admit to. They were all quite lovely in their own way.

There was a knock on my door. I opened it.

"C'mon in," I said, smiling and trying not to look too surprised. The man had indeed arrived uninvited.

Our tongues danced in each other's mouths. We took a seat on the couch and we got to talking. We spoke for a very long time.

"You look so beautiful with your brunette hair and hazel eyes. Have I told you I want to have children?"

I sighed. I had honestly been trying to avoid this topic. I didn't want kids. I thought they'd be a hindrance quite honestly.

I simply nodded and then begrudgingly added,"I don't."

"What if we were married?" he proposed.

I shook my head.

He nodded and meandered out of the door, his head hanging. A single tear ran down my face and I feared more would soon follow, so I quickly washed it away.

I got a call and picked up the phone. This time it was Bill, saying he had something special to give me on this particular evening. I hoped it was takeout. I'd tried very hard to make myself a gourmet meal while unwrapping presents I'd bought for myself, but it was useless. I was a horrible cook. To be quite honest, one major draw of New York was that I could order whatever I wanted whenever I wanted, and I was a lawyer, so I had more money than I knew what to do with. My mother had always told me to choose something sensible, which I had, even though in my heart I yearned to be a famous singer. The only trouble was that I was tone deaf and, I had to admit, I had an absolutely horrible voice. My mother had told me so in a blunt manner, the way she often does, but I knew it came from a place of deep love: She didn't want me to embarrass myself, after all.

Bill came in and we had a drink. Sure enough, he'd brought me some amazing Tandoori chicken from the Indian place across the street, but as I dug into the rice, I realized there was a little something shiny in there.

Oh God…It was a ring. I wasn't ready for a fucking ring…

"Okay. Are you alright?"

"Oh no. I thought you'd be pleased. It's quite expensive."

If Bill really knew me, he'd know I didn't care about how expensive the ring was, but the guy was a classic New Yorker, always trying to strike a deal. It's part of what attracted me to him, but it also rubbed me the wrong way more often than not. He treated our relationship like most people treated business transactions: Everything was a fucking negotiation with him! Honestly, I was surprised that he even proposed. The man was known to have commitment phobia, and we'd only been hanging out for a few months.

He wants to control me. That's got to be it.

I entered the room once more and put my hand on his, looking deep into his eyes.

"Bill. I think you ought to return this ring. I am simply not ready yet, but thank you very much for the takeout."

"Are you just going to string me along then?"

"Of course not, Bill. I care about you. I might even love you, but I just can't commit to something I'm not ready for."

He marched out of the room. My heart was shattered into a million pieces, like a fine wine glass that had been thrown on a concrete floor and then intentionally stomped on.

The night continued in this eery manner. Lucas sang to me because he thought I liked that…It isn't quite what I was looking for! I wanted someone genuine for God's sake! I had to turn him down too. This night was becoming absolutely exhausting, not to mention extremely painful.

Finally, Marty arrived and he stayed for a long time. He always made me laugh. He was a wealthy actor who'd made it big and he had told me he had a bit of a thing for older women. His words were always kindhearted: They never cut like a knife, and were mainly about him being a ginger who weighed a bit more than average. He always paid the bill and he laughed at all of my jokes, even though I don't consider myself that funny. We went to my bedroom and made love. He was always so attentive. William arrived out of the blue, knocking on my door.

That was just like him. It was all about what he wanted. He never thought that I might be unavailable and I might not be at his beck and call every second of every hour of every god damn day. The bastard…but he was so handsome. That's honestly the only reason I'd stayed. His charms were captivating, but his personality was frustrating. He'd used me for sex and been overly blatant about that. I'd even heard him telling his buddies that he conquered me! I honestly wished I could just let him go and move on. That would be so much better for my mental health!

The moment before William had knocked on my door, Marty had sprung the question on me, presenting me with a beautiful yet subtle diamond ring. He had explained to me in great detail that it was ethically made because he knew I cared about that sort of thing, and he'd told me that he wanted to travel the world. He wanted to be my husband but he preferred to have me all to himself. I thought this must be a daydream and was beaming at him in shock and awe.

"Thank you, Marty. This is so beautiful. I'll be right back okay?"

The man was always cool and collected. He was so patient and understanding.

I opened the door to yet another man kneeling, but this time I didn't invite him in.

"I'm not ever going to marry you after the way you've treated me, you bastard!" I shouted and slammed the door in his face.

Then, I strolled back inside and accepted Marty's proposal. I was happy to be marrying the one man who I knew truly loved me. He was everything I'd ever wanted and I loved his heart. I knew it in my soul. My dreams had finally come true.

Reedsy Prompt: "Write about someone who gets proposed to five times on Christmas Eve."