The Monster Inside the Maze

Escaping the Confines of Self-Imprisonment 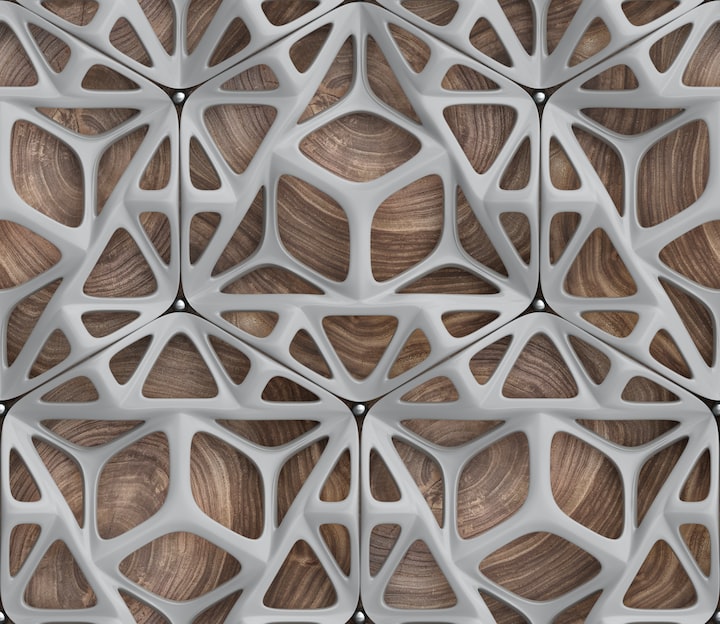 Photo by Denis Kirichkov on Unsplash

All I want is a simple life; a simple life that I thought I was finally achieving. Two years ago, I moved to the Missouri cornfields. I was fortunate enough with my earnings to buy such a property, and the farm equipment to go along with it. I had learned a few skills in Scouts, and I had been brought up rurally in my youth. I once detested such a backward lifestyle. I abhorred the quiet, technologically inferior living. On the contrary, I desired nothing more than affluence, superior advancements, and achievement. I thirsted to make an impact, and be noticed for doing so. Achieving those goals, however, must have been draining my life force.

I can’t say I recall what or why I decided to leave; only that I did. For now, I attribute my memory loss to being stuck on a highly limited diet of primarily raw corn diet for the past 180 days. I had my life in order. Everything was going well. I woke up, fed the cows and chickens, gathered eggs, read my newspaper, and sustained the fields and farmland. Cooking, cleaning, and caretaking were my tasks. I considered it a respite and haven from the lifestyle I’ve now all but forgotten. I was happy, until by means of a mysterious delivery I was forcefully imprisoned.

I heard a familiar light whirring noise above my front porch. It stood out against the noises of the farmyard, and the birds chirping. Natural noises always have a different sound. I pulled on my boots just in time to notice a drone flying away. I wondered who could have found me here. I had written a letter to friends and family telling them that I would visit once I had a sufficient respite. I had never given them my new address. I’m sure with Google that it would not be difficult to find, but much of my family wouldn’t have bothered.

My eyes widened at the package that sat on the porch in front of me. I felt dread to the very depths of my stomach. It was just a box, wasn’t it? Why then, was I having a horrific reaction? Adrenaline pumped through my veins, and I panicked at a thought of, “Oh no, they’ve found me.” I took a step back as I attempted to calm myself, “Who is they? What am I afraid of? What does part of me know that the rest does not?” I was always a coward deep down. I longed for nothing more than to run from my fears instead of facing them head-on.

I stiffened my backbone, and forced my body to reach down to grasp the corners of the package. My body was fighting me. I felt, for a moment, that my body was not my own. It would not follow my mental commands, and behaved in a rather animalistic type fashion. Angry at my lack of control, I tore open the box. In the heat of the moment, I realized no labels had been placed on such a package. I admonished myself for not checking the noises within the package, for not noticing the labels beforehand, but it was too late. I was caught.

All around me small bots of cylindrical shape and spider legs formed around me; burying me, crawling around me. They formed metallic walls, and smelled deeply of burning electrical cords. My natural farmland retreat had been found, and encapsulated in the very things I now found revolting. I panicked, screamed, and tried to escape, but to no avail. Cowering in the fetal position and covering my face, I longed to catch my breath. I waited until I could hear no more clattering of assembly before finally removing my hands from my face. How long had it taken me to recover? The sky above me looked dark, but hadn’t it been morning just a short while ago?

Stretching out before me was the very farmland and the boundaries I purchased and owned except my farmhouse was not in view. I wondered briefly if aliens were testing out their technologies or planning to experiment on me as a test subject, but that thought was thrown out quickly. I knew something about this. It was familiar. The longer I looked around the more I realized that I was in a maze.

Like the Minotaur from legend, which I hoped was not within these walls, I too was trapped. Why was my farmland seemingly untouched? I wondered how my animals would be fed. Were they too within this fortress? Could I still perform my farming duties? Soon, I would realize that it was more important that I survive, and figure out a way out of this mess. I took my finger along the chrome colored metallic walls that surrounded me, and made an “X.”

I found a hay bale to rest on for the night, and hoped nothing would happen to me during the night. I slept horridly. Nightmares of the spider creatures coming alive, tearing me apart with lasers, and dissecting my insides made me wake sooner than I wanted. In the distance, the coyotes howled. All distant things outside of this barricade seemed normal, but the nightmares inside seemed real. I couldn’t shake them. The chicken coop was on the boundary's wayward side, though the silver spider bugs shifted and often blocked my path. I heard the chickens pecking at the bugs, and hoped the little raptor-like terrors didn’t manage to put any pieces into their stomachs.

I watched with horror one day, as a metallic spider bug was swallowed by one hen. The bug’s spindled legs crawled up out of the chicken’s neck, and out of its mouth. The sight was far more gruesome and grotesque than described. The chicken didn’t make it. Though I would make do with the raw chicken eggs in exchange for finding corn and maneuvering a path to trade with the chickens, I couldn’t stomach the idea of eating the raw bird. I didn’t have to, however. The metallic bugs consumed the creature in frenzy, and then seemed to recharge.

I hoped the same didn’t happen to me.

I knew better than to wear myself too thin, but I felt as though I had aged twenty years by the time Day 30 occurred. I marked my 30th “X” on the wall. Surprisingly, my marks had remained as if I was still part of some sick experiment. I had still not ventured the entire maze perimeter. I had gotten complacent, and for several more months complacency is where I remained. Complacency is safe, isn't it?

By the time winter arrived, however, I knew I could no longer remain complacent. The hens were now gone, and I was occupying the henhouse. How I managed to fit inside, I didn’t want to acknowledge. There was enough straw to survive for a short while. I needed heat. I needed fire for warmth, lest the mini metallic beasts consume me too.

I was frail. I was tired. I was wishing death to come upon me, but still a flicker of fight remained at my very core. I screamed, and called out. My mind pierced, and I began to hallucinate. Maybe it was desperation. Perhaps it was my life’s end, but I envisioned a skillet atop a fire; a silver skillet, burning on a silver fire. I stretched my hands outward, and felt heat. I cackled loudly. I envisioned a wall swinging into place. I envisioned a knob on a door. I saw that I now had a gate worthy of a castle, and envisioned towers and turrets. I was now inside a castle instead of a prison.

I was having a great time hallucinating before I died, or so I thought. Now, for shits and giggles, I envisioned the walls of my barricade coming down. At Day 180, the date of my supposed, imminent death during the dead of winter, the wall came down. I saw a glimpse of my farmhouse. Maybe this move was my paradise because that was apparently where I was going. On the porch lay a seemingly untouched box; the same box the barricade spider creatures arrived in. How was it still intact? Everywhere around me was surrounded by ice and snow, but it lay there pristine.

I picked up the box fearlessly. How could it harm me further? I cut my finger on the inside flap of the box as I opened it. Blood oozed around the box, and formed letters. The spider creatures returned to the box to consume blood for their dinner. On the box, they spelled out letters.

I dropped the box, but the creatures didn’t come after me. I had worked there researching new energy technology. I had been a prodigy with promise and resolve. My hands and body were now shaking, but it wasn’t from the cold. Inside the mysterious box was a letter. Who wrote it?

“We finally did it. My build is a success. Now, the world will have order and those who do not abide by it will be consumed.”

It was something out of a horror film, as I thought of the chicken and shuddered. I peered down at the letter’s signature.

The signature was my own.

I turned the sheet over in desperation. “The mind is all that matters.”

In my agony, I screamed. As I looked at the outstretched maze below my farmhouse, I saw that it too was structured into words.

“Have you forgotten who you are? Did you forget the monster that you’ve created? Now that you have released this technology into the world, you alone have the power to harness and control your monster. Have you mastered it?”