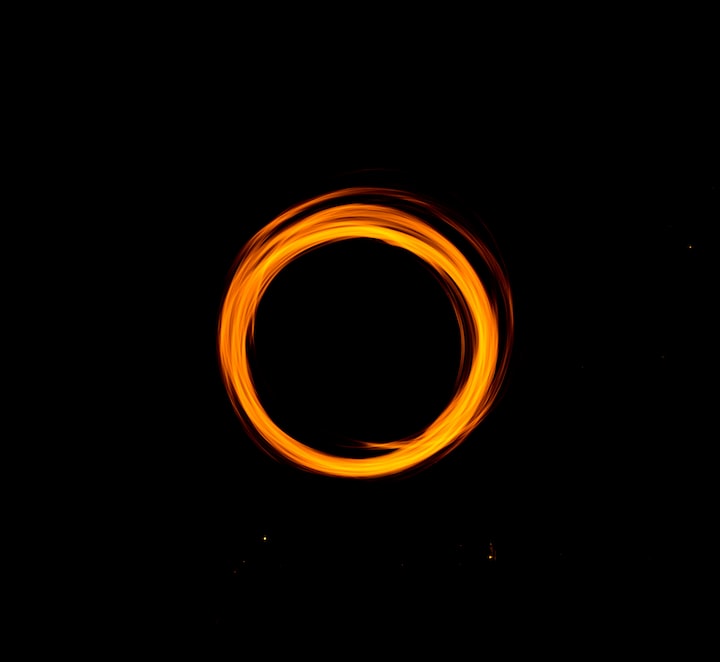 Photo by Jeremy Perkins on Unsplash

The cabin in the woods had been abandoned for years, but one night, a candle burned in the window. The signal. They all came to me at one point or another, and another and another, all stages of grief. It was inevitable I would be called on again. People thought they sought to end their pain, but it was their pain that guided them. It wanted to feed.

The door to my place of business, long dark, was ajar. Pacing inside was a man with enough madness in his eyes to tell he was serious. His name was Daniel. No, David. Don? It started with a D. David. Pleasantries aside, he got right to the business at hand. For me, that’s what it was. A business. To all those who came to me, it was so much more. Perhaps at some point, long ago, it meant something more to me. I had no idea of how long I did this—time lost all shape and colour—but I couldn’t remember the faces of the loved ones I lost.

“They told me to signal you at the cabin, and come here. Not all of them. Lots told me to stay away, no matter what. Why? How do you do it?”

“What are you looking for here?” I said. The best parry to a question you want left unanswered was with a question of your own. “Closure? Connection?”

David’s eyes searched for the answer, his mouth opening and closing in vain to form the words. Empty air. “What do I need to do?” he finally said.

“It’s simple and painless,” I promised, a half truth. “You’ll just need to bring up a memory of the loved one you’ve lost.”

“Memories are all I have,” David said. “They aren’t enough.”

They all said the same thing: Memories are not enough, or at least a variation on the theme. They came to me for the promise of more. I didn’t make that promise, let me be clear. I simply provided a service, and they filled in the rest. That’s what grief did. It filled whatever container it was in.

“Please,” I said, motioning with a sweeping hand. “Have a seat.”

He was nervous. Some were. Those who had been around long enough—who had abandoned denial, guilt, and bargaining—were calm and deliberate. The dangerous ones were those in the darker stages of grief, vibrating with desperation. David was one of those.

“What is this thing?” David said. “A conjurer? Like a séance?”

I began the process. They threw words like conjure around when they came in. They used other words as they left. If they did. Cruel. Ghoulish. Monstrous. It wasn’t a conjurer, at least not by any technical name or designation. I simply called it The Means. David’s eyes widened, the feral thing his grief had become writhing as The Means came to life. It looked like…well, I’m not sure what David saw. It looked different to each of them. A tunnel, the concourse at Wrigley Field, a black hole. A man called it a ’62 Studebaker Hawk, once. He lost his virginity in the back seat of one just like it. To me, it looked like a giant version of a teddy bear that spent its years on my daughter’s bed. I couldn’t remember her face or the sound of her voice, but I remembered that stupid bear, now towering over us, a rumbling in its chest, some long forgotten hunger.

“My wife,” David said, pressing himself back into the seat.

“Katherine,” he said, the name like syrup in his mouth.

“Please close your eyes, and think of Katherine. You need to be as precise as possible, so a connection can be made. Think of a vivid memory you have of her. What was she wearing? How did she smell? If there was music playing, what song was it? What was the weather like? Do you have it?”

“Yes,” he said, eyes closed tight, holding the memory from the light. “How does this work?”

Truth was most effect when used sparingly. “Memories are like a compass,” I said. “Please focus.”

The Means thrummed like an engine or purred like an animal, whatever David’s experience was, and I let him slip deeper into the memory with every breath. For me, the bear opened its thick arms wide, all sharp claws and sharper teeth, jaws agape.

“Soon, you will see her,” I said, trying to ignore the bear and its gnashing teeth as it grew more powerful, muscles bulging beneath polyester fur. “Are you ready?”

“Yes,” he said, the grief rising his voice high above the noise. “I can’t wait to hold her.”

“David,” I said, with practiced softness, “It doesn’t work like that. You will see each other, feel each other, in a way, but this cannot be tangible. Do you understand?”

His eyes flew open. “Why not?”

“You are traversing an incomprehensible gulf.”

He shot up, and turned on me. The feral grief animal in him was hungry, eyes as fiery as the bear behind him, bending down towards us to feed. I pushed him, and the Means swallowed him up. Perhaps he imagined a water slide from his youth, and was being swept away on one last wild ride. I saw the bear consume him in an instant, and vanish. Only the portal, floating liquid like a pool on a string, remained.

“You can stay as long as you like,” I said to the empty room. “You have all the time in the world.”

Some stayed a long time, although the only way for me to measure time was in relation to others who returned quickly, scrambling for the way out, tearing at their hair or their ears. Some are still there. I didn’t usually watch, but I had an unshakable morbid curiosity about David. He reminded me of long ago. When I felt something. Anything.

There she was. Katherine. The wife, the love, the remembrance of what was. She was standing in a hallway decorated with framed photographs of her and David perfectly arranged on a wall to look like they were hung haphazardly. Organized chaos. Garden variety photographs of people in love. Smiling faces, arms over shoulders, loving stares into each other’s eyes. Till death do us part.

She sensed David before she saw him. The warmth overtook her, tugging at the edges of her mouth to form a smile, a hand coming to rest over her heart, trying to give the feeling a home there. Her eyes closed, because she knew David wasn’t there. He couldn’t be.

“Katherine,” he said, not fully materialized yet, just wisps of himself, David-shaped steam.

She was at peace.

“Katherine, I’m here,” David said. He was there, as best as he could be, like a passing reflection in a window.

Her eyes opened. I knew this moment. The person through The Means, flush with joy, drank in the sight of their loved one. An elastic, eternal moment, like reaching the top of the rollercoaster, click click click click, the horizon limitless. The moment before the fall. There was enough time for the David-looking thing to smile before she screamed. It rose up from the depths of her, the heat of it turning her skin red, and boiled out of her mouth.

“Katherine, it’s OK,” David said, his voice a kite in the hurricane of hers. She picked up a snow globe from its perch, a keepsake from some trip they took together, and threw it at him. He put up an arm to protect himself, but the snow globe sailed right through him and smashed against the far wall, the reminiscence leaking out onto the carpet. Terror propelled Katherine back, and she turned and fled, a steady stream of disbelief escaping her. “NoNoNoNoNoNoNo!”

David followed, hot on her heels, hands reaching to hold her. Not a wise choice, but an understandable one. She cascaded down the stairs and the front door slammed behind her. A strange noise welled up in David, a squeak of a mouse that became a lion. He threw back his head and roared, and in the reflection of the photos on the wall, he was a monstrous thing. A creature with muscle and sinew of pain. It was a mercy for Katherine she escaped outside. Seeing this thing with David’s eyes would have sent her into the pit of madness. Bellowing, he threw himself back through The Means with enough force to knock me down as he returned. I scrambled away on my back from the hideous thing he had become, but he was on top of me.

He hugged me. Actually wrapped his arms tight around me, all the good it did him. He understood then, as they all did at one point or another, and another and another. Back there, they built monuments, held ceremonies and etched epitaphs to remember us. All we had here in the afterlife were memories. I felt sorry for David, if only for the briefest moment, because he was right. Memories were not enough.

More stories from Ryan Smith and writers in Fiction and other communities.