Love through the pain. 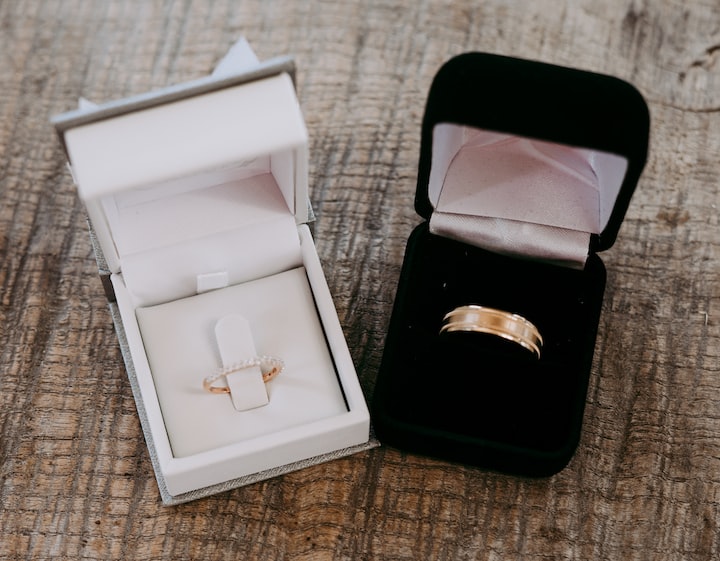 Photo by Lauren Richmond on Unsplash

As Emily’s fingers brushed against the little box in her pocket, she paused, letting memories flutter back briefly, before continuing to search for her money. With a quick "thank you," she handed the cashier a five-dollar bill and walked out the door. In the 10-minutes it took her to buy some envelopes, grey clouds had stretched across the sky.

Ignoring the imminent, Emily began her 20-minute walk home. Within seconds the clouds released their tension, unleashing what felt like a monsoon. “I hate rain,” she sighed. Shoving her hands in her pockets she trudged on, before once again running her fingers over the velvet blue box. She smiled and thought back to two weeks before; The transmission in her husband Mike's car had died only five blocks from the house. Emily was freezing and the tow truck wouldn’t arrive for another hour. Mike had suggested the idea of just walking home since it was so close, but tired and hungry, she moped and refused to move.

He turned and gaped at her, looking so deep into her eyes she could almost feel the piercing blue ocean staring back at her, “Are you…okay?” She asked. Without a word Mike jumped out of the driver’s seat and looked at her through the windshield. “What are you doing?” She yelled.

Just as Emily was about to yell at him to get back in the car, fearing she would have to tend to his cold for the next week, Mike began to dance. Like a child he splashed in the puddles, waved his arms in the air, and sang Everybody by the Backstreet Boys at the top of his lungs. Emily did what any other sensible woman would do; she got out of the car and joined him. They danced in the pouring rain for 10 minutes, belting out songs from their childhood, before agreeing to race home.

Soaking wet and out of breath, she stood on the doorstep waiting for him, fully aware that he let her win. He pulled her in, kissing her deeply while fumbling to get the key in the door. They quickly wrapped themselves in a blanket with warm clothes on and snuggled up in front of the TV.

Looking back at this memory, the rain today no longer seemed like a burden. Emily picked her head up, took her hands out of her pockets, and ran. She ran the full 12 blocks it took to get to her house, smiling the whole way. She got to her driveway and started running faster; she jumped up the stairs, put her key in the door, and rushed in throwing her body on the floor. Laughing at herself as she looked around her home, her smile fading as the emptiness of the halls echoed around her.

One 40-minute shower later, she was in her closet debating the clothes that hung before her. She slipped into her most modest black dress, grabbed some flats, and quickly dried her hair. She ambled down the stairs and waited patiently, until she heard the sound of a car rolling into her driveway, the tires splashing in the water while muddy gravel crunched below them. She grabbed an umbrella and carefully navigated the puddles outside before jumping in the passenger seat of her mother-in-law’s car. The whole time clutching the little box in her hand. With a quick nod and a weak smile, they were off.

They drove to a small but beautiful funeral home, greeting everyone as they made their way through. They took a seat and listened to the pastor as he read the prayers laid out by the family. At the end of the ceremony, the pastor looked up and said, “If anyone would like to say a few words, please join me now.” Emily watched as one by one people walked up and shared small memories before saying goodbye, shaking her hand as they made their way out of the room.

As the space emptied out she slowly rose from her seat and made the seemingly endless walk toward the casket. She lifted the top, tears silently rolling down her cheeks as she laid her eyes on the only man she ever truly loved. Her throat felt like it was closing as she reached out to touch the spot on Mike’s chest where the thief had shot him. When the police brought the man into custody, they discovered Mike had refused to hand over a diamond bracelet he had just purchased for Emily. She was actually thankful the man had pawned it, she would have never been able to wear it, resenting that it is the reason for her husband’s death.

Pulling one arm back she raised the other, opening her hand to display the little box. For the first time in five days, she gazed upon his wedding band. He had surprised her years ago by engraving “forever” along the inside of her band, always saying that eventually, he would engrave his as well. When the police handed over his belongings she knew this would be the last chance she would get. She ran the tip of her finger across the new engraving while she whispered “and always,” letting tears fall onto the satin lining of the casket as she placed the ring on his finger. She turned around and walked back to her seat, not sure if she was really ready to say goodbye. Time moved slowly as they carried the casket from the parlor to the hearse, and ultimately the cemetery. As she watched the dirt begin to pile on, she couldn’t help but smile through the tears, twirling her ring around her finger.

Writing articles about mental health, education, astrology, and overall life. Writing fiction stories about whatever comes to mind! When I'm not writing you can find me crying about all the animals I can't adopt.

More stories from Victoria Rivera and writers in Fiction and other communities.