The Island of New Green:

by Danielle Urciullo 2 months ago in Love
Report Story 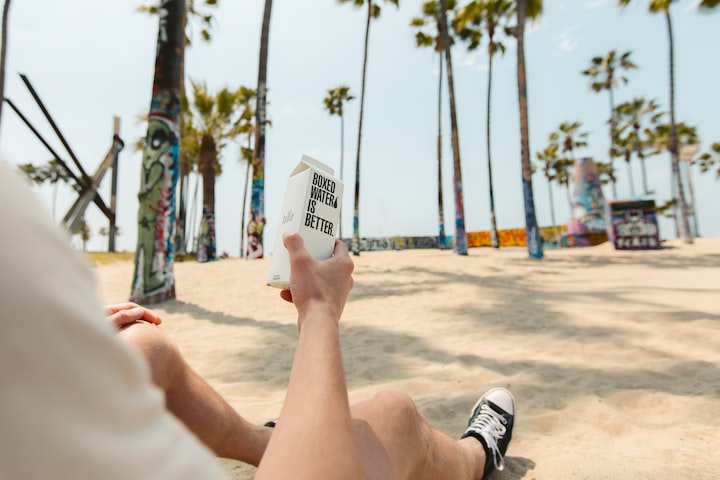 Photo by Boxed Water Is Better on Unsplash

The Island of New Green has a scarlet secret: when the black shark migration arrives to its shores and the seasonal summer tourists flock to its beaches, the Summer Mothers return, too. Carried by the tide into the arms of their wives, husbands, mothers, lovers, sisters, and brothers. The summer Mothers spend a few short weeks on land before the curse that afflicts them drives them into the sea once more. Afterall, they are cursed sea sirens. Sea sirens translates to women who reside in “McMansion” suburbia during the winter and beach cottage life during the summer. They are not overly tan, but some of their daughters are.

Thirty-seven-year-old newcomer Charlotte Arrow knows all about curses. Haunted by the disappearance of her older sister, Cayenne, Charlotte, and her mother have come to the island to the island one summer more. Charlotte had to return to her hometown from the city regretfully this last year. She is beyond grateful to have a beach cottage summer life this year, same as last. Her and her mother often spend their days on the beach and their evenings in the bars, waiting on men who never seem to be able to hyphenate their last names. They run reference checks in their minds while hoping for Cayenne’s return.

Mrs. Arrow assumes Cayenne has married wealthy and eloped in a third world country, living her best life. Charlotte worries far too much, biting her nails, and working as a social worker for the state of Connecticut. Charlotte fears the worst for her sister, lotting her to tending to her mother, employment, and dating. What if her sister has turned drug addict? What if her sister has married a local beachgoer? She is probably hiding out in the next town over avoiding the permanence of family drama. There are so many what ifs that she distracts herself with New Green newcomers.

When she meets the third C, Chad Trigger and learns the whispers about him are true—he's a Summer Boy—she realizes ending his curse might be the answer to breaking her own, and maybe even returning Cayenne to her. His curse is surely that he’s attractive. She makes it her mission to make him her own this summer. Afterall, if she is finally dating someone new and exciting her sister might start to come around again. Chad is not white, nor is he light skinned, and her mother does not mind. There are New Green whispers, but truthfully everyone is excited to have more diversity floating about. He has a remarkable job and a large piece of property that was likely left to him by his grandmother.

While Charlotte has an ever-growing crush on Chad, she cannot ignore the ever-growing attraction between her and her bestie, Jess. As they spend their summer days together frolicking from beach car to various beautifully shaken houses, they try to scope out the scene and avoid their misunderstood intimacy. Jess shows Charlotte how to not trust the Summer Mothers, or the dark secrets they wish they didn’t have.

During the summer of 2021 Charlotte’s aunt Beth is murdered and the Island quickly places blame on the nearest Summer Boy. This year he happens to be an Asian, München. He is not German. rather he pretends to have knowledge of American wars past, history, and the like. His avoidant behavior in public is palpable, but frivolous Jess assumes he must be an actor. On the island he is accused and arrested for the crime, in his mind at least. He hopes for a rowdy reputation on the white-collar crime end. For some reason, unbeknownst to the rest of the semi-annuals he lives on the island throughout the year. In general, year-round residents of New Green don’t exist since it is a beach town after all. The murder mystery will have to remain through the summer of 2022. We will have to wait and see what the year brings, hopeful for more of last summers love, drama, and lack of heartbreak.

More stories from Danielle Urciullo and writers in Fiction and other communities.