by Alfiya Laxmidhar 2 months ago in Fantasy
Report Story

Challenge attempt but not contested 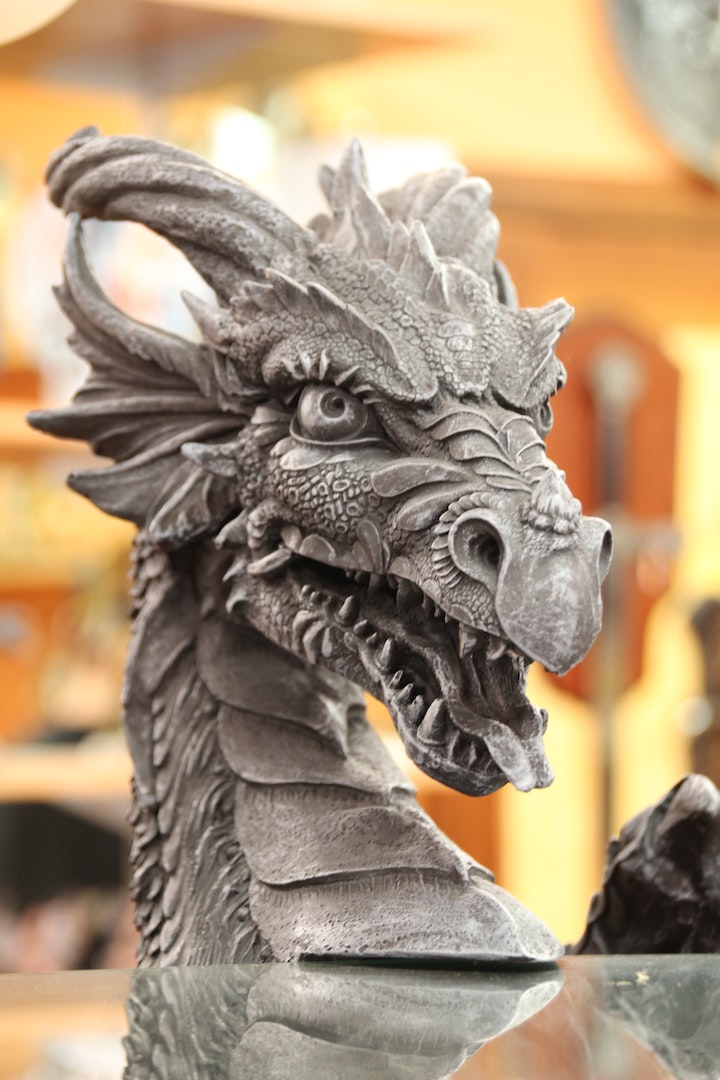 Photo by Ravit Sages on Unsplash

There weren't always dragons in the Valley. Yet, now there were three. A mother dragon named Elesia and her twin boys named Herod and Bulkar. The myth of how they came to be in the Valley goes like this...

A hero from the past named Eletroy brought an egg from a distant land when he had set out on The Hero's Journey, an ancient pilgrimage made by young and daring seekers on their 16th birthday. Eletroy made the decision long ago that his life's purpose was The Hero's Journey and to find out what was in his destiny.

It took a full commitment to undertake this journey, once you start, one can never return back until the ancient knowledge had been sought. Once sought, it was the matter of retrieving the knowledge back to your place of origin, in this case it was a town named Juliviere from where Eletroy was born. In Juliviere, many legends were spoken which described young seekers setting out on this path of honor and never to be seen again. One legend mentions a young man named Hawpurt who set out on the path but never returned back home. Hawpurt's father vowed he would seek out his son when he turned 70 years old if his son had not returned. The father departed his home on his 70th birthday but he never returned back either. His wife died a lonely woman and cursed the journey for all the despair she suffered through; Hawpurt's absence sent in her spiraling downward into a depression. Although she lived with faint hope she would see her son again, as her husband's 70th birthday approached, she completely broke down and could not bear to see her husband set out on the arduous journey to find out what happened to their son. It was a legend that was heartbreaking but portrayed the reality of the ones who sought knowledge. The ones who are successful are deemed as heroes forever and the ones who set out with no hope of return are the ones that are remembered with pain, the people name them fallen heroes.

There are statues among the land that represent a fallen hero. These statues are said to stand in the burial place of the hero that never returned. No one knows who places or creates the statues, but the people who come across these statues, stand and honor the ones that did not return.

Eletroy was the only son of his father Neren and his mother Muraya. His father had hopes that his son would set out on The Hero's Journey since he, Neren, missed the opportunity to set out on the journey himself. It was not in his destiny however, as Neren became violently ill when the clock struck midnight on his 16th birthday. He was washed in sweat for three days and experienced harrowing hallucinations of a fiery dragon. After the third day, his fever miraculously vanished and his health was returned and Neren felt deeply disheartened he had missed his chance.

The Hero's Journey, if done properly according to the elders of Juliviere, has to be done on the 16th birthday at sunrise. A small departing ceremony is organized and the young man is blessed and honored for the courage he encapsulates and the knowledge he desperately seeks.

Neren's near miss with death on his 16th birthday meant he never left Juliviere, instead he became a skilled blacksmith with the help of his master who then became his father-in-law. Neren married his master's daughter Muraya and together they lived a humble life in the outskirts of the town village, upon a small hill where Eletroy was born.

Eletroy's decision to carry out The Hero's Journey was no surprise to anyone. Everyone who knew Neren and his family saw the courage each family member displayed. Therefore, on Eletroy's 16th birthday, nearly half the town came out to bless Eletroy at his departing ceremony. He was treated venerably like a royal prince and many people expected great knowledge to return. An old seer whom now had a reputation for saying bizarre and nonsensical comments, repeatedly muttered "The boy has fire, the boy has fire, he sees fire and will bring the fire."

Historically, The Hero's Journey, has been carried out 563 times so far and Eletroy would be the 564th young Julivien to depart. However, only 377 seekers has returned back to Juliviere to deliver the much awaited knowledge.

There are many speculations as to why some seekers never return. Some say they received a curse from the witches of the East who historically held many grudges towards the Juliviens in regards to the practice of magic. Some say the seekers forgot who they were and became trapped in the world of desires and pleasures. Some say some seekers died within the treacherous and relentless terrain and some say they are yet to return and are yet to complete their path.

Eletroy returned after 16 years. He was 32 years old when he walked through the town of Juliviere carrying an exotic emerald egg. The egg shone a luminous green which attracted every eye that laid their gaze upon it. Eletroy walked gracefully and calmly toward his father who was hunched over a saddle, mending it with his strong and wrinkled hands. Eletroy's gentle but firm hand softly gripped his father's small shoulder. Neren raised his head and slowly turned to see a face of a young man with eyes that sparkled like that of his wife. Tears began to stream down the elderly man's face and caused his face to shine underneath the glaring sun.

The two men smiled widely and they embraced each other with the egg in between them. The emerald egg lit up and the temperature became so hot, Eletroy dropped the precious egg onto the raw dry ground, splintering land and piercing the precious egg.

The egg touched the ground and it created a small crater and caused the earth to tremble beneath the feet of the people who stood nearby.

The egg started to crack and with a splitting cry, a tiny head raised out of the shattered shell and breathed out a puff of smoke.

"A dragon!" a loud voice yelled from within a crowd that had now formed around the crater.

After everyone started to believe what they were seeing, they all searched for the person that had most likely brought it here.

Soon after the dragon puffed out some smoke, Eletroy could feel the gaze of the town looking towards him, waiting for answers.

He announced, "It is me, Eletroy. I return from my journey and I was given this knowledge by the Fire Clan. They gifted me their most sacred tool to protect and to serve. They say their clan is becoming extinct and they have to pass down their knowledge. They gave me this egg and they asked that I name the dragon Elesia. We must take care of her and raise her with respect and honor who will become the protector of this town for many years to come."

With the aid of a young man named Eletroy, Juliviere's knowledge and traditions are always protected and the Fire Clan's knowledge lives on in the Valley.

More stories from Alfiya Laxmidhar and writers in Fiction and other communities.