by Melissa Ingoldsby 5 months ago in Humor 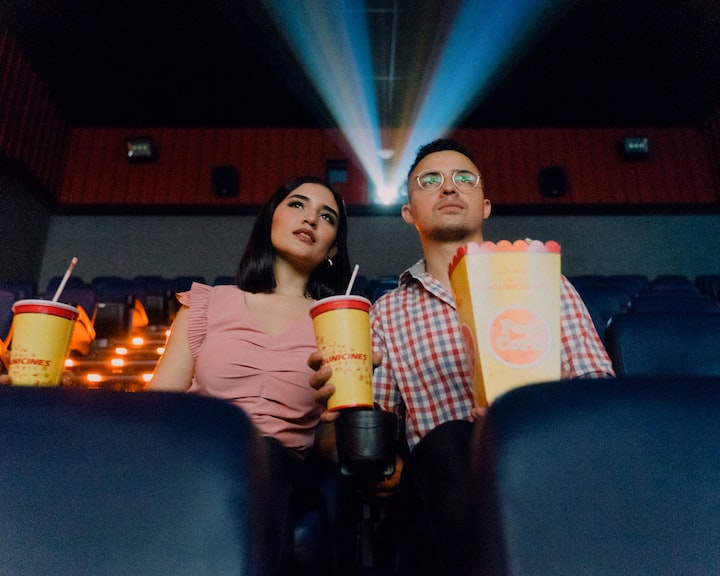 Photo by Felipe Bustillo on Unsplash

I’m finally married to Stan. Thank you so much to Ash and Hudson and Shadow! They are just… I love them all soooo much!!

And I’m a Godmother!

I feel so exhilarated, I could literally not die.

Anyway, I finally got to spend time with my husband. Actual, real…. Quality time——and I watched my first movie.

And the best part is….

Now, we are completely open about our love. And we get to sleep next to one another. In a real bed!

But… I still don’t sleep. Stan is starting to rest longer. Usually three to four hours a night.

Jack told me that I’d be starting my treatment plan soon. I feel so odd about it.

I decided I’d discuss it over—-finally, with Stan in detail.

But first—-our first movie! Together!

We saw two movies. The first one was Kill Bill, volume one.

That one was violent! But… we enjoyed it! It was an interesting revenge tale. Though… shocking and over the top.

But then we watched Persona.

God, it killed me.

It made me feel like everyone was constructed into something for a purpose—-whether they wanted it or not. It gave me the feeling of being constricted. Who you are wasn’t the point—-merely how you can shape and ground society. How you can keep The social order of our rules and our roles in perfect order.

Being unable to truly speak—-I got angry at first at the woman refusing to speak or move or do anything.

But, slowly, I began to understand.

The restlessness of being.

“Is this how movies are? Do they always break your heart like this——or were they made to condition you to that type of pain?” I signed to Stan.

He looks at me deeply, touching my face. He signed, “Bex, this is the human connection—-to experience one another’s pain—-to see things in a new set of eyes. Movies are merely… a vessel to express it in ways we can relate to. I think films are meant to crush you. But, I think that they can also enlighten you. Scare you. And give you joy. Much like life.”

“Why do we all feel like we need to be in a role? Or is that we are already assigned to a role at birth?” I signed, and Stan frowned.

“Society is breaking down. I don’t think we all care so much about that anymore. I think that we just want to survive and have our loved ones be safe and happy. I think back then, it was much more pronounced,” Stan answered, looking at me softly. His eyes were becoming less dark.

“But, is that what makes up life? What is life to you?” I asked him in sign.

He doesn’t sign anything for awhile. When he does, he leans in and kisses my forehead. Then, he signed, “Life is… love. Loving someone or something even if it is hard to do. To express compassion and empathy when it’s the least logical response. To give to others. To be generous and kind. Love. That’s what I think.”

I nodded. “Ben said life is what you do. What you do—-and how you change your world.”

Stan nodded a little. He signed, “And, darling… what do you think?”

“Life is…. Death. Your mortality gives you more of a grounding in reality than anything else. Understanding the nature of who you are—-physically and spiritually——of God and of what we are made of— that can mean life.”

Stan seemed bemused. He chuckled softly. “Your philosophy is changing.”

“Life changes,” I sign. “And yet, people do not. People are the only things that stay the same. I wonder why. The world will drown and burn and collapse—-yet we all preserve ourselves so well. If you collapse along with life, you were always in that state—-albeit muted, until you were uninhibited by any rules to keep it away from the world.”

Stan looked at me contemplating something. “People will change. If it benefits them. If they absolutely need to do it. For survival. But… I feel like you think of people as selfish and cruel and don’t like to be loving to one another.”

I shook my head. “No. I truly believe that some people do things even without a benefit to themselves. Usually, it is also fear that helps them to do it. Fear of judgment. Fear of God.”

“Do you believe in God, Bex?” Stan asked in a subtle sign.

I nodded. “Yes. There must be something out there that created this—-all of this. We are too complicated and innovative for this to be… nothing.”

Stan gave me this disturbed look. “Nothing? So the… lack of God or prescence of God determines our value?”

“Not our value. More of our… eternal value.”

Stan nodded. “So if there is a God… our eternal value is forever. But… if it’s… if God isn’t real…. Then we merely only live in some small space of time. Much like a bird or a spider or a fish?”

“Do you feel certain?”

He nods… taking my hand, “Bex… I feel God. I feel God in everything. Life pulses with the divine. Even the lowly ant—-everyone and everything—-pulses with a purpose. Even if we can’t see it.”

“I think that purpose is what you make it. But… it does feel safer to believe purpose was already written out… set in stone… before we were ever made. I just… want to think I have more control over myself and my life than that.”

Stan sighed. “You are. But—-something written down doesn’t mean permanence.”

I signed, looking a bit frustrated. “So, a divergence? Something veering off a planned path?”

“No,” Stan signed assertively, “More like… something that could happen. A set of roads. Which one you take—-is up to you. But, either one of those paths——could be as ultimately designed as the “right one,”. If you pick wrong… then it was still a part of the plan—-you just decided to go for an easy solution rather than the long, difficult one.”

I shrugged, “I think that you might be right. Still, it doesn’t feel safe to me that everything is predetermined… rather it makes me feel like my life is… fake. I want to control it.”

He smiles, and moves close to me. “You are not fake. Either is your life. Or mine. Just think of it like this… life has a general way for us to live. But… the little decisions… the big ones… the way we act and treat others… is all up to us.”

I nod, biting my lip.

I shrug. “I feel like I… sometimes question myself, my motives… and getting this treatment. I want to be free of being so restricted by my condition. But it’s all I have ever known.”

He nods, pulling me near him. His arm wrapped around mine, I feel better.

“Do you think it’ll erase your identity?”

I frown. “In a strange way. Though, I know I’ll be who I am no matter how I change physically.”

“Bex… this will help you live longer, too… at least. Jack told us that.”

“You are completely nervous… that’s normal. Just think on it. Try not to worry.”

Stan looks at me funny—-then there’s disappointment. “Well… living this way… it has gotten me to see things in your eyes. I understand it. But… when you go into those hypnotic, catatonic states… it’s like you are… you exist but everyone around you can’t reach you. You are in this different plane of existence. It crushes you. I don’t ever want to see you suffer that way.”

“What If becoming a zombie was the right path?” I sign, exasperated. I see Stan look at me, almost defeated.

Stan sighs. “Look…” he signs back. “I always loved you the way you were.”

I nod. I sign, Are you feeling better? More alive?

Stan shakes his head. “I didn’t mean that zombies weren’t really alive. I meant… it’s a different state of consciousness. It’s not bad. Please don’t get me wrong.”

“Then I feel better,” I signed, and he smiled.

“Sometimes, you act more alive and vibrant than some humans I’ve known. I truly mean that, Bex.”

I smile and nod. The humming in my chest feels like a dull thud—-then a rapid trickle of rain—-flooding my heart—-and I sense it.

The dread of living eternally.

It felt all the same.