by Fashion O Day 2 months ago in Horror
Report Story

I never want to back to this memory 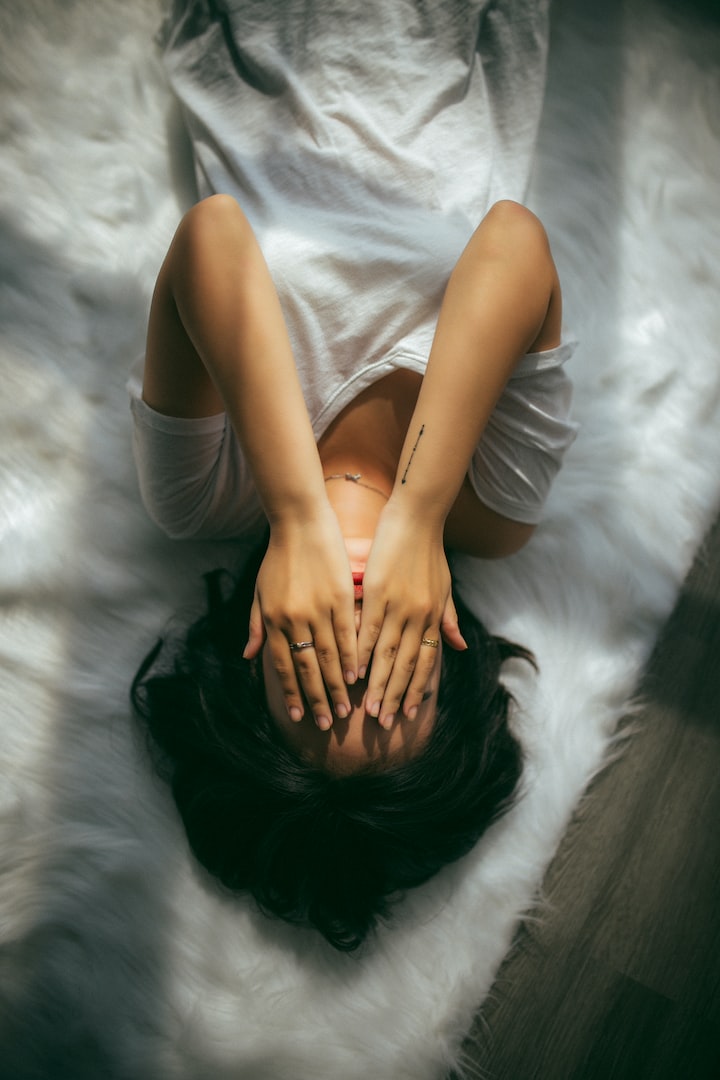 Tears began to flow down her cheeks.

Ann turned to run but before she could take a single step, the vision before her disappeared, leaving a blinding white light once again. She blinked several times, wiping the tears from her eyes.

Ann shook her head violently in an attempt to make sense of it, but she could hardly believe anything that was taking place. Had this dream just taken place?

The sound of a door opening filled her ears.

Ann snapped out of her thoughts as she looked around the room, trying to get her bearings.

“Mom?” Ann responded weakly, struggling to stand as she clutched her head with both hands. Her mom hurried toward her, placing her arms gently around Ann.

“Are you all right? Oh my God… I thought something bad had happened….”

“I'm fine, Mom,” Ann replied quietly, forcing a reassuring smile as she placed her hand atop her mother's, rubbing small circles along the back of her hand.

As soon as the words were out of her mouth she felt a sharp sting in her chest. “Ow!” she cried out, grabbing hold of it tightly, wincing in pain. She brought her other hand up to rub at the area as she watched her mother frowning anxiously down at her.

“Is everything okay? Are you okay?” Mrs. Crawford said again. Ann nodded, letting out a deep breath.“ She shouted out loud and pulled her hand away from her chest with a gasp, looking down to examine it.

Blood trickled out of her fingers, slowly dripping to the floor beneath them.

Her mother looked up at her, her blue eyes filling with concern and confusion.

“What is it?” she asked, her expression turning serious.

“I think my chest hurts,” Ann answered shakily, biting her lip as she tried her hardest to ignore the stabbing sensation.

“I think I've got blood poisoning or something. “Maybe we should call the doctor?”

“Yes, yes, let me do that. Stay right there,” she replied, hurrying over to the phone. Ann sat quietly as Mrs. Crawford called 911, holding onto the edge of her bed while she awaited her return. As soon as her mother stepped back inside the room Ann jumped to her feet, rushing over to her, gripping her arm tightly."

Her mom was so scared, rushing toward the kitchen, leaving Ann sitting on the bed, still holding her bleeding chest as she listened to the sounds of her mother calling for help in the kitchen.

Once her mother returned she knelt beside her daughter, reaching out her trembling hand to press a damp cloth against Ann's wound, Ann flinched, hearing in agony and clutching tighter to her chest.

“Let me see,” she said gently as she gently pried Ann's hands off of her, pulling the rag away from her chest. She looked up at her anxiously. "We don't have enough ice, do we?"

"No," Anna replied softly as she closed her eyes in pain, allowing herself to lean against her mother's shoulder as she wrapped her other arm protectively around her midsection.“

As Mrs. Crawford continued to wipe the sweat from Ann's forehead, she looked worriedly over at her daughter.

"Ann," her voice quivered as she spoke. "You know you can tell me anything. Is something going on that you wouldn't tell me about?"

"Nothing's wrong." Ann lied, although it hurt to even say those words. Something was wrong. Very wrong. But her mother didn't need to know that; she needed to believe whatever lie she told. That was all that mattered now. All that mattered was protecting her mom; no matter how badly this all hurt her.

“It's nothing important mom, please forget I even mentioned it,”

It's just that I met someone. Someone who I thought was special. A man. She had to exclude the supernatural nature of this man as there was nothing to prove it.

"He's come to visit me every night since I came home from Los Angeles." She continued.

The words were tumbling out of Ann's mouth almost without conscious thought, a feeling of warmth spreading throughout her body as she realized she'd finally started talking about him again.

“He's been visiting you every night?” Mrs. Crawford questioned curiously.

“Yeah. And I thought he loved me...he did. He did. But after two years, after we were together for almost eight months, he became obsessed with seeing me. It was a horrible mom. He would watch me. Observe me. Touch me. Kiss me. Everything…He would stare at me all day and talk to me like I was some kind of doll." Ann frowned. She couldn't bring herself to describe what he was doing. How he looked. The way he seemed to stare right into your soul.

He watched me every morning as I awoke. Watched me when I went to school. Even though it meant getting teased constantly about being late for class, he seemed so content to simply be near me. At first, it confused me. I wondered what he wanted with me.

There were too many memories she wanted to forget.

“But he left me alone suddenly,” she said with pain.

"And then one night, when I went downstairs for dinner..." Ann paused for a moment, closing her eyes briefly as memory flooded her mind, the pain returning to her chest as well as overwhelming her. "… I couldn't breathe. I felt like I was suffocating,” she explained.

"How could you be choking? You were eating," her mother replied quietly.

"That's not what it felt like! It felt like he was pushing something into my stomach! Like he had stabbed a knife straight through my stomach! My chest hurt. It was as if I could barely breathe. It felt painful.

Mrs. Crawford gasped slightly as her eyes widened. She had known Ann had suffered from asthma and allergies since childhood but never suspected they were related. Not in the slightest. "Did you tell anybody? Did anyone try to help you?" she asked worriedly.

It was horrible. I was screaming for my father and for someone to help me. I wanted to scream but all I could do was choke, and choke, and choke…" Tears streamed uncontrollably down her face as she remembered the terror and pain she felt that awful day. It had been horrible, so utterly dreadful. Just hearing those words from her mouth made her feel sick to her stomach.

There had been screams echoing endlessly. She shuddered at the mere thought.

"But nobody heard me," she whispered.

Her mom hugged her close.

"Nobody heard me until I saw his dead body lying on the floor of the house."

"What?!" Mrs. Crawford exclaimed, pulling away.

"It was horrible. He wasn't just dead. There was so much blood everywhere. The police found his entire body covered in it. They were saying that it looked as if he was trying to hide a murder."

"Who could have done such a thing?” she whispered as her face twisted with emotion.

"I don't know,” she murmured, lowering her eyes guiltily. “All I know is that it must have happened somewhere in town."

"So you think...that whoever killed him...might have done that...because you told him about the secret place?"

Mrs. Crawford clarified, leaning closer to rest her head in Ann's hair as she held her tight. Her heart ached for her daughter. What else had gone on in her life that she hadn't seen before? Why had her daughter kept secrets from her all these years?

They stayed at the hospital for three more hours after that, waiting to hear about Ann's condition. Ann remained awake most of the time. The doctor had given her a sedative when he'd come to check on her earlier, as well as antibiotics to prevent infection. It seemed to be working.

Mrs. Crawford had gone home to get some sleep, taking Ann to bed with her.

More stories from Fashion O Day and writers in Fiction and other communities.