The End of the Beginning

by Brian Gracey 4 months ago in Love

Life is a journey that sometimes never starts... 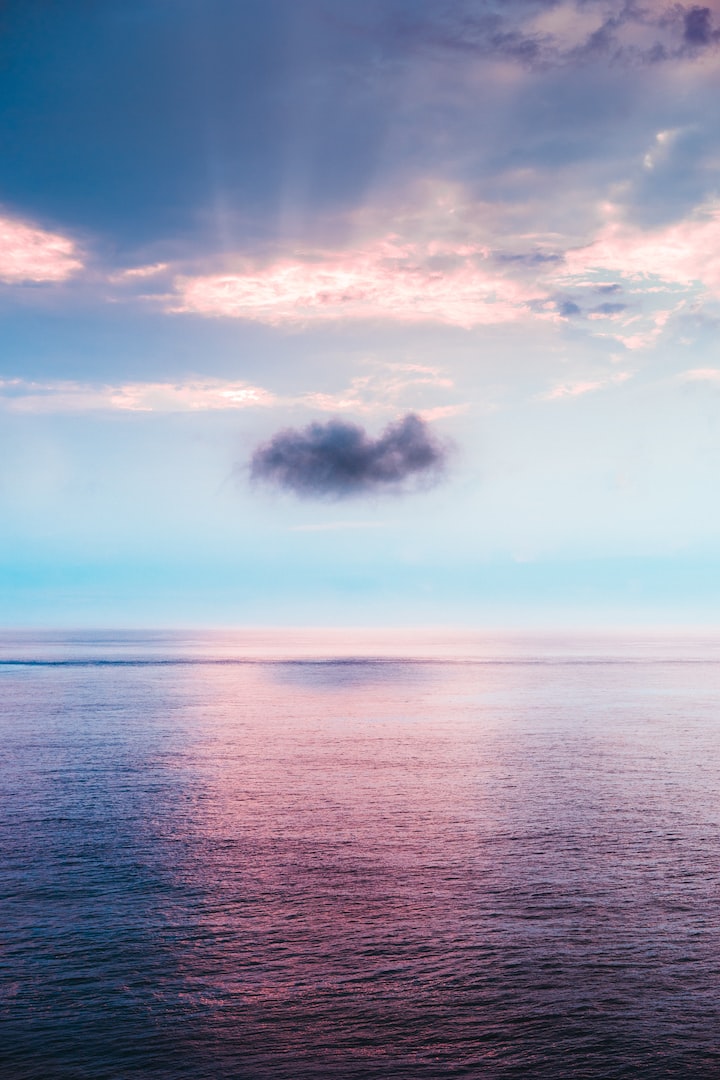 Photo by Pawel Nolbert on Unsplash

The rations were almost gone. The water and the dried bars. All of it. Tom dug the heels of his palms into his reddened eyes and looked out across the open water, looking for any sign of land. All he could see were waves with white crests, blue sky and yellow orb reflected upon the undulating surface, and those dreaded triangular fins circling. It had been nearly a week since he escaped the cruise ship, a week since his girlfriend passed in her sleep as the virus overtook the liner.

He snuck out of his cabin in the middle of the night with only the string bag he had gotten as a souvenir at the last port filled with five small bottles of water and three protein bars he found in the nightstand beside his companion's now decaying body. Tom wanted to grieve, and felt a lurch in his gullet as his eyes welled with tears, but there wasn’t time.

The announcements from the crew had ceased, first the Captain had ceased making announcements, then the First Mate, and lastly, the voice of the activities director. Stay in your cabins they had said. Help is coming. But they had been quiet for days. The food deliveries had dwindled from three squares a day down to one platter of random snacks and a bottle of water or can of soda every twenty-four hours. Maybe.

It was Cheryl that had held some back in the beginning. Tom hadn’t even considered it, and only found the small stash after the virus had taken her from him. She had always been so strong, so driven, and though she had to live with lifelong illness, she always lived life and had fun and experiences, pushing herself until she couldn’t anymore. And even then she didn’t complain. She simply said no more.

Certainly her struggle is what likely made her aware that she was sick, while at the same time hiding the sickness from him. Normally she would not have done that, not with him, but this one time she must have tried to ease the burden Tom would face as a survivor. Cheryl must have figured out he was immune within days of falling sick herself. They had done nothing to protect from each other, no masks, no distancing. They held each other for hours on end, face to face, just breathing each other in. Certainly if he had been vulnerable he would have gotten it from her.

He had felt a wave of nausea wash over him again as he moved through the empty corridors, possibly from noticing every door, every single one, had a notice pasted upon it, some of crisp paper in a plastic sheet protector taped neatly, some a handwritten note slapped on hastily, and still others a simple black X quickly slashed on with a marker or paintbrush. Possibly from the erratic, certainly uncontrolled movement of the ship that he assumed had been adrift for several days with either no one on the helm or possibly just no one who knew how to pilot the ship. Tom wasn’t a seaman, but he was fairly certain that the engines had stopped days ago, and before the satellite network appeared to have gone down, his phone’s GPS indicated that they were in the middle of the Pacific.

Most likely though it was prompted by the thought of how special this trip was supposed to be, and how much they had both been looking forward to it, even if for different reasons. Cheryl had been talking about it for months before, beaming as she discussed it with her family and her co-workers. She had never been on a cruise, and to her, as she explained it, the idea of being on the open ocean, the massive ship aside, would be like being in a void, or in space. Particularly at night. And there at the end they weren’t even allowed to use the balcony to enjoy those nights for fear of passing infection to neighboring units.

He knew it was almost certain death to get off the ship with nothing but a few rations and the emergency beacon that they heard during orientation was built into the rafts. But Tom was beginning to fear that even if there was help out there, it wasn’t coming for the ship. Without a doubt someone, at some point, had reported the early rate of infection on the ship, and then certainly someone had to extrapolate the current rate. If Tom were in charge, the ship would be a lost cause. And so, with nothing left for him on the ship, he left it.

That was a week ago, and since then he had been drifting. Tom knew he wasn’t going to die of the virus. What he did know, now with deadly certainty, was that he was going to die. The only question is whether it would be of starvation, or as food for the sharks that had been circling him for a few days. As he knelt in the raft, his lips chapped, his skin burned, and the sun beating down upon him, he pulled a small, felt covered case out of his pocket. Opening it, Tom could feel his eyes wanting to water.

Within it was the reason that he was so excited for the trip. The reason that he had planned it at all. Cheryl had graced him by being in his life for five years, and every day of it was a delight. Nothing perfect of course, they had difficult times, but Tom felt that he was better for her influence, and even in the difficult times they loved each other in a way that he had never known. This was to be the completion of that journey, and the beginning of a new one.

Receive stories by Brian Gracey in your feed
Brian Gracey
Read next: A Bitter Pill