The Earth Reclaims Her Own

by Terrye Turpin 9 months ago in family
Report Story 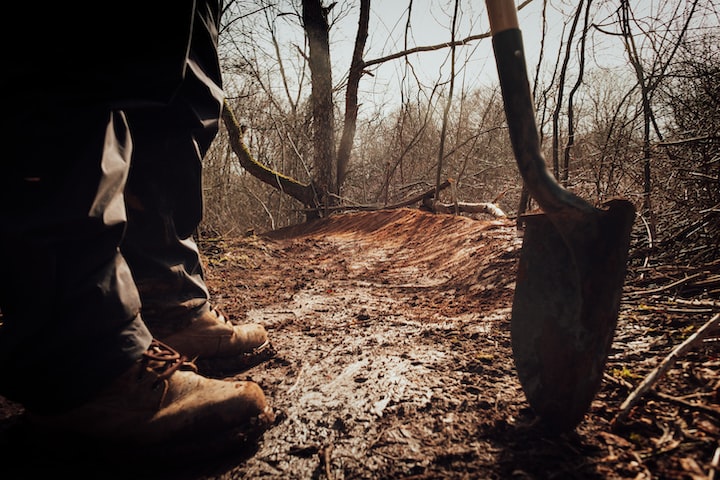 A ringing phone in the middle of the night never brings good news. The voice on the other end of the line was my sister’s. Our mother was dying. The cancer she’d battled for the past year had at last neared the goal line, a ruthless opponent.

“If I can’t get a flight, I’ll have to drive,” I said. I rubbed my eyes and struggled up in bed, glancing at the alarm clock on my nightstand. Three A.M.

“Hurry.” Dana, my sister, never spoke two words when one would do.

It was the week before Labor Day, and I didn’t have any gigs or studio time scheduled, hadn’t in months, so leaving meant stuffing some toiletries and a change of clothes in a backpack. I added the black dress I’d last worn to a Nashville nightclub, celebrating my boyfriend Ray’s recording contract. He’d moved on, but I still had the dress. I threw in my best pair of heels, the ones with the fewest scuff marks, and left for East Texas. That early, at least the highway would be clear.

Dana called me when I was somewhere outside Dallas, to let me know there was no more need to rush.

I pulled over at a truck stop, crying while big rigs rumbled past my Toyota. A fleeting thought, that I might just as well turn around and head back to Nashville and let my sisters, Reba and Dana, handle the funeral, but then I imagined my father, alone at the mercy of those two women, and I swung back onto the interstate.

I pulled into my parents’ gravel drive at two in the afternoon. The outside of the white frame house I’d grown up in hadn’t changed much in the fifteen years I’d been gone. Mom’s garden, always so carefully tended, had gone to weeds. Dried brown plants wilted in the red clay soil.

I’d last set foot in Cherokee County five years ago, when I brought Ray home for Christmas to meet my family. The two-story, built by my great-grandfather in the days before air conditioning, now had central heat and cooling, courtesy of my youngest sister Reba. She was an attorney specializing in oil and gas, working for a big outfit in Houston.

Inside the house, my dad lay stretched out asleep on the couch in the living room, one of my mom’s crocheted afghans pulled up to his chin. Dana came out of the kitchen to greet me, sudsy water dripping from her hands as she pulled me into a hug, her rounded belly bumping my front.

“You ever gonna have that kid?” I asked.

“At the funeral home.”

“Oh. They’re both there. I mean, we called Muldone’s this morning, first thing. Reba is there making arrangements.”

I followed Dana into the kitchen where glass casserole dishes topped with foil covered the table.

Dana shook her head and motioning with a finger to her lips, she drew me to the laundry off the kitchen.

“Not good. Mom had a will, she planned her funeral ahead, paid for and everything.” Dana looked over my shoulder before she continued. “She wanted to be cremated.”

“I thought they’d be buried together in the family plot,” I said. I knew this was what Dad had wanted — eternal rest in the red dirt, under the cool shade of a bur oak tree.

My father had worked forty years in the oil fields, starting as a roust-about when he dropped out of school at sixteen. He worked his way up to roughneck right before he met and married Mom. And before us kids were born, he’d fought fires with Red Adair, battling oil well blazes so hot they burned day and night, lighting up the night sky with a pillar of fire like Lucifer’s candle.

Reba joined us at the house that evening, her husband and Dana’s would come in for the funeral, but until then it was just us girls and Dad. After a dinner of fried chicken and mashed potatoes, blessed by the ladies of Good Hope Baptist, we settled on the front porch to watch the lightning bugs flash and listen to the bull frogs’ solemn croaking. Dad brought out a cooler of Shiner, and an icy bottle of cola for Dana.

“Dad,” Reba said, “Do you remember the time you caught Nikki smoking?”

“Hey,” I said, “you both snuck cigarettes out of Mom’s purse. I was just unlucky enough to be caught.”

Dad toasted me with his beer bottle. “I had to keep you in line, make you set a good example for your little sisters.”

“Well, I never smoked a cigar after that,” I said.

My father had caught me smoking under the bleachers at a Friday night high school football game. Dana wasn’t with me that time — she was up in the stands playing clarinet with the marching band, and Reba was on the field cheering on the team. For punishment he brought me home and made me sit on the porch with him and smoke one of his cheap cigars. The strong tobacco made me dizzy, and I threw up my dinner of chili-pie and orange soda into Mom’s roses.

The sound of Dad’s laughter gave me hope that we’d get through the next few days okay.

The funeral service was a closed casket memorial, at Mom’s request. Cancer treatment had taken her thick silver hair and left her shrunken, her skin yellow and threaded with veins so dark they looked purple. I wondered if this was why she’d opted for cremation — to have the fire cleanse the poisons from her body. Reba had propped Mom’s wedding portrait beside the casket. A bride in white lace. She smiled at us from the framed picture.

Walking to my car after the service, I saw another funeral party gathered in the graveyard. The funeral directors had draped a green carpet of artificial grass around the burial plot, to hide the hole, the scar on the earth.

Half the church congregation had followed us to the house, assorted cousins, Dad’s brother and his two adult sons and their families, all gathered and spilled out into the kitchen, living room, and into the back yard.

“Have you seen Dana?” I asked her husband, Thomas.

“She was on the porch swing a minute ago,” he said.

I went outside to find my sister kneeling in the dirt of Mom’s garden. She yanked weeds and tossed them over her shoulder. Red clots of dirt clung to the roots.

“What are you doing?” I asked.

“Mom wouldn’t want it to look like this,” Dana said. She rubbed at her cheek, leaving a streak of soil that looked like she’d cut her face.

“She worked hard, didn’t she, to keep the garden up?”

“Remember when she had Dad bring in a truck load of manure from the feed lot?” Dana said.

I laughed at the memory. Dad had put us girls to work. He shoveled the stuff onto the rows while we followed behind, using shovels to turn it into the dirt, the East Texas clay so heavy and sticky. Like Mom’s flowers and vegetables, we’d struggled, but put down roots here.

Dana and Reba left that evening, to return to their homes — Reba to Houston and Dana to Tyler. I stayed to help Dad with some of Mom’s things and to help him put the house in order, so I was there when he brought Mom’s ashes home.

“Do you want me to help you pick out an urn?” I asked. They packed her cremains in a plastic bag, inside a plain cardboard box. It surprised me when I realized Mom hadn’t gotten far enough into her planning to figure what would happen after the funeral. Maybe Dad would scatter them.

Dad looked at me then, as though he were figuring how I would react to bad news. “She wanted to be buried in her garden,” he said, “and so do I.”

I followed him outside, where he set the box of ashes down and picked up a shovel from the shed beside the garage. He paced off a spot in a corner where the shade from our willow tree fell in the afternoon, then scooped a shovelful of soil.

“Are you sure you can do this?” I asked.

“I’ve been digging and toting most of my life, I guess I can handle this,” he said.

Dad rested his crossed arms on the top of the shovel handle. “You see anyone here to stop me?”

He went back to digging while I stood beside him and tilted my face to the sun. The leaves on the willow rustled as the wind stirred them. Several, already blazing yellow for the coming fall, fluttered and twirled to the ground. The mound of red dirt grew beside the hole my father dug, and the air filled with the scent of fresh-turned soil.

“And what…” I began, “I mean, who will be here for you?” The thought of the house, empty with my father gone, caused a pain in my heart.

“I been meaning to talk to you about that. Seems you could be a songwriter here just as well as in Nashville.”

I turned the idea over in my mind, sifting the image of me, sitting in the front porch swing with my guitar, comparing it to what I might have waiting for me back in Tennessee.

“All right,” I said. I took the shovel from my father and began to dig.

More stories from Terrye Turpin and writers in Fiction and other communities.