by Amethyst Champagne 2 months ago in Series 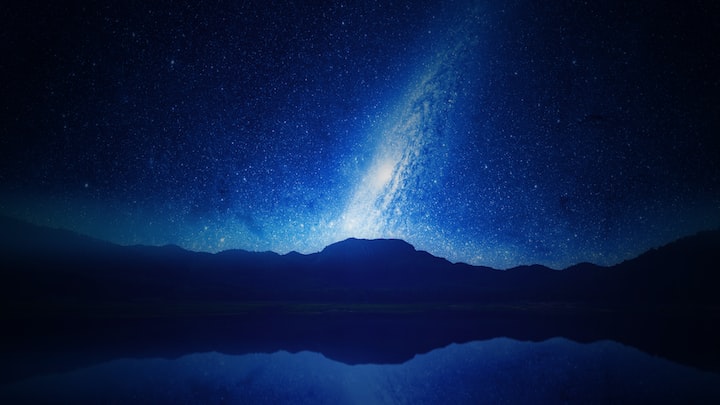 "Get down on the ground, now!" one of the guards barked. "And put your hands in the air."

Someone hit the side of her head with the butt of their gun, "How dare you mouth off to me!"

She glared up at them, blood trickling down her temple. "Screw you, jackass!"

He grabbed her hair, yanking her upward, "You're just lucky the doc is your dad, or you would be in a world of pain right now."

Ava kept her mouth shut somehow, going down to her knees. She couldn't afford another blow to the head and didn't want to put Jessica at further risk of punishment.

Skye remained in the bed but had her hands in the air, the fire evident in her brown eyes.

Ava hoped Nash and Galen were close because there was no way they would get out of there without help.

Another guard directed his attention to Ava. "And where do you think you're going?"

She glared at him, "Away from here."

He too grabbed her by the hair, "I don't think so, honey. The boss wouldn't like it if one of her girls ran away."

Ava winced. Her? Why would a woman do this? Capture girls and get them ready for breeding? It didn't make any sense.

But if the boss was a woman, who the hell was the guy in the fancy suit? More and more questions now. But she would have to wait to get answers. These guys didn't seem to be in a sharing mood.

Ava grabbed at her head, "Maybe I don't give a shit."

He went to strike her, but the doors exploded open.

Ava was shoved to the floor as the guards scrambled to their positions, and she crawled towards the bed for cover. She didn't look up right away, but a huge grin formed on her face.

"Get them!" A guard yelled.

"Yeah, like those will help you," Galen cackled a little. "Now, are we gonna be reasonable, or will we have to teach you a lesson?"

A gun fired, followed by yelps.

Ava lifted her head, seeing Galen holding the guy upside down by the ankle. "I guess we'll have to teach you boys a lesson."

She glanced over, and her breath hitched.

Nash stared at her with an intensity that should have scared her, but instead, it made her core warm and tingly. Out of all the times for her to be aroused, it had to be during a fight.

But then the humans began attacking them and his gaze moved from her. Ava ducked again, Jessica and Skye joining her.

Jessica covered her head. "These are you Wanderer friends?"

"They don't seem so bad, although that one guy looked like he wanted to eat you," She smiled, "and not in the cannible-way either."

Ava blushed, but she couldn't be mad at her.

Skye snickered, "You really are something else."

Galen leaped in front of them, and Jessica yelped, "What the hell, man?"

As they shuffled out of the ICU, Ava couldn't help but watch as Nash took on the guards. She frowned at how slow he was being with fighting them but then grinned. He was keeping them distracted.

Stepping out of the ICU, Ava released the breath she had no idea she'd been holding. Her head and body hurt a little, but the pain meds and adrenaline kept it at bay.

Galen lowered his weapon, walking towards Skye, "Are you ladies alright?"

Galen looked at her, "It means someone is working with the mother ship."

He continued moving, "Let's go before more guards swarm us."

Jessica jogged to catch up to him, "Like that's an issue for you."

"I'm not worried about myself."

Jessica stopped, "Wait, what about the girls, my dad, and Max?"

Skye turned back to her, "Who's Max?"

"My brother. He's a guard, but we can't just leave him or any of them!" She began to panic.

Galen's expression softened, and he stared her down, "We have a plan for them."

She calmed a bit, and they resumed jogging to the exit.

Ava certainly hoped he was telling the truth, or else he would be in a serious world of hurt.

Humans were sometimes so weak.

Although Nash held back his rage, it barely took him any effort to knock those male human guards onto the ground. Nothing was satisfying about his triumph except for the females being able to exit the room uninjured.

He had barely held himself back when he saw Ava with all of those bruises on her face and body. It had been a miracle he hadn't lost his mind, his urges calling to him.

But she was strong and smart. So he had to be the same.

Once the fight was done, Nash scanned the room, lip curling. Why did these humans have Wanderer technology? He knew they couldn't have stolen it.

He opened every available pocket his gear had and snatched everything he could from the room before walking out. He'd make sure Dae'lon and the others cleaned this vile place.

Nash carefully walked down the corridors, scanning for more guards and any females he'd missed before, who were all now awake and clearly afraid. He wasn't sure what they feared, though.

Stopping, Nash turned and saw an older human male with a white coat. "To rescue the females."

The human smiled, "So it's true. There are Wanderer rebels."

Nash tilted his head, "You seem happy about that."

"Because I am." He walked forward. "Can you help me find my son?"

"Because I want to come with you, and I saw my daughter with your companion." The human stood straighter. "Plus, I'm a doctor, and I know humans live on your base."

Nash knitted his brows, then nodded, "Very well. I will help you."

"But you do as I tell you." He handed the doctor his spare gun. "What does your son look like?"

"He's technically a guard, but he's being forced into it."

Nash related to that, pushing down his need to mate. "Okay, let's go find him."