by Sally Tindall 2 months ago in fiction
Report Story

A campfire, horror story about a man who has no hesitation, and will perform his duties, as instructed. 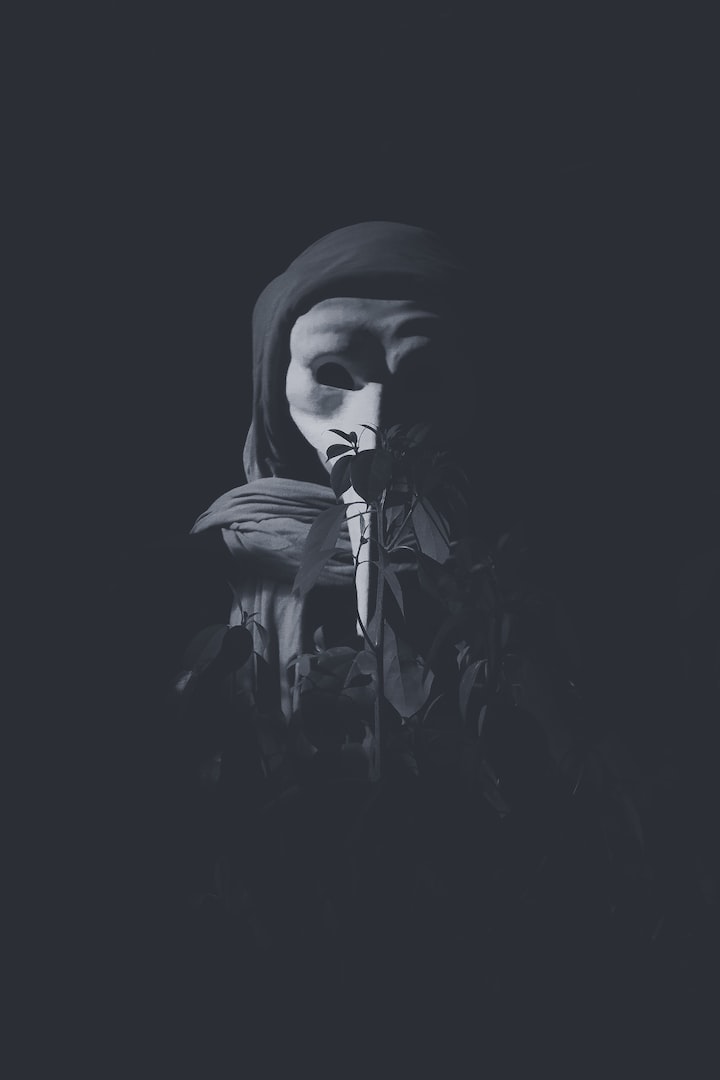 Photo by Fabien TWB on Unsplash

Outside, the moon was illuminated in a white glow, offering solace to those that roamed at this time of night. But inside the cabin, The Collector separated the freshly carved individual rib bones into sizes; smallest to largest. Clinging to the bone, muscle dripped thick red droplets into the weathered floorboards as the cartilage glistened with a plastic shine. He shifted between carcasses; placing the samples he had removed on the table to examine the purity of the extractions.

He was fortunate to have found this cabin as it had been a slaughter throughout the night. Thick brushes of low dwelling shrubs had made it difficult to track his prey through the forest, though, there was only one left of the family of seven that needed to be hunted.

The Collector waited in the forest, aligning his bloodied curved knife in front of his masked face, as a light drift of wind moved through the bristled leaves. A cold silence fell over the forest.

The Collector's eyes, darkened by the limited light, twitched towards this pathetic sound and the chase began.

Sprinting through the narrow woodland tracks, he had found the child, cradled against the base of an Oak tree. A boy, no older than six years, struggled to compete against his breath and began to sob. Staring at this masked hunter, the boy’s eyes pleaded for a sign of remorse. It would be the last member of the seven The Collector would claim this night.

Without hesitation, he sliced the child’s chest in an upward strike, as the boy’s cry howled throughout the forest.

By midnight, The Collector had managed to drag all seven corpses through the woods, towards the abandoned cabin. The adult’s eyes still had a shine to them, despite no movement, whilst the childrens remained closed.

Seven bodies were laid out in a horizontal line within the main open living room, which allowed the burning embers from the fireplace to provide a sharpness of light to the work about to begin.

With a flick, he strapped on his white silicon gloves to his skilled lethal hands, casting menacing shadows in the walls.

Starting with the children’s bones, he detached his suture kit from his sack. Syringes plunged into each bone, sucking out a pasty, yellow marrow concentration. His microscope rested on the window sill and each sample was tested, searching for the perfect micro-matrix secured within the marrow. While he was only required to retrieve one sample as proof to his employer. The Collector took delight in taking kill trophies as he would only keep the best.

Disappointed with the results, he removed a piece of purple silk from his sack and gathered the three childrens' ribs. Carefully, each was placed against one another.

The Collector returned to the edging of the forest, cradling the bones as if a new born held his arms. He spotted an Oak sapling, and careful not to disturb it, he planted the bundle, silk and all, gently beneath its roots.

“From this world to the next world you go,” he mouthed, as he blessed the bones.

Returning to the adult corpses, he shuffled through the remaining bones, looking for the perfect specimen while tossing the numerous useless samples into the fireplace.

And there it was. The eldest female rib with the perfect composition.

Removing the lid from his water canister, he washed away the remaining blood and attachments before laying it on the table.

The disembowelled corpses would need to be buried in the forest.

In the dead hours prior to dawn, seven shallow graves had been dug into the soil around the lonely cabin. In a meticulously placed pattern, each body was laid face down in the dirt, with their mouths forced open with barbed wire. The Collector knew this technique would allow the worms and fungi to decompose the remains quickly and quietly, leaving no trace.

Throughout the years, The Collector had perfected his art, but this night was his best work. His employers would be indeed pleased. He did not know why this family had to die, nor did he care. He had no remorse as he was blessed with the touch of death. Their existence had no meaning in his world.

Inside, his once perfectly lit fire started to splutter and collapse, as the tepee of discarded bones charred and crackled in the embers.

As he packed up his kit and sealed the female specimen in his sack, he crossed off the seven from his list, and looked towards the next name on the list.

A runt, who would gather around a firepit on a night like this, would be killed.

More stories from Sally Tindall and writers in Fiction and other communities.