The Butcher and the Wolf

The moon was eerie at night, and the dark clouds covered the moon, giving a very cold feeling. 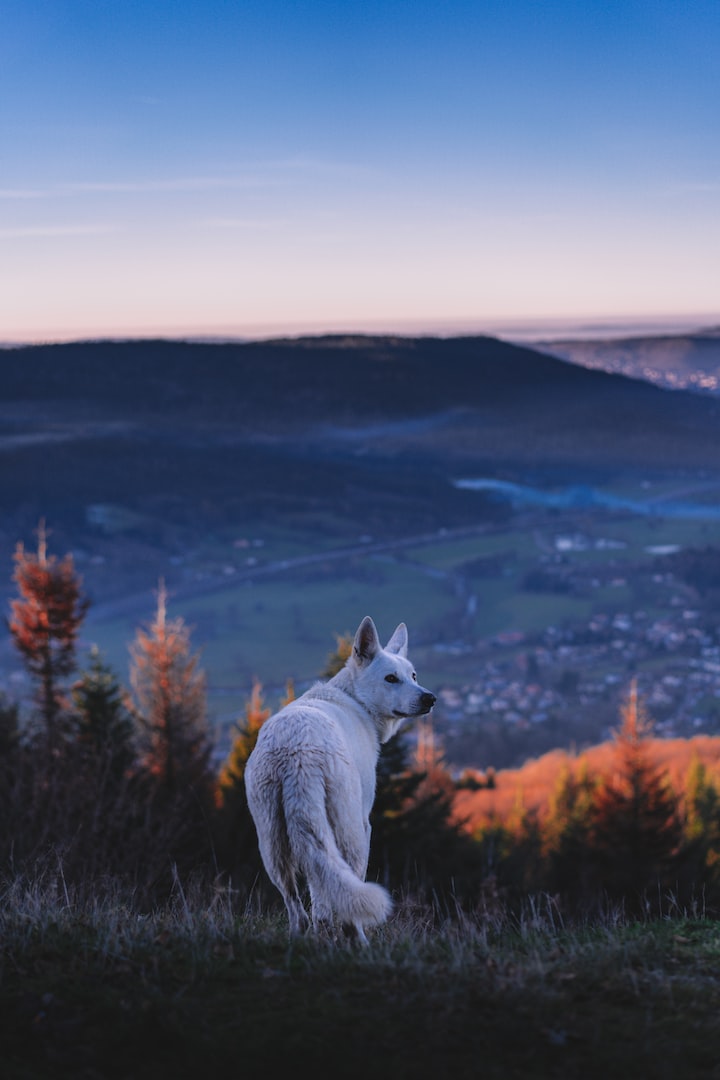 Photo by Alexis Antoine on Unsplash

At night, a stout butcher walks alone on his way home. He usually crosses a path, which is the closest shortcut to reach his home and will save half an hour compared to other routes. He was dressed in a coarse woven linen garment, carrying his belongings on his shoulders, and his figure looked hideous and frightening in the moonlight.

Since business had been good during the day, all the meat he had prepared was sold, leaving only a few bones that he was going to take home to his wife and children for stew. He was in a good mood today, humming and walking, when suddenly he found four green eyes trailing not far behind him, which were none other than two fierce wolves, who were looking at the butcher intently, seeing that they were ready to get some food from the butcher to fill their stomachs.

Faced with such a situation, the butcher's heart suddenly became very apprehensive, but he had no choice, he knew that he could not show fear at this time, otherwise, the two wolves would eat him alive, and he had to walk forward while thinking of a solution in his heart. Finally, he decided to throw the remaining bones at them, but to his surprise, the bones were taken away by one of the wolves, and the other one was still following him. The butcher knew that this was not a good way to go on, but he could not think of a better way.

In a short time, the bones were thrown away, but the two wolves had no intention to leave and continued to follow the butcher insatiably. The butcher saw that the two wolves would not go away at all, and became apprehensive again, thinking about his critical situation and shivering at the same time. At this moment, the butcher was in a very irritable mood and was thinking of fighting with them, when the butcher suddenly saw a vegetable field not far from the field.

Seeing this, the butcher suddenly had a plan in his mind that he could use the wheat field as a "wolf slaying site", where he could finish off the two wolves. After planning this perfect plan, the butcher finally put his heart down. It is true that when God closes your door, he will always open a window for you, and then the butcher hurriedly ran to hide under the firewood and held his sharp butcher's knife, waiting for the wolves to attack.

At this time, the wolf saw that the butcher had a knife, and the two wolves looked at each other, they raised their vigilance and did not dare to attack rashly, but they seemed very reluctant to let the butcher go like this, and just stared at the butcher with more and more fierce eyes.

In this way, the butcher and the wolves were at a standstill for some time, and neither side took any action. Butcher relaxed a little and suddenly found that there was one less wolf in front of him, and only another wolf was crouching there, looking very relaxed, as if he was fast asleep.

After thinking about it, the butcher thought that this was a good opportunity that must not be missed, so he quickly rushed forward and split the wolf's head open with a knife while the wolf had not fully reacted. The wolf was not yet slowed down, but the butcher quickly made up a few knives, and the wolf was cut to death, did not breathe for a while, and fell into a pool of blood.

After killing the wolf, the butcher was ready to go home, when he suddenly remembered that there was only one wolf, where did the other one go? So he turned around and looked for the other wolf. He saw a dark shadow next to the woodpile and looked carefully, but the other wolf was behind the woodpile ready to attack the butcher when he was not prepared. The butcher quickly ran to the back of the wolf, quickly cut towards the wolf, and finally killed the wolf as well.

Only then did the butcher understand that the wolves that were fast asleep just now were just illusions, they were there to confuse the butcher, and the wolves behind were the ones ready to kill him.

After doing this, it was already very late, the butcher wiped his butcher knife and continued to walk home in the moonlight ......

More stories from Gloria Turner and writers in Fiction and other communities.