The Ballad of Bernie Stubbs

by Shannon Yarbrough 10 months ago in Short Story
Report Story

or Bernie vs. the Cowboys 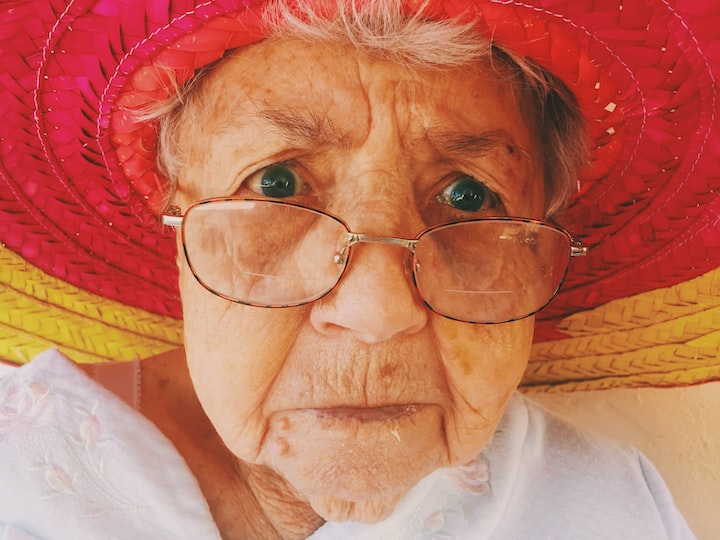 Photo by Repent of Your Sins & Seek Lord Jesus on Unsplash

Bernie Stubbs left the Baptist Ladies' Prayer Group with a frown on her face. Bernie frowned most of the time, but today's grimace was for a specific reason. The group had just voted that no nuts could be used in any of their baked goods at this year's bake sale. Bernie was the only one who had voted against the decision.

"My sons have a peanut allergy," Natalie, Bernie's next-door neighbor, said as she pleaded her case in front of the other women.

Natalie had twin sons, Jaxson and Jameson. Bernie despised little boys, especially little boys with cowboy names. The neighborhood was full of Logans, Coltons, and Austins. And who in their right mind spells Jackson with an x? There was even a boy across the street named Levi. Natalie's boys acted more like wild Indians.

"Then don't bring your boys to the bake sale," Bernie had said to Natalie in front of the other ladies.

"Oh, Bernie, there are lots of desserts we can make that don't require nuts," Tilda, the group leader, said.

Bernie didn't want to make any other desserts. Tilda knew Bernie's Peanut M&M Biscuits were a hit every year and sold out. After the meeting, Tilda told Bernie she should just put regular M&M's in her biscuits. Bernie told Tilda she should stop wearing green eye shadow.

This feud wasn't just about Bernie's biscuits. For years, Bernie had enjoyed dressing as a clown and making balloon animals for the kids at the summer social, but that all changed when Natalie's family started going to Bernie's church.

Jaxson was afraid of clowns, and Jameson was allergic to latex. Natalie pleaded with the preacher to get Bernie to dress as something else and make it a rule that no balloons were allowed. Bernie chose to skip the social that year.

One of the little terrors was also allergic to tomatoes. His mom discovered that after he'd stolen a tomato from Bernie's garden and eaten it. Jaxson, or Jameson, whichever one it was, told his mom that Ms. Bernie had given him the tomato.

Natalie banged on the old woman's door to confront her. Bernie told Natalie she wouldn't give her boys a band-aid if their arms fell off, much less offer the little thieves anything from her garden. Then, Bernie slammed the door in Natalie's face.

When Jameson got stung by a bee, Natalie complained that Bernie had too many flowers planted in her yard. Bernie suggested Natalie keep the boys inside all summer.

After the two little hooligans drew all over Bernie's fence with chalk, it was Natalie who got to slam her door in Bernie's face after Bernie stomped next door to complain. Natalie still sent the boys outside with a bucket of soapy water and made them clean the fence, but that wasn't the point.

Bernie already knew the boys were allergic to nuts. Last year, at Halloween, she'd left a bowl on her front porch filled with little Snickers bars. She didn't like being generous, especially to greedy little boys who lied and stole, but it kept them from ringing her doorbell all night.

One of Natalie's trolls - or elves, or goblins, or whatever he was dressed as that year - had popped one of Bernie's chocolate bars into his mouth before Natalie had a chance to inspect his candy. Natalie told the prayer group they had to rush him to the ER. Bernie's grimace turned into a grin that Sunday night.

In the summer, Bernie learned that Natalie loathed and despised orange flowers. She'd overheard Natalie telling another woman in the prayer group that her husband had bought an entire flat of orange marigold flowers for the planter boxes beneath their windows. Natalie made him take them back to the store!

Bernie preferred tending to perennials that grew back every year. A marigold flower was an annual that you had to replant. If the tiny orange flowers would test Natalie's nerves, Bernie thought they'd be a perfect addition to her garden.

She planted an entire row along the side of the fence that faced Natalie's house. Bernie also dug a small memory garden near the road to honor her cat, Bootsie, who had been hit by a car many summers ago. She filled the garden with orange marigolds.

Days later, she noticed the flowers by the fence had started to die. At first, she thought they weren't getting enough sun. She soon learned the problem was they were getting too much water. She caught the twin monsters urinating on them! Then, marigold flowers in the memory garden also started to disappear. They'd been trampled or picked by some of the other wild cowboys in the neighborhood.

While Bernie stood outside to survey the damage, a moving truck pulled in front of Natalie's house. Bernie could only hope that the crude young woman and her lizard heathens were packing up and leaving, but the truck was only delivering new furniture. Bernie noticed a pristine white sofa and two matching high-back chairs being delivered. As she looked down at her ravaged flower garden, she had an idea.

The next morning, before the twin boys woke to ruin the day, Bernie put her sprinkler in the front yard. As it oscillated back and forth, spraying water across the lawn, the memory garden slowly turned into a mud pit. Bernie prayed it would entice Natalie's little pigs out to play. She hoped the dirty little oinkers would then return home and ruin their mother's new white furniture.

Bernie decided to bake herself a batch of Peanut M&M biscuits to celebrate. As she pressed the candy into the dough, she soon here squeals and laughter coming from the front yard. Her plan had worked. She peaked out the front window and saw two little swamp things rolling in the mud.

While the biscuits baked, Bernie sat down and opened her bible. She came across Proverbs 29:17, which read: “Discipline your children, and they will give you peace of mind and will make your heart glad.” It made Bernie smile.

The timer on the oven dinged. She took the biscuits out and let them sit to cool. The yard grew quiet. Jaxson and Jameson had returned home. A few minutes later, a blood-curdling scream rang out from Natalie's house. The mother screamed the boy's names with rage and condemnation. Bernie slowly pulled one of her biscuits apart and ate it.

More stories from Shannon Yarbrough and writers in Fiction and other communities.